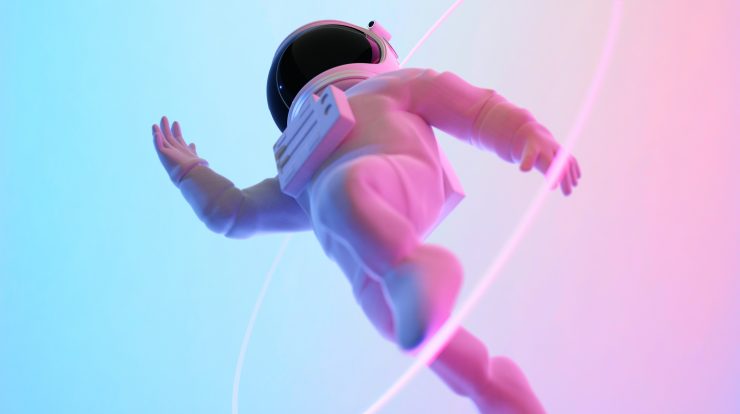 Since the beginning, Mantle has always had a strong historical framework. It’s been top of mind for us as a lifestyle publication to not just find awesome things to feature, but to find the stories behind them as well: the contexts of timepieces, for example, go far deeper than most people realize.

This month, we’re marrying our fascination for the past with curiosity about the future—one of the core ideas of retrofuturism, a concept that’s technically been around for so long it’s not so much a trend as it is a mindset (and a creative movement; more on that in a bit) that gets iterated anew with every generation.

What is retrofuturism, anyway?

Wikipedia cites the Oxford Handbook to Science Fiction, saying that “if futurism is sometimes called a ‘science’ bent on anticipating what will come, retrofuturism is the remembering of that anticipation.” That remembrance is more than just nostalgia, though: it’s a framework for creativity that’s as much about looking back as it is about reimagination.

There are so many ways to discuss and describe retrofuturism, but I don’t want to bore you with academia and theory. Let me show you instead. First, I present Sky Captain and the World of Tomorrow:

That’s a 2004 story that visualizes what a futuristic 1939 would have been like through a pulp fiction lens, complete with giant robots and birdlike flying machines. Even the title is a straight declaration of futurism. All that is a complex interplay of past and future that is many kinds of fun and clever (whether you think the actual story of Sky Captain is fun and clever, though, is a matter of taste).

I mentioned timepieces earlier; have you seen our feature on Nixie clocks? That’s another example of retrofuturism at work, and it’s made concrete in a way that feels like it’s literally stolen from an alternate timeline (I still think about Fringe’s zeppelins). And from that, I can now show you one of the best applications of retrofuturism in popular culture: Bioshock.

As one of the most immersive alternate-history experiences of the past decade, the Bioshock franchise takes players into an absorbing world that explores so many tropes, trends, and cultural touchstones that entire courses can focus on it. It’s one of the icons of retrofuture storytelling, right alongside the reimagined Wolfenstein series and the gaming juggernaut that is the Fallout franchise.

The future is the past is the future

Don’t just take my word for it, though. The amazing Annalee Newitz tackled retrofuturism with wit and aplomb in her 2012 feature for io9, where she highlighted four of the most prominent ways we’ve come to appreciate retrofuturism: camp, anachronism, alternate history, and varied forms of punk.

The fact that a piece from 2012 has only grown even more accurate after seven years should tell you something about the cultural power of retrofuturism.

There’s also Matt Novak’s Paleofuture, formerly of the Smithsonian and now of Gizmodo. It’s one of the best places to find ongoing coverage of futures, both old and new. His past (pun unintended) features can be found on his original site, while his more recent pieces can be found on Gizmodo.

I’d also like to point out something that you might not realize. I mentioned Bioshock as one of the icons of retrofuturism, but there’s one that’s the apex of retrofuture (aside from being the biggest cultural presence of the last four decades).

Ben Guarino talks about that from a design and aesthetic standpoint in his Inverse feature: “Star Wars may have popularized the ‘used future’ trope (the Falcon was and is forever a piece of junk) but it also hearkened back to space pulps where the emphasis was on the feel of tech rather than the reality of it.”

That used future Guarino mentions is what gives Star Wars its timelessness and versatility, and it can sit side-by-side with other retrofuture-friendly aesthetics, too:

If Star Wars isn’t a testament to near-universal appeal, I don’t know what is.

And that brings us back to the beginning: why do people the world over resonate with retrofuturism? I think Newitz answered it best: “Sometimes it’s to laugh, and sometimes it’s to mourn the golden tomorrows that never came to pass. But often, when we look to the future, we want a sense of connection with all those people before us who also looked forward to tomorrow. The failures of history, after all, are what teach us to dream the future better.”