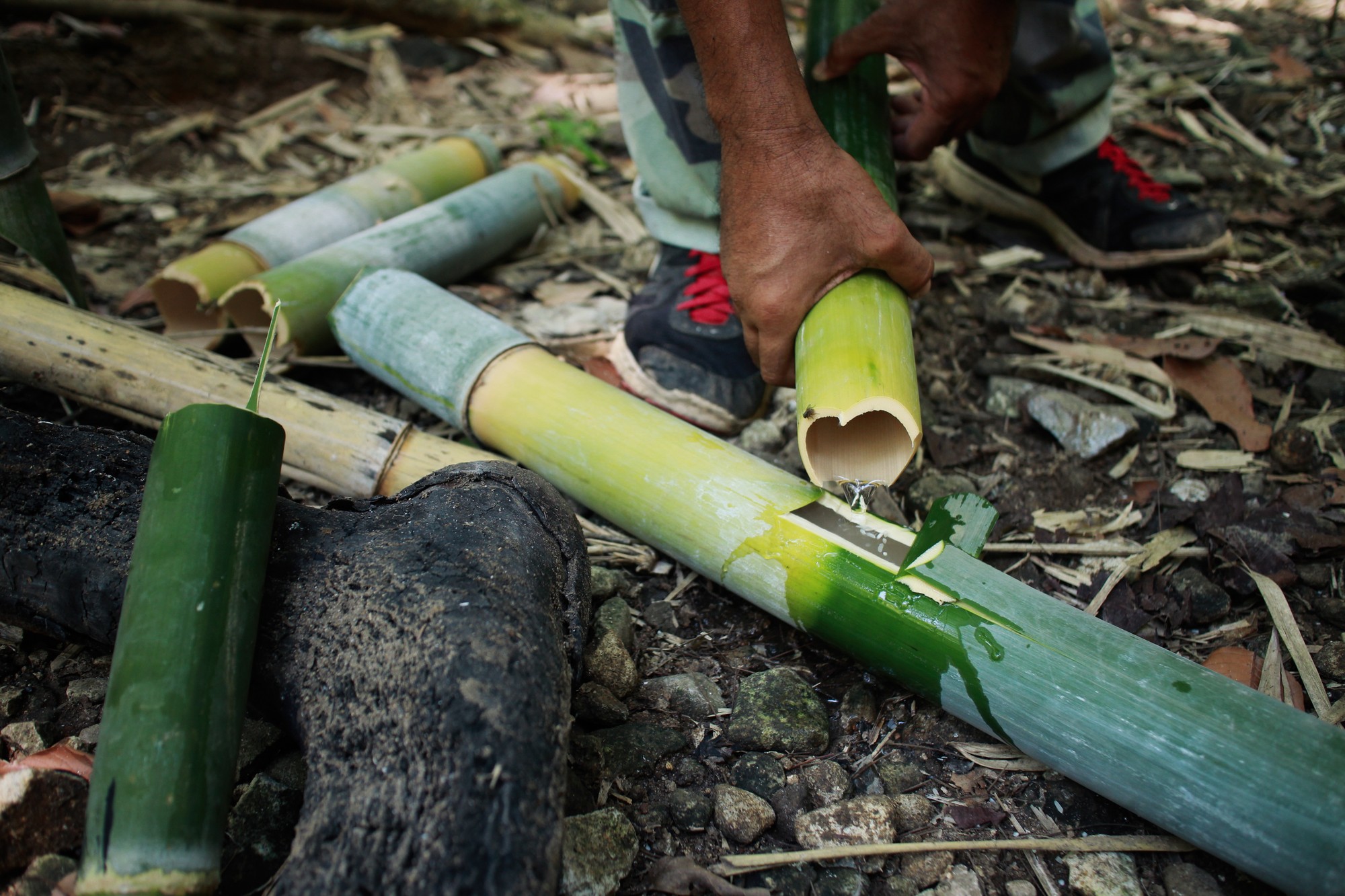 How do you survive in the wild when you get marooned, get lost in the jungle, or go on the run during the zombie apocalypse? Well, for that last one, we can’t say for sure, but you can raise the odds for the other two by learning a few basics.

Some of these we learned after staying in the Subic jungle for a night. During the trip, we were assigned a guide called Panyong, who taught us how to use the materials we found in the jungle to stay alive in an emergency.

Panyong is descended from one of the Aeta tribes, an indigenous group of people whose home lies in the mountainous regions of the country. And just like his father, he now teaches a course on jungle survival, which is also taken by the army and the police.

Here’s what we learned.

Water is everything if you want to survive. Find a steady source of it as soon as possible. Running rivers and streams are ideal, but you can also use any containers you might have to catch rainwater. Wherever the water comes from, you need to boil it before drinking.

You can cut down some vines (the large, woody kind) and drink the water in them. It’s got a really earthy taste, but it beats dying of thirst.

This mostly works in Asia, where bamboo stalks are abundant in the jungle. Bamboo is endlessly useful when you’re stuck in the wild. You can use them as water containers by cutting off a segment and opening one end. You can use them as dishes by splitting them vertically in half. You can string them together with vines to make a shelter. Of course, you need a jungle knife to make things easier, but Panyong mentions that you can make do with a smaller one, just that it’s going to take longer.

The trickier applications (such as setting fish traps and cooking rice) will need to be taught by a guide, and it’s best to learn them if you plan on camping around Asia.

Even a Swiss knife will come in handy. It will take forever, but you’ll get there.

Once you realize that you’re staying in the wild for the night, you have to find a place to set up camp. The ideal spot is in a clearing, near a source of water. However, take note of the elevation, especially when near a river or stream, because once the rain pours, it will head straight to the lowest point: the water level will rise, which might put you at risk of drowning.

If you brought a car, stay in the car.

Dry wood is the easiest to set on fire, and you need to collect as much as you can the moment you’ve found a place to camp. Finding it is even more important when there’s a threat of rain or strong gusts of wind, which will lower your chances of getting a fire going.

Set up an area where you can leave wood to dry. Use bamboo stalks to build a small structure that you can cover with a makeshift roof (leaves, spare clothes). During the rainy season, even if you get an actual fire going, you still need the shelter to keep the rain and wind away.

05. Bring a vehicle that will help you survive

Rugged, take-all-comers vehicles increase your chances of survival. It’s better to have one and not need it than to look for one when you do.

What we took for our trip was the Ford Ranger Wildtrak AT. It’s got good ground clearance, handles well on- and off-road, and has room in the bed for camping gear. It also has a fair amount of space in the interior, so you can keep a decent go bag in it, just in case.

You have legs for a reason.