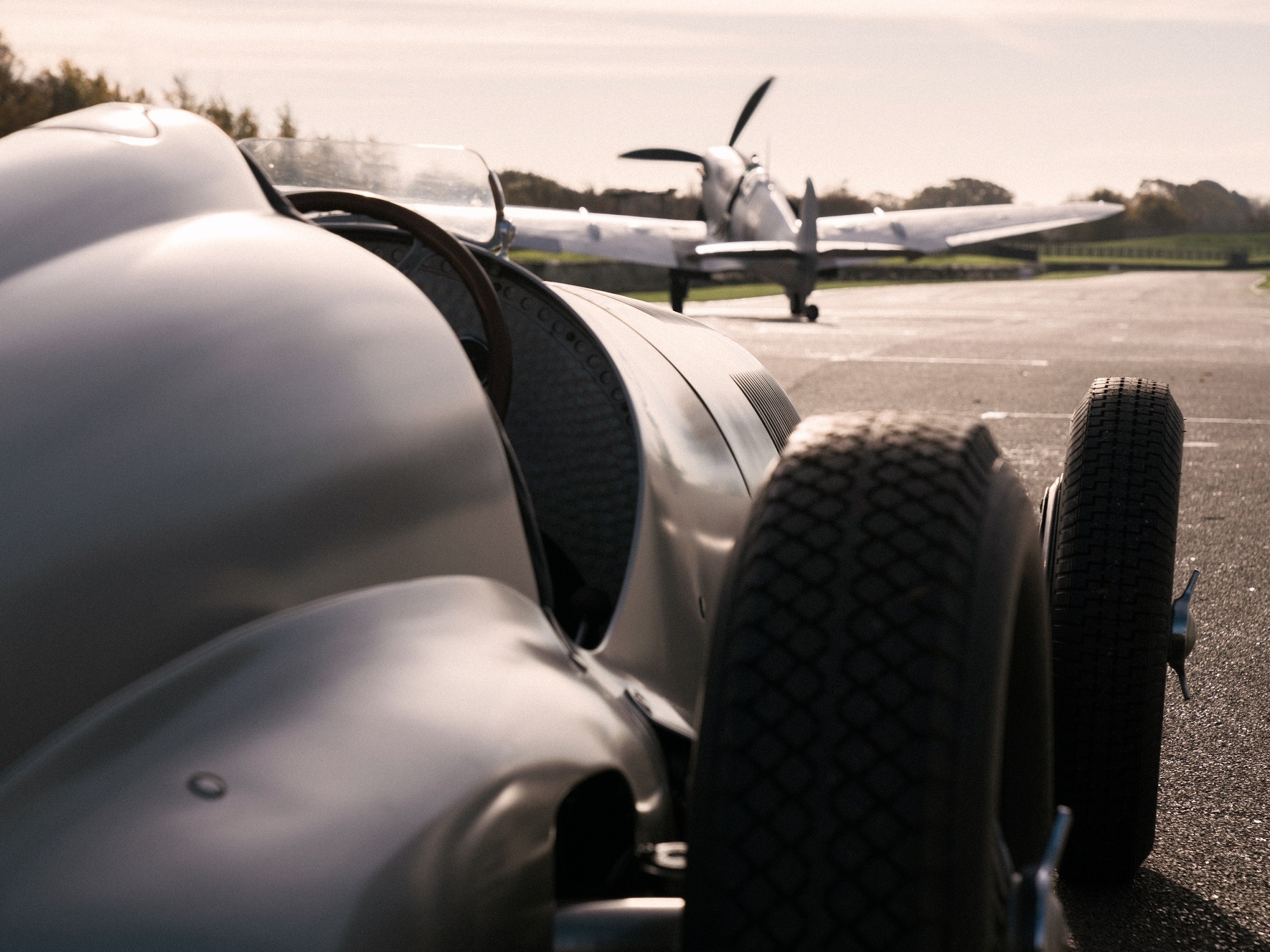 IWC Pilot’s Watches are paying tribute to a historic journey, and Formula One star Lewis Hamilton is stopping time with them.

In SIHH last January, IWC revealed a new collection of Pilot’s Watches, but the big news was that it would be supporting one of the most historical journeys in recent aviation history.

Two daring pilots are set to circumnavigate the world, flying an antique Supermarine Spitfire. The new collection of IWC Pilot’s Watches is themed around this record attempt, and now the manufacturer has released a short movie to kick its campaign into high gear.

Starring Formula One racer Lewis Hamilton, the movie was shot on the Goodwood Race Track, where IWC’s racing team won the Tony Gaze Trophy last month. With a Spitfire and a Mercedes-Benz Silver Arrow W 125 featuring heavily in it, the movie brings the spirit of vintage motorsport and aviation together in a single 46-second burst. Catch the movie here: