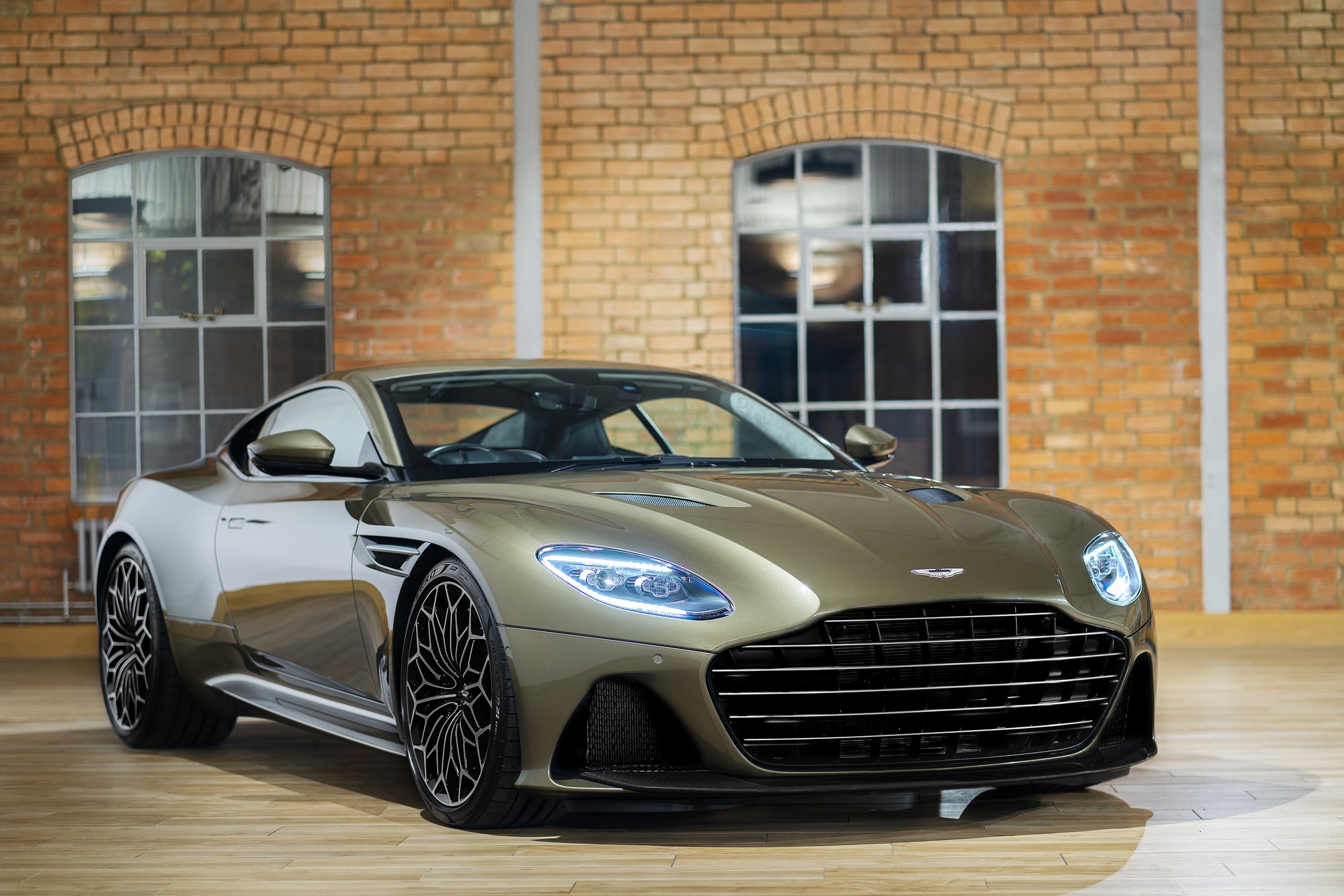 It’s the 50th anniversary of On Her Majesty’s Secret Service, and Aston Martin is going full-on super spy with the limited-edition DBS Superleggera, which is inspired by the DBS in the film.

In a collaboration between EON Productions—the company that produces James Bond movies for Metro Goldwyn Mayer Studios—Aston Martin is producing them in a very limited run of 50, which will start rolling out in the final quarter of the year.

The olive green DBS in On Her Majesty’s Secret Service became an iconic cinema car in 1969 when George Lazenby sat behind the wheel as James Bond.

The new DBS gets an olive green paint job to match, plus a few new features to make its owner feel like a secret agent: lots of carbon fiber, forged alloy wheels, special badges, and a bespoke metal grille with six vanes, replicating the grille of the 1969 DBS.

The interior is trimmed in pure black leather, with gray accents and a red-accented cockpit. Each of the 50 cars also comes with the option to select a bespoke drinks case, which fits into the boot space. All it’s missing now are twin machine guns, an oil slick sprayer, a smokescreen machine, and a bulletproof screen in the back, but baby steps.

Andy Palmer, Aston Martin Lagonda President and Group Chief Executive Officer, says: “Aston Martin is synonymous with James Bond, and the DBS from On Her Majesty’s Secret Service has provided great inspiration to the team tasked with reating this very special edition. This new DBS Superleggera will be an extremely distinguished ‘brute in a suit,’ designed to capture the essence of the iconic DBS from the 1969 film but with a 5.2 litre twin-turbo V12, 715bhp engine!”

Compared to the electric Aston Martin that’s said to be the next James Bond car, that’s going to make a lot more noise. Check out the video below to see the Aston Martin DBS Superleggera On Her Majesty’s Secret Service edition.