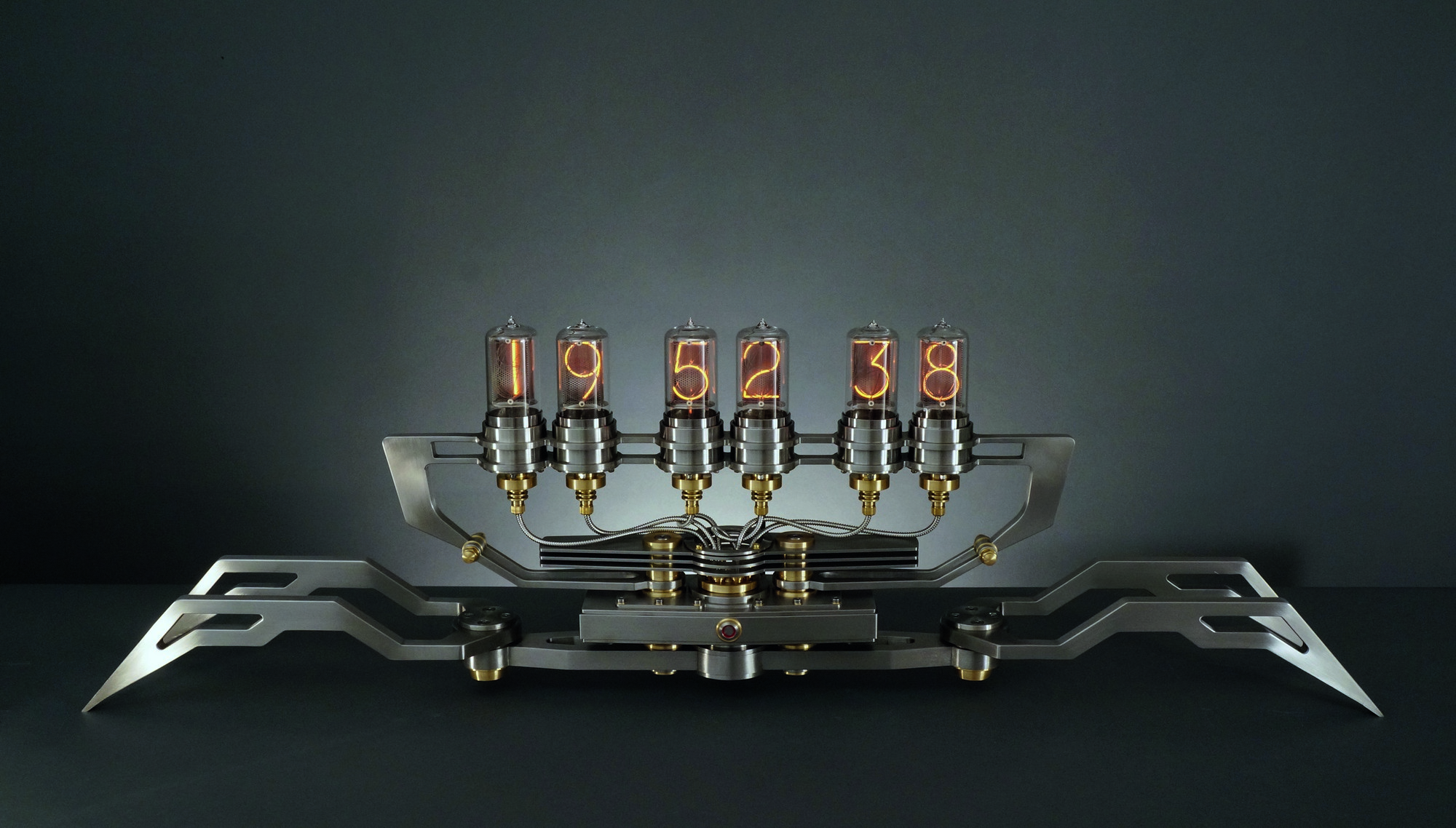 Nixie clocks are popular again, and they’re being used to create things that never were but should have been.

Nixie clocks are a blast from the past. They’re essentially small vacuum tubes with glowing wires that display numbers, each one burning a bright red-orange before blinking out to make way for the next number to fire up.

And you’ve probably seen them before: at a maker faire, a furniture boutique, an antiques store. Nixies have even made brief appearances as set pieces in films like Watchmen and 2001: A Space Oddysey. Nixie clocks have been making a resurgence for the past few years, with enthusiasts building new clocks purely for the aesthetics.

And you can’t really blame them. Decades-old tech that looks straight out of early sci-fi and still works, too? It’s not hard to sell. They look like the height of retro coolness.

At one time, they were going to be the future. Only, that future didn’t happen.

Nixie tubes were created by the Hungarian brothers George and Zoltan Haydu, who had a company that specialized in making vacuum tubes (which are also used in amplifiers). The tubes shot into popularity in the 1950s, and some of the early ones were made by Haydu Brothers Laboratories. Haydu was later bought by a company called the Burroughs Corporation, which introduced the tube in 1955, calling it the Nixie (Numeric Inidicator Experimental No. 1). While other companies came up with their own versions—Digitron, Numicator, and other old-school sci-fi-sounding names—the tubes were still collectively called Nixies.

Nixie tubes were initially used as digital displays for equipment like voltmeters, early calculators, and frequency counters (you know, science stuff). Considered too expensive for mass-market use, they were rarely found in homes, though they could be seen on elevators and the display boards of the buildings that could afford them. Like the ultra-high-resolution screens of today, or augmented reality, or the latest iGadget, these tubes heralded a new age. And they looked the part, too.

But, by the 1970s, the advent of LED and other digital technologies put an end to their long reign. Slowly, the tubes were replaced by  screens, and while the new displays were more convenient and required less power, they didn’t have the romance of a flashing wire going for them.

Now, the resurgence of the Nixie tube owes more to its looks rather than its practicality.

Sourced from old Soviet warehouses, found in junk shops, and discovered from ancient electronics stores that have since closed down, hobbyists have been using them to create electronic art with wildly varied designs: steampunk clocks, streamline moderne thermometers, wood-and-glass timers: you name it. Even the high-luxury watchmaker MB&F has produced Nixie clocks created by German artist Frank Buchwald for the brand’s collaborative M.A.D.Gallery.

This interest has led to a spike in Nixie tube prices, and the rarest ones can go for hundred of dollars on eBay. Still, the hobby remains popular, and some enthusiasts, have even resorted to manufacturing new Nixie tubes.

There’s still some room to innovate here when it comes to technology (longer life spans, app controls, and so on) and it’s a way to make things that never were. If nothing else, Nixies let you create pasts that didn’t exist but could have. Futures that were promised, but never realized.

And if the renewed interest in Nixie clocks is any indication, the future might still light up with the glow from a vacuum tube.