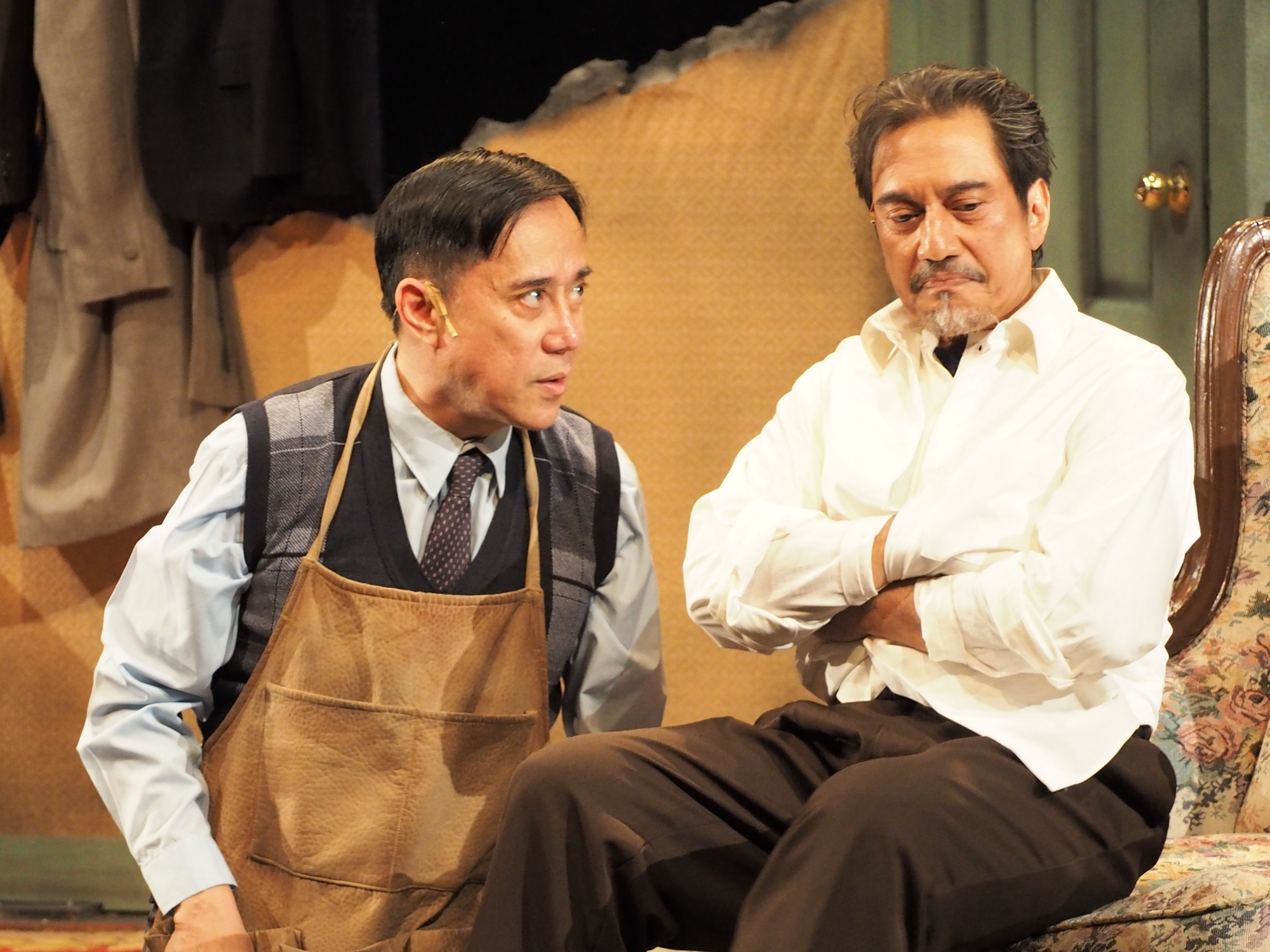 Avengers: Endgame isn’t the only production that’s been showing in Metro Manila with an awesome gathering of heroes.

For theater fans this May, there’s also been Repertory Philippines’ portrayal of The Dresser: a tightly delivered tour de force with a cast of some of the most experienced actors and directors of Philippine theater.

Audie Gemora. Teroy Guzman. Missy Maramara. Tami Monsod. Justine Narciso. Jaime Del Mundo. Jeremy Domingo. And Loy Arcenas, leading them all. That list of luminaries alone, with every individual easily worth an entire feature each, should be reason enough to convince you to see the show.

Not that the story of The Dresser is by any means inferior to its cast—it’s perfect, in fact, as it’s an incisive look into the heart-wrenching nuances, decisions, and consequences of lives lived in service of the stage. The tale of Sir, Norman, and the people surrounding them is delivered with gravitas that can only be mustered by the same kind of dedicated thespians who have similarly given themselves over to theater.

Following Sir (Guzman), a troubled thespian, and his loyal dresser Norman (Gemora), The Dresser takes place during a wartime production of King Lear. Sir arrives on set in a delusional state, while Norman does all he can to ensure that the show goes on, much to the disapproval of the company, who have had enough of Sir’s erratic behavior. As the theater fills up and an air raid commences, Sir steps onstage as Lear while the company crosses its fingers. Meanwhile, Norman and the other characters question whether their dedication to the theater—and even the people they love—is worth the hardship and heartbreak.

The Dresser has been staged on West End, on Broadway, and at countless other locations around the world. It’s also been adapted into a film starring Anthony Hopkins and Ian McKellen—which already speaks volumes about the caliber of performer this play demands.

While Gemora and Guzman have the lead roles for Repertory Philippines’ production and their relationship forms the vortex around which the story revolves, The Dresser is very much an ensemble presentation. Each character’s dynamic with one another is essential to the interlocking nuances that build one atop the other, with secrets pulled free by circumstance and motivations brought to light by critical mass.

At opening night, the cast and director (Arcenas, specifically, for directing all these other directors) spoke at length about what the play meant to them, and what they had to draw from to be able to bring their distinct representation of the story to life. And as with their characters in the play, they each represented different parts of the spectrum of feeling and investment with regard to their own connection to theater.

To talk more about the play is to invite those most dreaded boogeymen, though, which have threatened not just Avengers: Endgame but the final season of Game of Thrones: spoilers.

Instead, I implore you: if you have any love for theater as a form of entertainment, a form of expression, a form of the most distilled power of performance, you should watch The Dresser.

The Dresser runs until May 26 at OnStage Theater in Greenbelt 1.