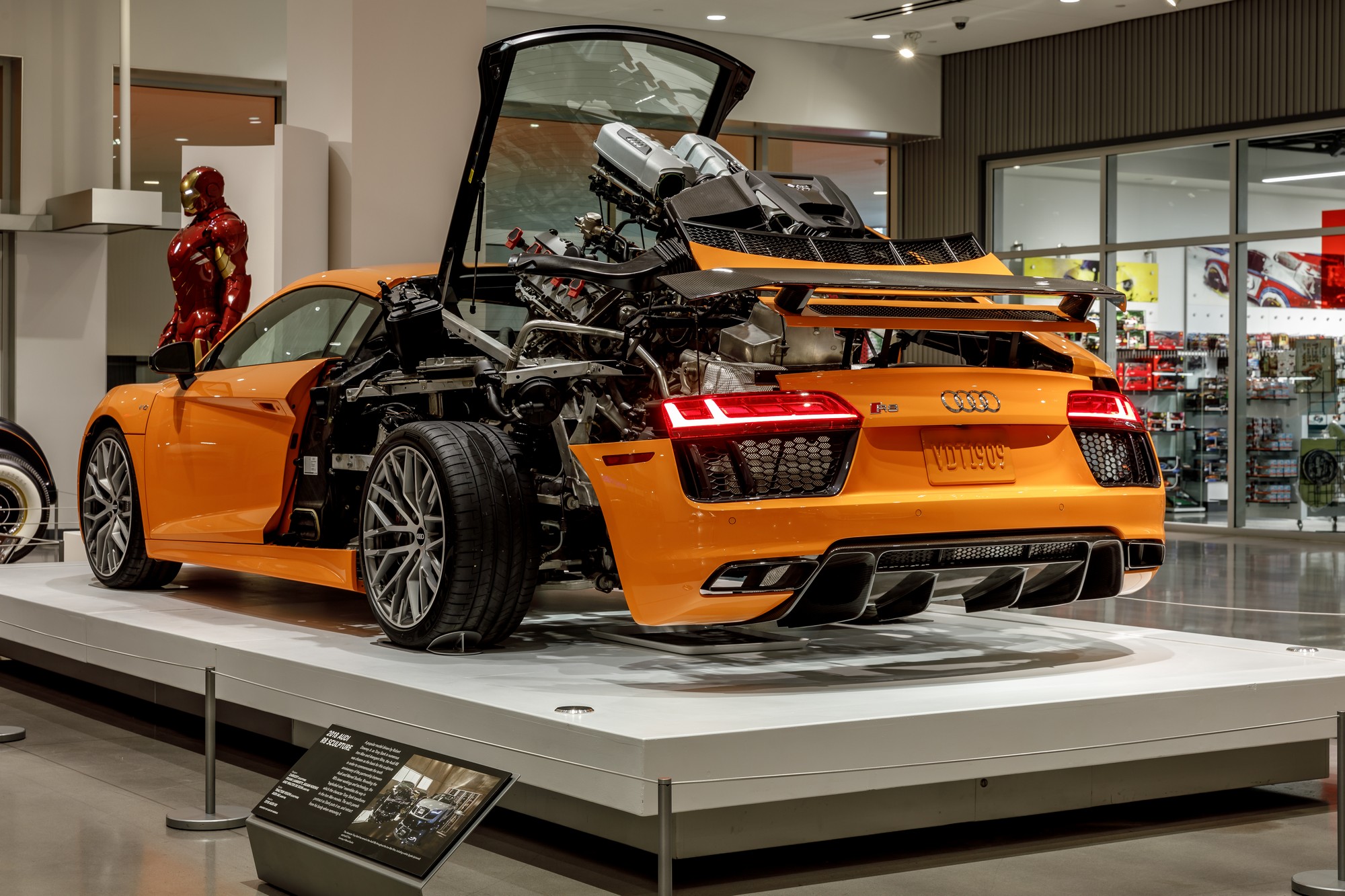 We’re not quite done with our fascination with Tony Stark! First, we featured his watches—now, thanks to the “Hollywood Dream Machines” exhibit at the Petersen Automotive Museum, we’d also like to show you one of his cars!

This is a deconstructed look at the Audi R8 V10: the result of a collaboration between Audi of America and the Petersen Automotive Museum, inspired by the work of Swiss artist Fabian Oefner. According to the exhibit profile, the “exploded view” of the Audi R8 commemorates the tenth anniversary of the partnership between Audi and Marvel Studios.

And oh, what a partnership it’s been, with Audi as much of a mainstay of the films as many of its stars and signature pieces of technology. Audi Singapore’s YouTube channel has a video from when Marvel was marketing Avengers: Age of Ultron that touches on that very topic:

There was the Audi advertisement for the Captain Marvel film, too:

While Tony Stark wasn’t the only person who drove an Audi in the MCU, he was the most natural character to always be behind the wheel of one in terms of product placement and branding. Not that we mind, because he’s a perfect fit for the design aesthetic of the Audi brand.

Zargosy designed the deconstructed sculpture in the exhibit, taking off from the core Audi R8 design by Frank Lamberty, Pierre Hoenig, and Walter de Silva. Tractor Vision and Audi AG took care of the actual construction.

The sculpture, which has a number of its components suspended by wires to achieve the visual effect, also commemorates another 10-year anniversary: that of the 5.2 FSI V10 engine in the Audi R8.

“Just as Audi celebrates 10 years of collaboration with Marvel, the V10 engine powering the Audi R8, the halo vehicle of our brand, celebrates its 10th anniversary, as well,” said Loren Angelo, Audi of America’s vice president of marketing. “This installation is a great way to pay homage to the iconic ‘supercar for superheroes’ and for our brand to continue to inspire and delight our fans.”

A limited-edition Audi R8 V10 Decennium is also set for release this year for the commemoration, with an exclusive production run of exactly 222 units.