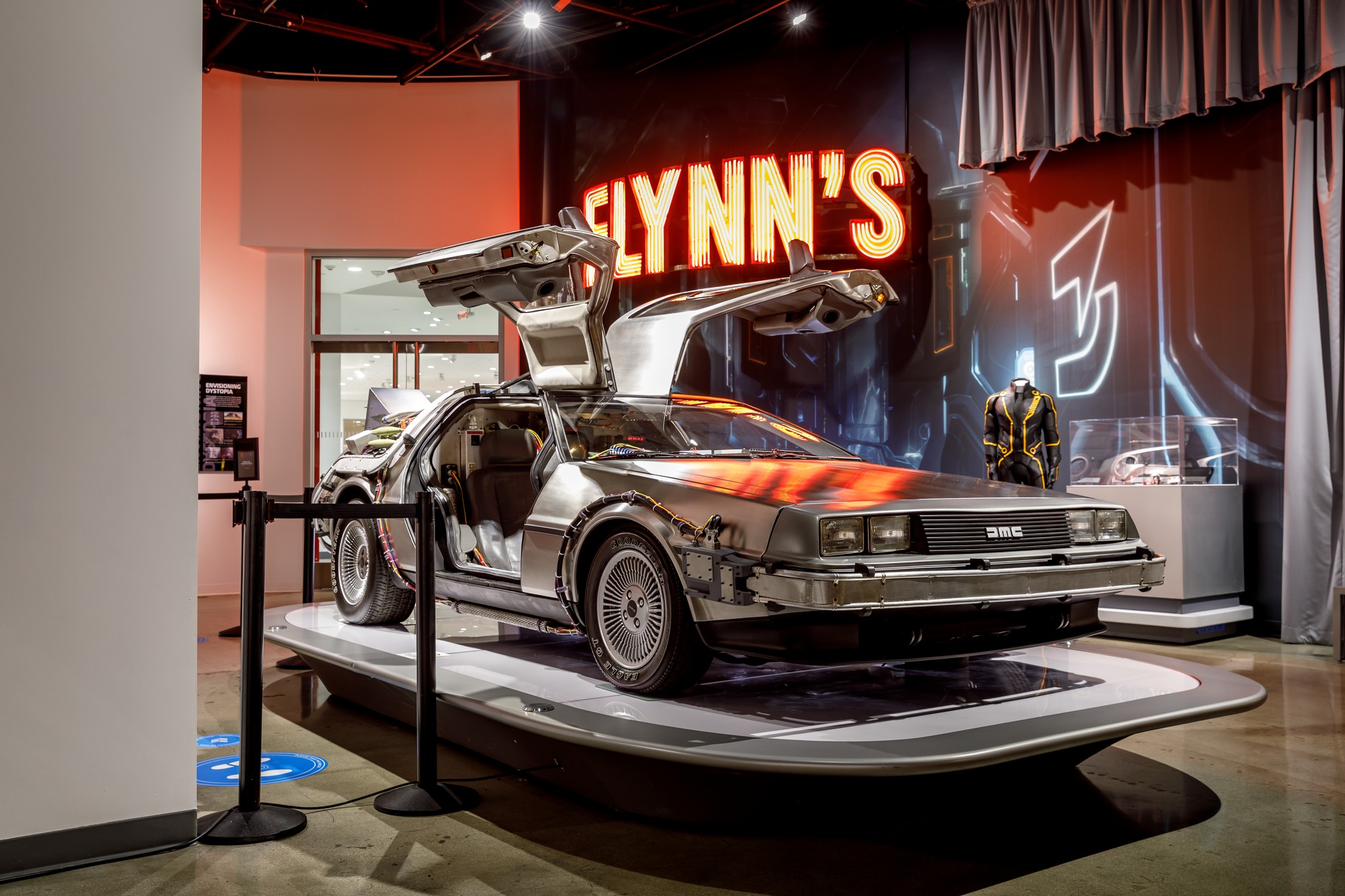 Are you a pop culture geek? A fan of movies, television, and games? A person with the means to visit the City of Angels?

The Petersen Automotive Museum has got the perfect exhibit for you.

“Hollywood Dream Machines: Vehicles of Science Fiction and Fantasy” is now open! As its title helpfully declares, it’s got a selection of the most recognizable modes of transportation in the world, thanks to the last few decades of popular culture.

Back to the Future’s DeLorean? Check. The various Batmobiles? Of course. Speed Racer’s Mach 5 Prototype? Absolutely. And those are just the easy ones to remember.

Over 50 memorable conveyances are part of the exhibit, representing the breadth of just how familiar these cars, trucks, APCs, and everything else in between have become. Some may be a little less familiar depending on your preferences (An S10-V Sparrow from Destiny, anyone?), but it’s guaranteed you’ll find something that’ll make you go “oh hey!”

The exhibit, put together by the Petersen Automotive Museum in collaboration with Comic-Con Museum, also has additional support from Audi, Microsoft, and ClassicCars.com.

“Being in the heart of the entertainment industry in Hollywood and Los Angeles, we’re thrilled to be able to display these cinematic icons,” says Petersen Automotive Museum Executive Director Terry L. Karges. “When you see these pieces of cinematic history in person it truly offers a different perspective than seeing them on the big screen. It is truly like nothing else we have done here at the Petersen.”

In an entire exhibit with wall-to-wall noteworthiness, there are two parts that really stand out: “Worlds Reimagined,” a mixed-reality experience made possible through Microsoft HoloLens technology, and a special deconstructed Audi R8 V10 that Marvel Cinematic Universe fans may recognize as the ownership of a certain genius-billionaire-playboy philanthropist. We’ll tell you more about those in the coming days!