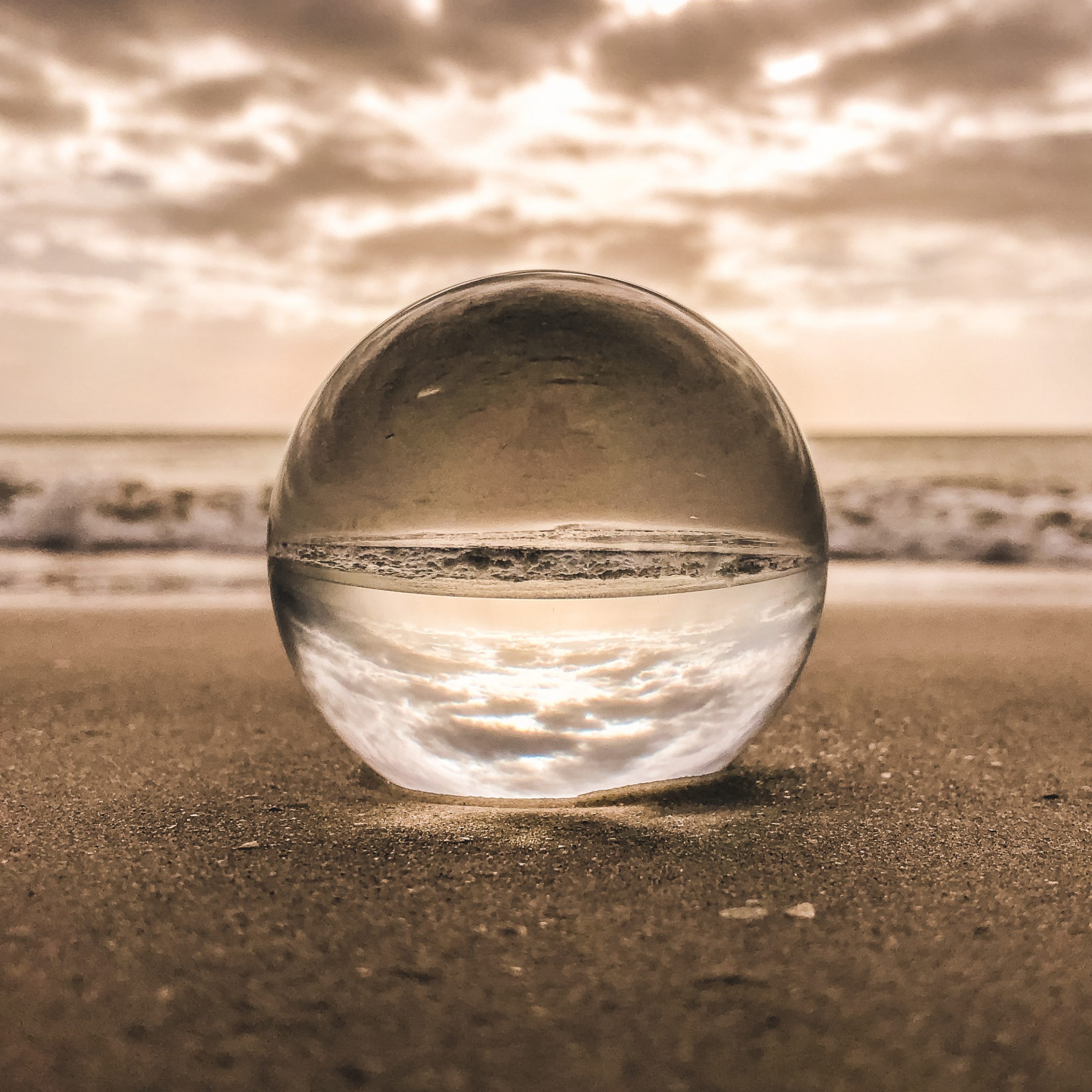 It’s the end of the world as we know it, and I feel sand.

You can’t hold infinity in the palm of your hand, but it’s not difficult to see the world in a grain of sand—because it’s the stuff that the modern world is made of in the first place.

Until the 20th century, people with refractive vision problems could only see by placing discs of melted sand on their faces. These days, however, buying a custom-fitted pair of eyeglasses is as easy as buying groceries at a mall.

You’d think that something so essential would’ve been invented many thousands of years ago, and be as old as the wheel. But you’d be wrong.

Corrective eyeglasses as we know them are a very recent development, with the earliest accounts in Europe dating back just some seven centuries: “It is not yet twenty years since there was found the art of making eyeglasses that make for good vision,” said Giordano da Rivalto, a Dominican friar in Pisa, Italy, in 1305.

In his excitement, da Rivalto failed to name the inventor, but heralded the new technology as “one of the best arts and most necessary the world has.” And for very good reason! An all-forgiving God notwithstanding, a medieval monastery was an unforgiving place for the monks who labored within its walls. There was much reading to be done, as well as writing—especially since the printing press wouldn’t be introduced into Europe until almost two centuries later.

One of the biggest reasons why eyeglasses took off was because of the industry of glassmaking, which was already well established by that time. Even as far back as the 5th and 6th centuries ACE, the Roman Empire used glass to make everything from wine bottles to oil lamps.

So, by the Middle Ages, glass was in a unique position to change the world. Not only did it allow monastic scholars to continue working well into their golden years, it also lent itself to the scientific revolution that was to come.

In the 17th century, the highly skilled glassmakers of Europe enabled Galileo Galilei to develop his own designs for microscopes and telescopes. He trained the latter on the night sky and found, to his astonishment, that Jupiter had its own moons circling around it much like our own. He published his findings in a treatise, Sidereus Nuncius, in 1610. The discovery that not all heavenly bodies move around the Earth marked the beginning of the end of classical astronomy and paved the way for the rise of modern astronomy.

But, there are other ways in which molten sand has helped shape the modern world.

Glass has always been useful in the kitchen because it’s nonreactive: it doesn’t take on the smell and taste of almost any liquid you put into it. It’s also nonconductive and can be sealed airtight.

All these properties also made glass an important material for exploring chemistry and electricity through the centuries. Glass was a key component in everything from Leyden jars to telegraph lines, thanks to its insulating properties.

But under the right conditions and mixed with the right ingredients, melted sand can become semiconducting: it can be used to control the flow of electricity, giving rise to today’s silicon-based economy of microchips and solid-state electronics.

And that’s not even touching on the use of sand as a major component of all the concrete of which our cities are built! According to a 2019 report from the United Nations Environment Program, sand and gravel are the second largest resource extracted and traded by volume next to water.  Demand has increased three-fold since the turn of the 21st century, with global annual demand at 50 billion tons per year.

At the rate that we’re consuming sand, one wonders how long we can go on until nothing beside remains of our civilization but lone and level sands. There’s still hope, though: the same report recommends judicious and sustainable resource management as well as a major shift in attitudes towards sand mining.

Will we be able to save ourselves from a boundless and bare future? Only the sands of time will tell.