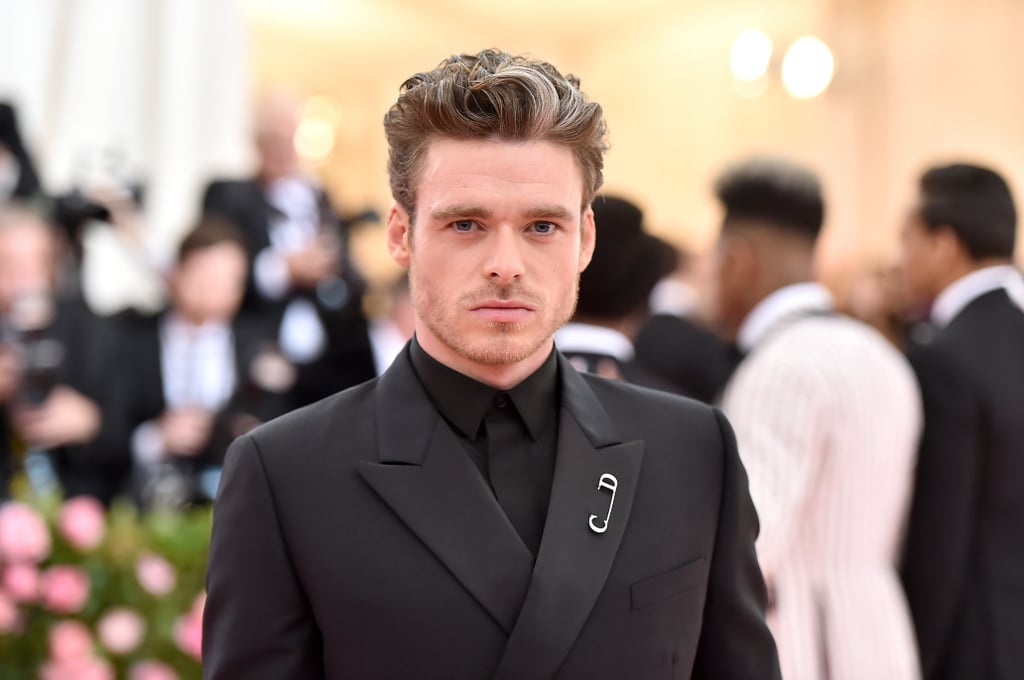 The Large Hadron Collider, the world’s largest particle accelerator, was first switched on in 2008. Since then, we witnessed flat-earthers, the takeover of the Kardashians, and about six Sharknado films.

Now, we are not saying that the multiverse is real. It is just that there is no denying we live in strange times: a mentality of the unexpected that came out in full force at the Met Gala, where the inspiration was “Camp: Notes on Fashion.”

Here, we look at how the men fared in this event.

Colors, glitter, and the future

Idris Elba chose Versace for the Met Gala. He wore a colorful, patterned tuxedo jacket that punched up an otherwise basic cut. The rest of the ensemble, from bow tie to shoes, were kept black to create more contrast. Judging from his previous sartorial choices, Idris is a dapper man, and his Met Gala concept was not too far off his scale that it became ridiculous. It was still his style, dialed up a notch.

Darren Criss also went for an all-black outfit with a bright jacket. But, he took the concept further and placed it into “Jeff Goldblum as the Grandmaster” territory. His colorful beaded tailcoat by Balmain was set against an exaggerated bow dress shirt. Blue eye makeup and blue nail polish capped off his look.

Plenty of the Met Gala’s attendees opted to use color to stay on theme. Henry Golding, for instance, wore a blue and purple ombre suit by Versace. The theme was repeated in his tie, which was also in blue and purple ombre. Swarovski crystals studded his suit to create a sparkly effect.

Also using color was Joe Jonas. However, he took a more casual approach in that he ignored the coats and the fussiness of accessories. Instead, he donned a turtleneck and a pair of well-fitting pants, both by Louis Vuitton. Since it was the Met Gala, the output was not as cut and dried as it sounded. His top was printed with a mishmash of abstract shapes in an explosion of primary colors.

On the other end of the color spectrum lay Benedict Cumberbatch, who was clad in all-white Labassa Woolfe suit; it would have been very Mr. Darcy except for the white Panama hat and embroidered velvet loafers.

Going for a subtler approach

Not everyone who attended the Met Gala went for loud, performative looks. Rumored to be the next James Bond, Richard Madden came to the Met dressed like 007 from the future. His Dior tuxedo was basic black, except for a more modern cut in the lower half.

Another subdued take on the camp theme came from Shawn Mendes. He suited up in a Saint Laurent tuxedo that was classical in every way except for the sequined piping in his jacket. Shiny black oxfords ware on his feet. His hair was slicked back in a James Dean pompadour. The look was probably not groundbreaking, but it was very pop, which can be campy in its own way.

Taron Egerton is set to play Elton John in the movie Rocketman, so you know expectations are high—wisely, he did not choose an outfit that made it look like he was cosplaying the famous singer. Instead, Taron wore a Salvatore Ferragamo tuxedo with hints of whimsy in the details. The jacket was embellished with pink and black beads for a subtle shimmer. Around his neck was a string of leather tied in a bow in place of a traditional bow tie.

And then there were those who did not get the memo

Historically, Tom Brady never strictly followed the Met Gala’s theme. This year was no different. In a dress code that implied excess, Tom wore a velvet suit jacket in burgundy.

Frank Ocean also opted to ignore the theatrics for a dressed-down approach, pairing a black Prada hoodie with black trousers. Kanye echoed that look by donning a black Dickies Eisenhower jacket that costs about $40.

This contrarian approach to the camp theme is so audacious that it almost feels like it went right back around to being camp again. Kind of like when a movie is so bad it is good.

In a way, the ambivalence gets support from the original source of the Met Gala’s theme this year. Susan Sontag writes that camp is “a private code, a badge of identity.” In that case, Tom Brady and Frank Ocean can define their own versions of camp. Also, it is hard to argue that in a night where campiness is celebrated, Kanye—husband of Kim and maker of the Yeezys—needs to come as anything other than himself.