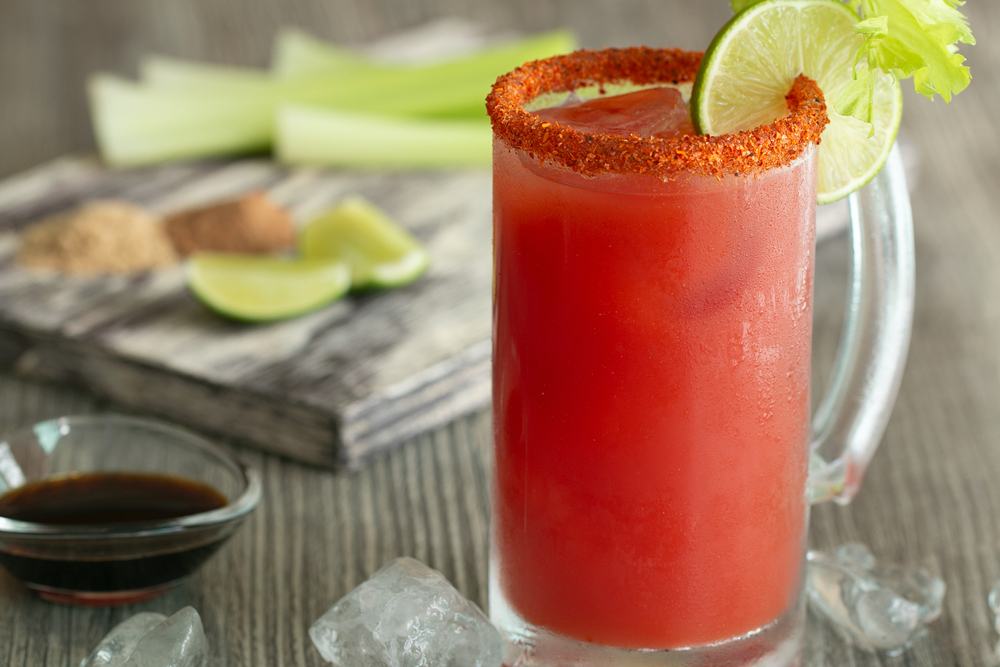 The first time I tried a Michelada, I was in the happiest place on earth: Disneyland.

It was a hot spring Friday afternoon, and a friend and I decided to go on a spontaneous trip. We were set on ordering Nachos at Ariel’s Cove (a restaurant in California Adventure, Disneyland’s sister park), and while ordering the server suggested that we try their Micheladas. Little did I know that I would be diving head-first into a new obsession.

It’s no secret that Mexico is known for not just its food, but its drinks too: from aguas frescas, margaritas, and horchatas, the country has its own take on most beverages. However, there is one drink that is widely popular in Mexico, Latin America, and South California that hasn’t gotten the attention it deserves. Most people call the Michelada a Mexican Bloody Mary, seeing that it does resemble a Bloody Mary when it comes to ingredients.

It’s said to have originated from way back when a Mexican general, Don Augusto Michel, would order Mexican beer with lime and hot sauce. Though everyone has their own version of making the drink, some add Maggi Savor while others even add jalapeños and bacon as garnish. (Extreme, I know!)

The drink’s modern take uses Clamato as its base, then a little tabasco, Worcestershire, and lime juice, and finally topped off with Mexican lager. (Modelo or Corona, my personal choices.)

Back in Mexico, the classic Michelada doesn’t use Clamato but freshly pureed tomatoes instead, with salsa, lime, Cholula Hot Sauce, pickled jalapeño, and then topped off once again with dark Mexican beer. The different cities in Latin America each have their own version of this drink, but they typically stick to the staples, of course: pureed tomatoes, lime juice, and a type of hot sauce.

Nowadays, different mixologists have their own versions of the Michelada, veering away from the classic formulas. Some add mezcal to the mix just to give the drink a little bit more of a kick (for those who enjoy it), while others go the other route and add on savory items as garnish;—others even keep the tomato purée chunky.

Since that Friday at Ariel’s Cove, the Michelada has been the go-to drink for me at brunch no matter what the weather may be. I’ve been choosing it over the regular mimosa specials and sometimes even a strong Bloody Mary, as it has just the right kick and carbonation to keep you cool and help you beat a hangover.