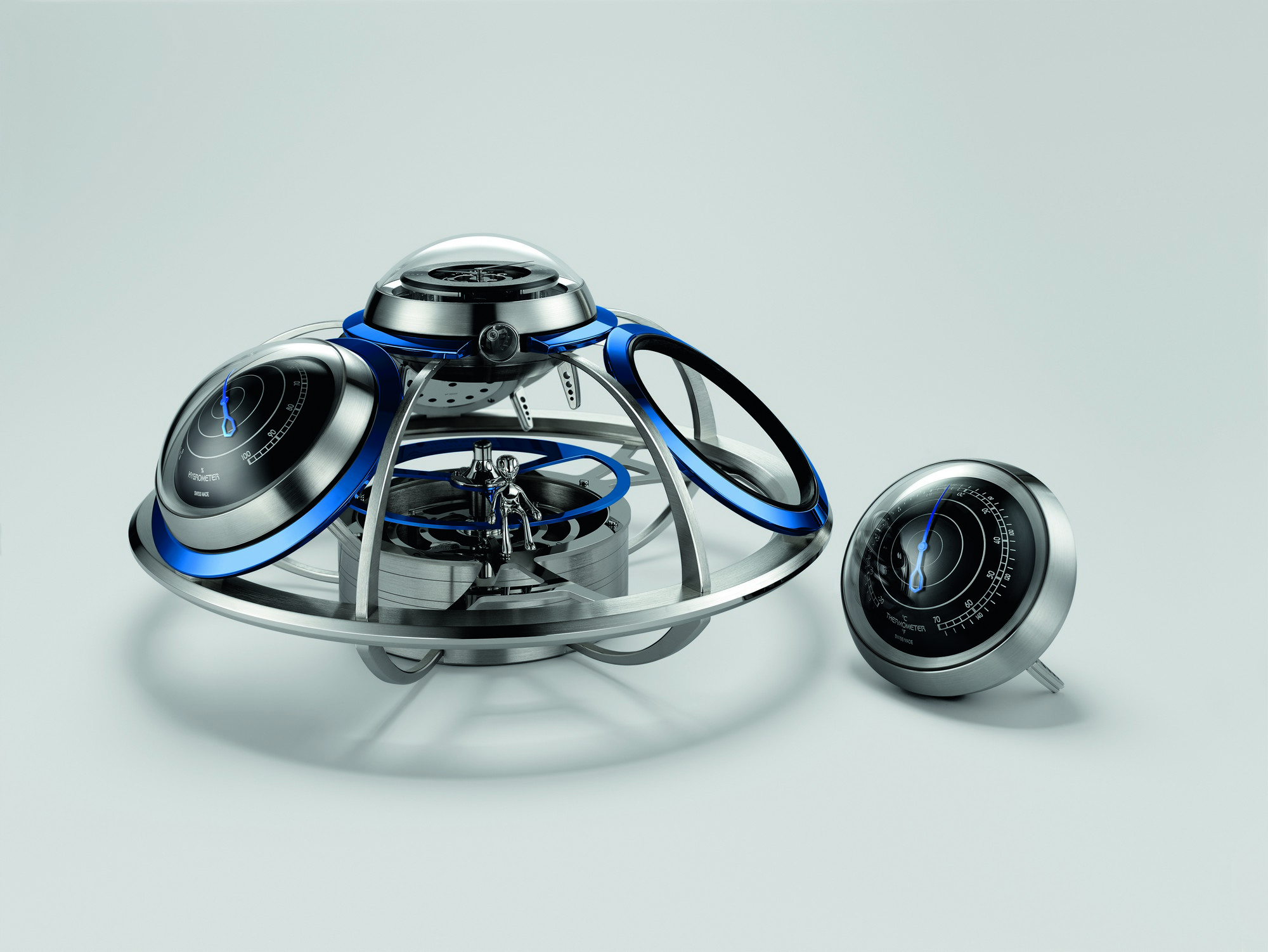 You might have noticed that we’ve been doing a lot of stories on space lately: motoring in space, sci-fi collectibles, even a three-part history on Star Wars. And that’s not just because we’ve been riding on the coattails of Star Wars day (though we totally are). It’s because this month is—for us, anyway—about looking into the future.

Last week, we took a look at one of the icons of the Space Race: the Breitling Navitimer. While not all manufactures can claim the distinction of having a watch that went up to space (some younger manufactures hadn’t even existed back then), we noted that it hasn’t really stopped them from creating timepieces inspired by it.

Space, for the most part, retains its enduring appeal—and why not? Space is where the future is headed now. And it’s not just for watchmaking either. Even Toyota and Tesla are looking in that direction. Given the likelihood that humanity will be exploring the stars over the next few decades, that’s not likely to end soon.

Some brands choose a different approach, though. They don’t make watches that are meant to be in space, exactly. For these brands, it’s more about space inspiration than it is about space exploration.

Combining mechanical watchmaking and outer space might sound like an oxymoron, especially when you consider that during the original Space Race they really had no other choice. So why do this now? Because when they work, they work masterfully, creating just the right blend of fantasy, whimsy, anachronism, technical proficiency, and plain good looks to make you go “what the hell?” but still make you want them anyway.

A future in space might be coming soon, and these timepieces show us what it’s like before we even get there. And it doesn’t always have to make sense.

First off, what exactly is this? The simple answer is it’s an analog desktop weather station. It has a clock, a thermometer, a barometer, and a hygrometer. But why?

Have you ever been at home when the power blinks out and you really needed to tell the time, the temperature, the air pressure, and the percentage of water vapor in the air all at once?

Me neither, but this thing will let you do that.

Still, no mistake, this is very, very cool. It’s a collaboration between L’epee 1839 (a famous clockmaker in Switzerland) and MB&F (a manufacturer famous for being off-beat). It’s called the Fifth Element because it measures time, heat, wind, and water. So, what’s the fifth element, then? Happiness. The fifth element is happiness and a tiny alien pilot.

Straight from the mouth of MB&F: “And there’s one more function that MB&F surreptitiously integrates into all of its machines: the ability to make you smile. For the Fifth Element, that role goes to Ross: thanks to his own manually wound, air-regulated movement, the alien pilot rotates around the UFO’s cockpit checking that the skies are clear of both clouds and hostile invaders.”

And yes, the alien’s name is Ross. Just because.

So, this one does what, exactly? Again, simple answer: it’s a watch that tells time. In the shape of a rocket. Carved out of a meteorite.

The Dream Watch Meteorite required a bit of rethinking. De Bethune couldn’t just use normal watch-machining techniques to produce the arching curves of the casing. Considering that the meteorite it was carved out of was primarily made of iron (92%) with bits of cobalt and nickel, it didn’t have the consistency of the other metals like titanium or steel that they were used to. They had to select the best part out of a 3-kilo block of space debris to carve the watch out of. They also managed to keep the anthracite color, though now flame-blued by hand.

You can still see the streaks and flashes on the surface of this tiny part of outer space.

Inside, the watch is powered by a hand-wound movement with a tourbillon. A display window (or should it be called the cockpit?) shows the jumping hours and the dragging minutes. A small sphere also shows the current phase of the moon, and it’s accurate enough that it won’t need to be adjusted for more than a thousand years. None of us will be around by then, and it’s best left to the future inhabitants of Earth to make sure people (or aliens) can see the correct phase of the moon when the time comes.

Okay. Now this one looks more like a watch. Or does it? Well, it technically looks like a watch with a moon, the Earth, a tourbillion and an astronaut (!) rotating around the dial. And that’s precisely what it is.

The Astronomia Maestro is incredibly complex. The moon (a half-black, half-white diamond) tells the current moon phase and is surrounded by a date indicator. The tourbillon counteracts the effects of gravity. The Earth rotates every 30 seconds. And the astronaut spins in place every 10 seconds as well. All of these are mounted on small rods, and travel across the dial every 10 minutes.

On top of that, it has a minute repeater with three tones, each one chiming out the hours, the quarter hours, and the minutes on command. This means you can tell the time with sound.

The Maestro is encased in sapphire, allowing you to see everything it does, and the aventurine background drives the space tones home.

Anachronistic? Sure. Just like the other two timepieces. Still, there’s a charm to these things that you just can’t shake off. And given how humanity’s future is looking, the future of creations like these is about to get even brighter.