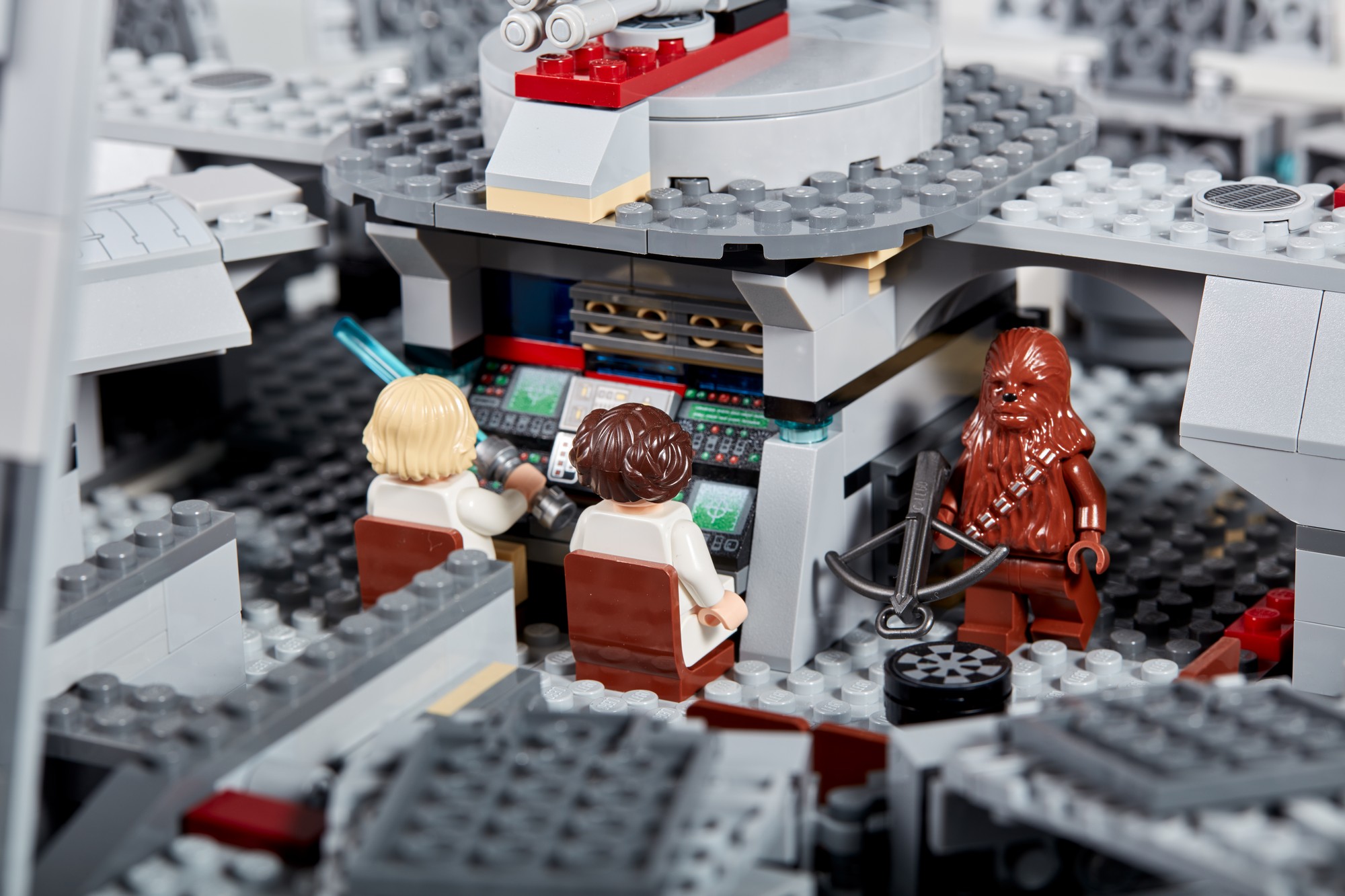 For my ally is LEGO, and a powerful ally it is.

Back in 1998, in what was probably one of the smartest creative and commercial decisions of the entertainment landscape at the turn of the century, the LEGO Group decided to work with one of the most culturally significant phenomena of the 20th century. That decision revitalized both brands: it opened doors for LEGO to explore a veritable multiverse of other IPs since then, and it presented Star Wars with official access to one of the most iconic toy lines in history.

Twenty years after their coming out party, it’s impossible to imagine one without the other. The unified LEGO Star Wars brand is now its own juggernaut, leveraging the best things about both of its parents.

“LEGO play and Star Wars is a dream collaboration for us, and we feel privileged to have one of the strongest fan communities out there who continue to inspire and challenge us to push the boundaries,” explains Jens Kronvold Frederiksen, Creative Director of LEGO Star Wars. “This 20-year milestone is really a dedication and testimony to our loyal fans who have built, reimagined, battled and shared their LEGO Star Wars adventures with us for two decades. Twenty years on, the Force is still with us and there’s still so much more to come.”

The fine folks at LEGO.com have compiled a handy-dandy timeline of milestones from the ongoing lifetime of their most successful collaborative IP in this image:

We’ve also got it right here, for those of you who’d rather read it as straight text:

1998
– Licensing agreement with Lucasfilm is signed: the first of its kind for the LEGO Group

2000
– Two more advanced sets (#7181 and #7191) launch the LEGO® Star Wars™ Ultimate Collectors Series
– #7190 included the first version of a Chewbacca™ minifigure; a challenging design until the design team came up with the idea of creating a head with fur covering the back and front of the torso, which has been used in many minifigure designs since

2001
– #10018 Darth Maul launches as a set exclusively available on LEGO.com and in LEGO stores

2007
– #10178 Motorized Walking AT-AT™ launches: the model can move its head and walk
– #10179 Ultimate Collector Series Millennium Falcon™ launches as the biggest LEGO® set… for a while

2014
– The trend of constructing tiny but ever iconic models resurfaces with the MICROFIGHTER series; small enough to fit into a hand, big enough to carry a minifigure

2017
– #75192 Ultimate Collector Series Millennium Falcon™ launches, 10 years after its impressive predecessor: it surpasses the previous model by 2344 elements, reaching a total of 7541 pieces

2019
– Five special 20th anniversary sets featuring iconic ships with exclusive throwback minifigures launch in tribute of the LEGO Star Wars history: a recreation of some of the most iconic and popular sets from the last 20 years

Lucasfilm is naturally quite happy too: “Our collaboration with the LEGO Group remains a huge success because it allows people to explore the Star Wars galaxy in a very unique way,” notes Derek Stothard, Vice President of Licensing at Lucasfilm. “Whether you’re meticulously building the Millennium Falcon for a display shelf or reimagining the battles with LEGO Star Wars models, the LEGO Star Wars range allows us to engage with fans of all ages who find the Star Wars galaxy as special as we do.”

And finally, in case you’re curious about those five special anniversary sets, here they are!

The anniversary sets should be making their way to your local toy stores soon, but if you can’t wait you can always check them out online at the LEGO Shop!