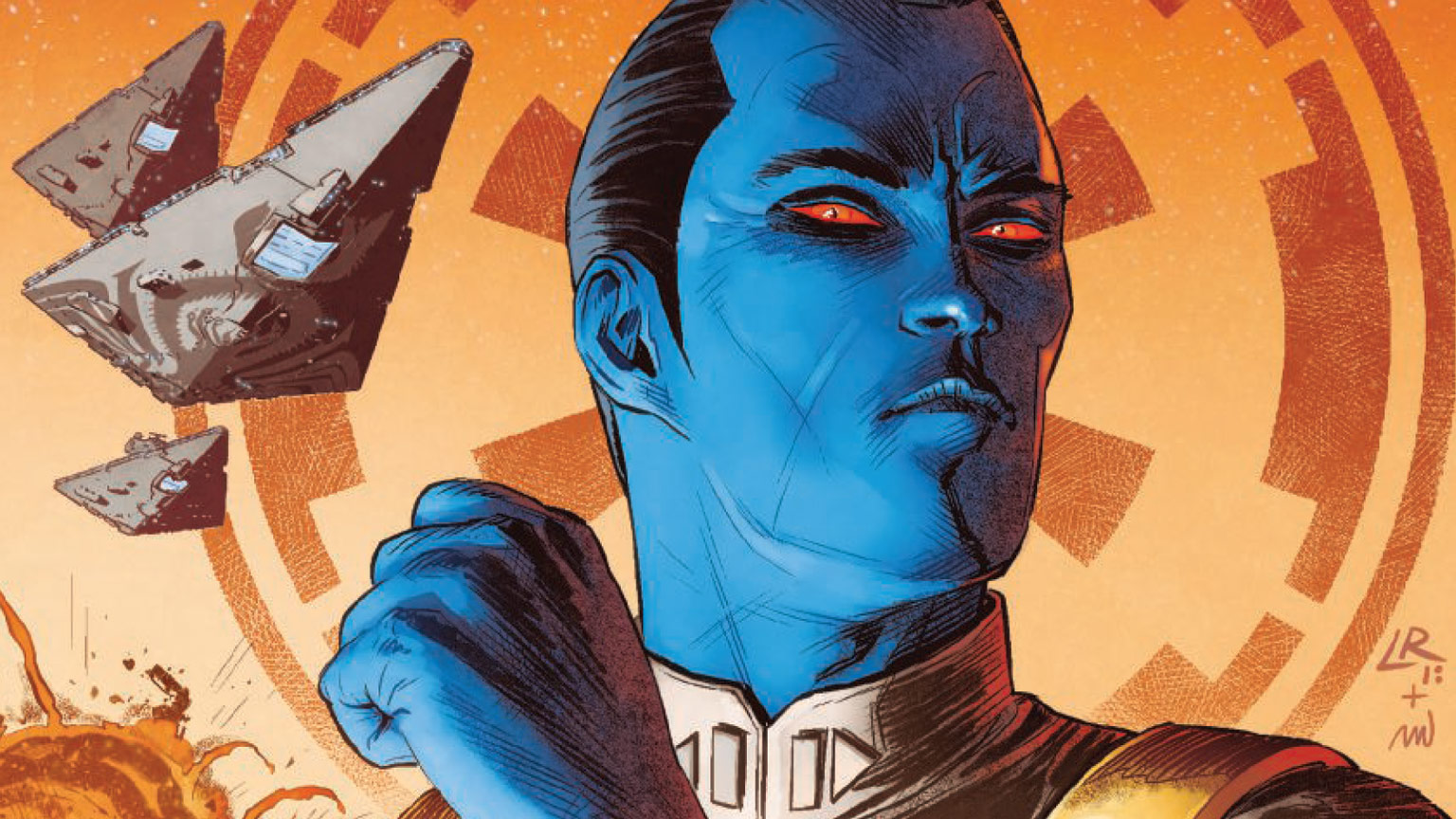 This is part two of a three-part story. Read part one here.﻿

In 1977, words like “lightsaber” and “Jedi Master” became part of everyone’s vocabulary. People could say, “But I was going into Tosche Station to pick up some power converters!” And everyone quickly learned what thermal detonators and droids were, what they did, what they looked and sounded like.

A constellation of sounds

Star Wars is full of what is now considered iconic imagery and unforgettable dialogue, but for many people, it’s the music that completes the experience. I can’t hear Binary Sunset without seeing the twin suns of Tatooine setting, as Luke Skywalker’s feathery hair dances across his forehead. I can’t see a stormtrooper without humming the Imperial March. If I’m goofing off, I dance to the tune of Cantina Band. Every time I drive through a tunnel, I imagine the trench run from A New Hope, and I tense up as I hear the music in my head.

Since 1977, composer John Williams has been writing the soundtrack of our lives, and he’s continued to do so until the Sequel Trilogy, the last of which will be released in December 2019. But John Williams wasn’t the only one to be inspired by that first journey across the stars.

Also in 1977, American musician Meco got it into his head that a disco version of the Star Wars themes would be cool. So Lucasfilm let him produce an album, Star Wars and Other Galactic Funk, because it was the seventies and disco was a thing. Well, clearly it was a big thing, because stayed on the Billboard Hot 100! for two weeks!

The camp is strong, and there’s no better proof of that than Weird Al Yankovic and his Star Wars parody songs. They’re so popular that stormtroopers make an appearance at his every concert! And there’s no denying “A Saga Begins” helped drum up interest for Episode I: The Phantom Menace in 1999.

Worlds on the page

The printed word has always been an important part of the Star Wars universe. Often called the Expanded Universe, novels and comics have told and retold stories that have earned a place in fans’ hearts.

If you’ve never read a Star Wars novel, there is only one author I would recommend to you, and I think most fans would agree with the choice: Timothy Zahn. His Thrawn trilogy focuses on Grand Admiral Thrawn, a shrewd military genius who has set his sights on attacking the yet-unstable New Republic. The first book, Heir to the Empire, is set five years after the events of Return of the Jedi, and was published in 1991. While much of the story features beloved characters from the Original Trilogy, the plot is also driven by Thrawn and another fan favorite, Mara Jade. The intricate story continues in Dark Force Rising, published in 1992, and concludes in The Last Command, published in 1993.

The Zahn books were so popular that they spawned their own spinoff, the Dark Empire series, published by Dark Horse Comics. The first series was written by Tom Veitch and drawn by Cam Kennedy from 1991 to 1992. They also worked on Dark Empire II, while the third installment, Empire’s End, was drawn by Jim Baikie.

Remember Star Wars: Shadows of the Empire? It wasn’t just a video game. It was a multimedia project by Lucasfilm, focusing on the time Luke, Leia, Lando, and Chewbacca were searching for Han Solo, who had been frozen in carbonite at the end of The Empire Strikes Back. Bantam Books published the novel, written by Steve Perry, in 1996. In the same year, LucasArts released the video game for the PC and the Nintendo 64. Dark Horse Comics published the comics, and Varèse Sarabande published a soundtrack album.

There were many writers and artists and publishers who worked on comics and novels with stories just as memorable as the ones that played out on the big screen. Some titles expanded on characters from the movies, characters you only saw for minutes or seconds like the bounty hunters Bossk, Dengar, Aurra Sing, Zam Wessell, and IG-88. Others introduced new characters and stories that became dear to many fans around the world, characters like Imperial Guards Carnor Jax and Kir Kanos, and Force users who somehow escaped Darth Vader’s Jedi Purge. Some took a humorous look at the galaxy, like the adventures of Tag and Bink, while others were suppositions, like what if Leia had gotten the Jedi training?

The printed word is such an integral part of the Star Wars universe that Lucasfilm just announced “a galaxy’s worth” of book announcements, leading up to the release of The Rise of Skywalker.

Star Wars is such a colorful, lively universe, full of characters of literally every shape and size. There are stories that take place in varied landscapes across the galaxy, acrobatic feats by the Jedi and the Sith, and intriguing settings like Mos Eisley cantina—a wretched hive of scum and villainy, as per Obi-Wan Kenobi. It kind of makes sense to see this galaxy in cartoon form.

To be sure, there were attempts. From 1985 to 1986, American TV network ABC ran Ewoks, an animated TV series produced by Nelvana for Lucasfilm. For two seasons, the half-hour show featured the adventures of the carnivorous teddy bears from Return of the Jedi. There was also Droids, a one-season show tracking the galaxy’s favorite duo, R2-D2 and C-3PO.

All this is really just an excuse to bring up the Star Wars Holiday Special, a psychedelic made-for-TV musical released in November 1978. The two-hour spectacle features a singing Princess Leia, Bea Arthur of The Golden Girls running the Mos Eisley Cantina, and a music video by Jefferson Starship. It’s here that viewers first meet the legendary bounty hunter Boba Fett in an animated segment, and where they join Chewbacca’s family preparing for Life Day, which seems to be the galaxy’s version of Christmas.

It’s bizarre, to say the least. I don’t think I’ve ever watched it in full, and I can’t say I’m surprised George Lucas reportedly wanted to take a sledgehammer to every copy of the movie.

Still, animation was on the horizon for the galaxy. In 2003, Genndy Tartakovsky, best known for Samurai Jack and Dexter’s Laboratory, directed, produced, and co-wrote Star Wars: Clone Wars. Featuring characters from the prequels, such as Mace Windu and Count Dooku, the show lasted for three seasons with a total of 25 episodes. It was the first animated Star Wars series, and Tartakovsky’s distinct visual style lent itself well to a galaxy far, far away. The show gave us Asajj Ventress, who gave Anakin the scar across his eye (and she’s my favorite character!) and Durge, a cybernetic bounty hunter.

The episodes were short: in season one, they were only three to five minutes long, and in season two, 12 to 15 minutes. But they were long enough to capture the attention and devotion of fans, and that was what probably motivated Lucasfilm to take it further.

In 2008, Lucasfilm released The Clone Wars, an animated series that aired on Cartoon Network. The show was remarkable for several reasons. It was the first time Lucasfilm was producing a weekly show, and it ran for six seasons. The show kicked off with a feature film released in theaters in August 2008; for the first time, a theatrical Star Wars film was not distributed by 20th Century Fox, but by Warner Bros. Fans attending Star Wars Celebration Japan in July of that year were treated to special previews by director Dave Filoni.

More importantly, the show focused on the Clone Wars, something mentioned in a single line of dialogue between Luke and Obi-Wan in A New Hope. Viewers finally saw, up close and personal, the wars fought between the Republic and the Separatists, the battles between Jedi and clones and droids and bounty hunters. We saw Anakin Skywalker, Jedi Master and teacher, and his apprentice, Ahsoka Tano. The show endeared clones like Captain Rex, Gree, Fives, Wolffe and many others to viewers, and showed us how varied the ranks of the Jedi were, from Plo Koon (Filoni’s favorite) to Mace Windu, from Ki Adi Mundi to Kit Fisto.

The Clone Wars ended its run in 2014, but fans didn’t have to wait long for some new cartoons. In the same year, Star Wars: Rebels premiered on Disney Channel. With Filoni as producer, the show introduced a new band of misfits: Hera Syndulla, captain of the Ghost; the orphan Ezra Bridger; Jedi Kanan Jarrus; artist and sharpshooter Sabine Wren; the thug Zab Orellios, and the feisty droid Chopper (is C-3PO the only Droid who isn’t feisty?). The story was set before the events of A New Hope, and featured familiar characters from The Clone Wars. Spoiler alert: fan favorite Grand Admiral Thrawn made an appearance!

Most people are watching Star Wars Resistance on the Disney Channel, but I have a particular fondness for Forces of Destiny, released exclusively on YouTube. Jumping across the different eras of the galaxy, these short episodes, running no more than two or three minutes each, focus on various characters: Rey, Jyn Erso, Qi’ra, Maz Kanata, Sabine Wren, Padme Amidala, Ahsoka Tano, Hera Syndulla, Princess Leia, Rose Tico. There are amazing women across the galaxy, and their stories ought to be told too.

An inclusive Star Wars? Definitely. Star Wars is for everyone, all over the world, on every continent possible.