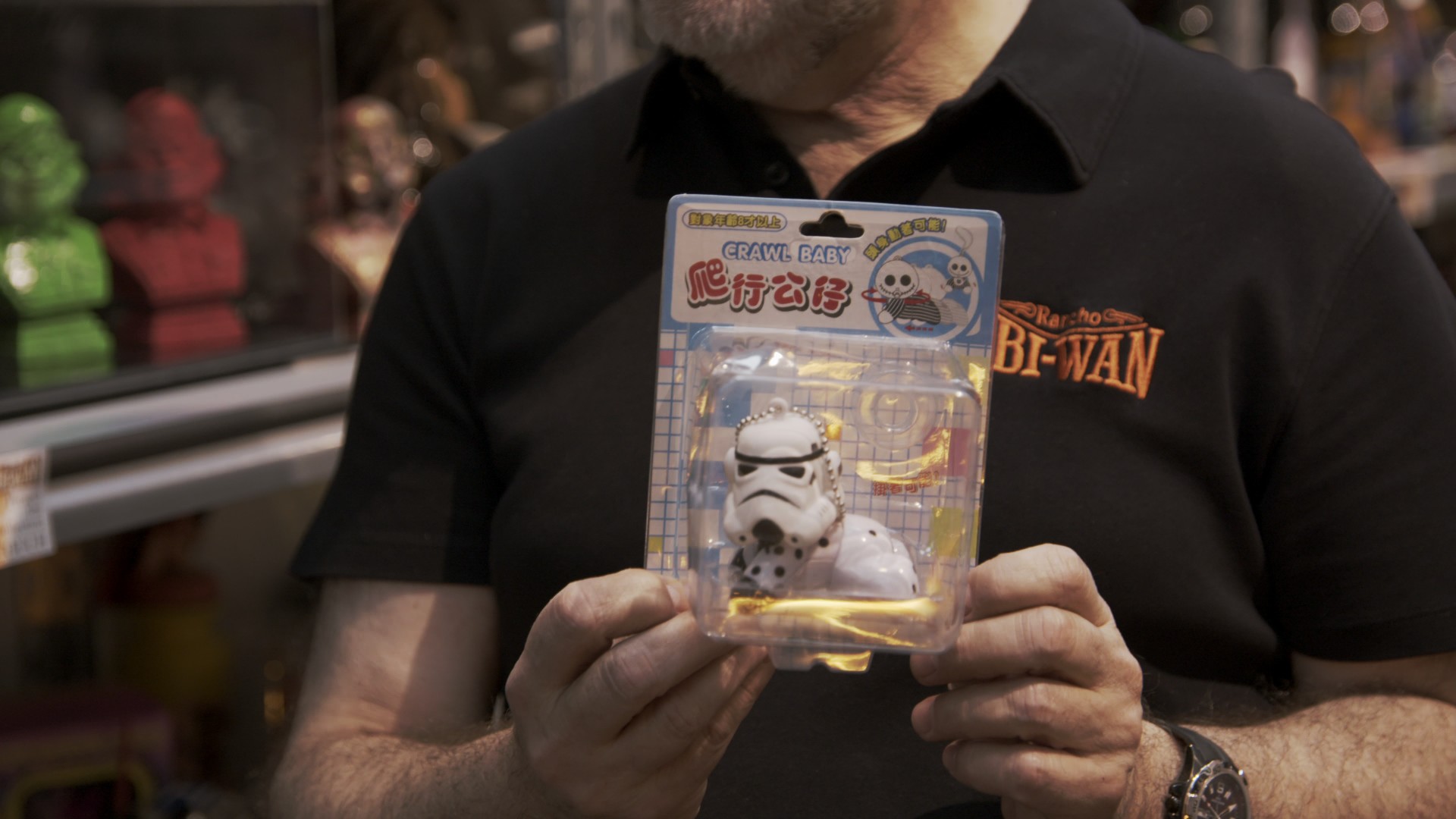 You’ve seen all the movies. So how else can you celebrate Star Wars Day?

Around the world, people are saying it. “May the Fourth be with you!” It’s like an unofficial International Star Wars Day—not like fans really need an excuse to celebrate the saga from a galaxy far, far away.

The earliest record of the phrase and its use in popular culture was in 1979, when Margaret Thatcher won the election and became Britain’s first woman prime minister. According to StarWars.com, “To celebrate their victory her party took a half-page of advertising space in the London Evening News. This message, referring to the day of victory, was ‘May the Fourth Be With You, Maggie. Congratulations,’ further proof of the extent to which Star Wars has influenced us all.

Whoever came up with the phrase probably didn’t expect that fans all over the world would adopt it, or that Lucasfilm would fully embrace it.

Now, aside from watching all the movies—which you probably do on a regular basis anyway—how else can you be part of this galactic celebration?

From Hasbro to Hot Toys

Merchandise is such a big part of the Star Wars phenomenon, and some of the products that have made it to the shelves have just been weird. Beyond the novelty and the sheer variety of Star Wars toys out there, the most amazing story is really how the movie changed the toy industry.

In the very first episode of the Netflix original series, The Toys That Made Us, the people who were there—toy designers, executives at the toy companies, collectors—tell the story: from the very first toys, to the unexpected buying frenzy, to the hunt for holy grails.

Want to know what Harrison Ford looked like before he was Han Solo? Also, can you imagine a movie by George Lucas that isn’t science fiction?

Look no further than the 1973 movie American Graffiti. Think of all the teen movies you’ve seen, talking about coming of age, wanting to break free, fearing the unknown, figuring out relationships, driving fast. There’s all of that in this movie, focused on one night in a little California town in 1962.

A bonus: young Ron Howard and young Richard Dreyfuss! Catch it on Netflix.

It belongs in a museum!

This really isn’t meant to be a Harrison Ford appreciation day, but many people do talk about Indiana Jones in the same breath as Star Wars.

If you grew up watching the Original Trilogy, you very likely also had Raiders of the Lost Ark, The Temple of Doom and The Last Crusade on tape too (Betamax? Or VHS? Or—gasp!—laser disc?!). And you probably wanted to be an archeologist. Ripped shirts, fedoras and whips were totally your thing.

Whichever one is your favorite, all three movies (does anybody really count Kingdom of the Crystal Skull?) are available on Netflix, so you can watch Sean Connery arguing with Harrison Ford to your heart’s content.