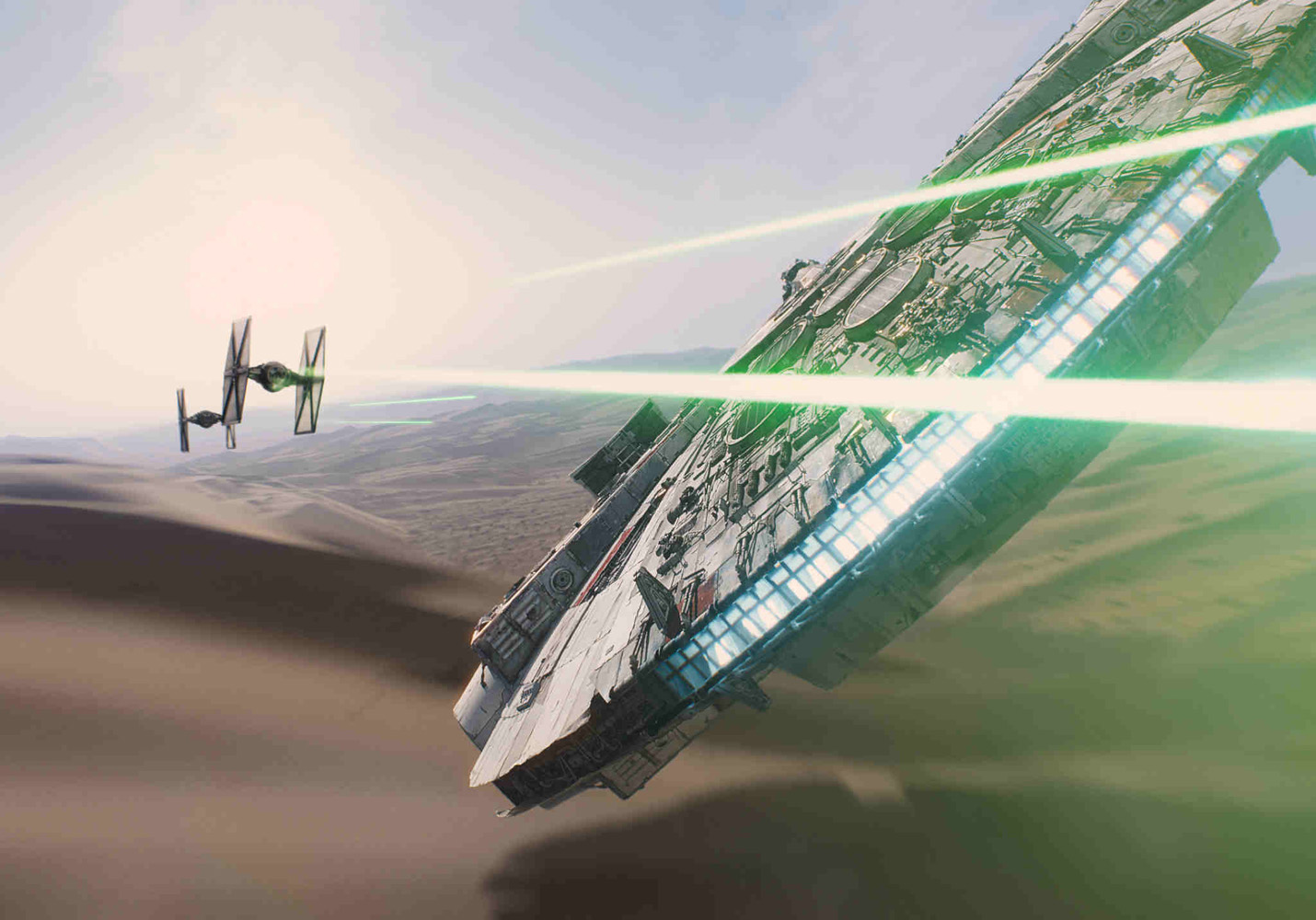 Did anybody expect Star Wars to take over the world?

This is part one of a three-part story.

The yellow letters moving up the screen. A wall of black, dotted with stars. Iconic music. A small ship, racing across space. A behemoth in pursuit.

You know this scene by heart. You don’t need to be a fan to recognize the scene that launched a dozen fan films, costuming groups, comic books, video games, TV shows, novels.

Wherever you are in the world, Star Wars has touched your life in one way or another. Whether you’ve seen one movie or every documentary and every behind-the-scenes featurette, you know what Star Wars is and the impact it has made on the lives of so many across the world. It’s more than just a series of movies. It’s a multi-million dollar business. It’s merchandise. And for many people, it’s a life-changing phenomenon.

I wasn’t even born yet when Star Wars hit the screens in 1977. It was on May 25 when it opened in Mann’s Chinese Theater; in September of that same year, it opened in Philippine theaters, and across Asia soon after that.

It wasn’t until ten years later when I saw the Star Destroyer chasing down the Tantive IV. I was five years old, and my mother and I had just relocated to Riyadh, Saudi Arabia, to join my father who was working there. She was struggling with jet lag; I was wide awake. My dad sat me down in front of a TV screen and a Betamax player, and put giant headphones on my little head.

I sat in awe as a feisty princess glared at the dark lord towering over her. I watched as a boy longed for adventure, and escaped a dreary life to fight in an intergalactic war. My heart soared with the Millennium Falcon as it shot down TIE fighters, the last X-Wing speeding down the trench to take out the Death Star with the most precise of all proton torpedo shots. I held my breath. I wept and cheered and cowered in fear.

I only know it was the beginning of a lifelong love. Only later, much later, did I learn that there were so many others like me.

The impact of the Original Trilogy has been widely documented. Many journalists and filmmakers, hundreds of articles and documentaries, so many books and talk shows, have discussed just how this little movie, by this guy named George Lucas, starring a trio of relatively unknown actors, featuring names and gadgets and characters whose names nobody could pronounce, took the entire world by storm.

From the screen to your shelf

Star Wars is credited for many things, from filmmaking to music to launching Harrison Ford’s career. But, everyone can agree that one of the film franchise’s most incredible achievements is the mainstreaming of movie merchandise.

Merchandise is such a big part of the Star Wars universe that Mel Brooks couldn’t resist a dig in his science fiction parody film, Spaceballs. It’s so closely linked with the franchise that every film release date is preceded by eagerly anticipated toy release dates. Star Wars toys and various other merchandise are such a phenomenon by themselves that Netflix’s The Toys That Made Us documentary series dedicated their first episode to the saga.

And really, what Yogurt said about merchandise bringing in the big bucks was gospel truth. As written by James Whitbrook on io9: “When George Lucas and 20th Century Fox were trying to market Star Wars, they planned for something almost entirely unprecedented at the time—a marketing deluge, and a full-scale licensing project that would see t-shirts, posters, lunchboxes and yes, toys, covered in the movie’s characters, hit shelves. In a move that, in hindsight, was incredibly shrewd, Lucas negotiated with Fox to take the bulk of revenue from merchandise sales, with neither side believing that the movie’s tepid response before release could lead to much in terms of profit.”

Such merchandise the movie spawned. After the 3.5-inch Kenner action figures, there came weird stuff, like a C-3PO tape dispenser. Japan, ever its own market, had lightsaber chopsticks and umbrellas, and bears painted to look like different characters. With the advent of licensing came even more specialized, limited-edition, hard-to-find, released-only-in-that-country merchandise: the R2-D2 and C-3PO walkie-talkies from Philippine fast food chain Jollibee, for example, released in 2005 and coveted by completist collectors everywhere.

With the popularity of the movies came clothing brands designing their own Star Wars clothes, from Uniqlo t-shirts to H&M boxers and onesies, from exquisite LoungeFly ladies’ bags to HerUniverse’s apparel designed especially for female fans who couldn’t find Star Wars t-shirts that fit them properly.

And there are still action figures. Except there are now also large-scale replicas and props, signed editions, and anniversary editions, costing hundreds and thousands of dollars.

From the shelf to the console

The movies allowed you to see the stories play out on the big screen, and the toys gave you a piece to play with or to display on your shelf at work (I had Lego minifigs of different troopers hanging from my cubicle walls). But video games gave you a chance to be part of the story, to wield a lightsaber or to shoot a blaster, to fly an X-Wing or the Millennium Falcon. You could go to an arcade and enjoy the rattle of a pinball making its way across a course, bells going ding ding ding.

I know fans who blame Star Wars: X-Wing for repetitive strain injury on their wrists. I have friends who exercise by playing Beat Saber on a Playstation 4. I’ve stayed up until dawn playing pretty much all episodes of Star Wars LEGO, because how can you beat a combination like Star Wars and LEGO?

There are some people who are more enamored of the games than the movies. Ask anyone who’s played Shadows of the Empire, Star Wars: Knights of the Old Republic, or Star Wars: The Old Republic. Star Wars video games make you feel like you can do something, and give you a chance to experience the story in a different way.

Although really, there are so many ways to enjoy Star Wars.