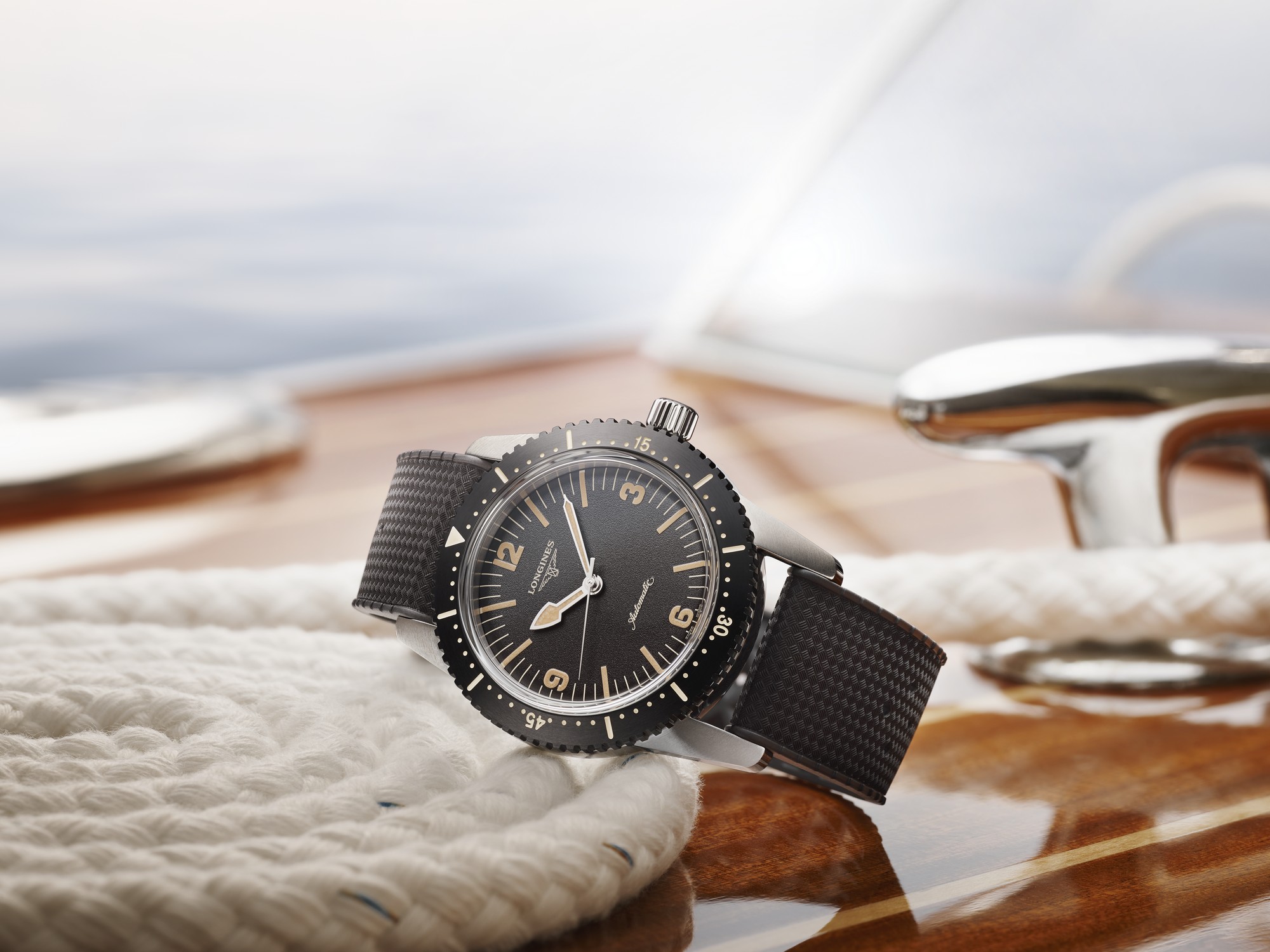 The great Age of Exploration might be over, but that doesn’t stop us from living in the spirit of it. There’s still much of the planet out there that’s waiting to be seen, and each year brings us word about new species, uncharted places, and even a new understanding of the universe. Clearly, we’re not done here yet.

This is essentially what watches let us do: keep the tradition, the history of exploration alive. Traditional watches might not have the same functionality as smartwatches do, though their appeal has never quite been taken down. There’s just too much of the old fire left to extinguish.

And we’re all the better for it, because few other fields can really distill the essence of an era, of a generation, into a single piece that you can take with you anywhere. So, have a look at these watches: some equipped with complications to help you chart the planet, some with the ability to survive the deeps, and one that’s really just kind of frivolous but carries a message with it nonetheless. These are the watches you can get lost out there with.

In 1999, Bertrand Piccard and Brian Jones finally landed their balloon, the Breitling Orbiter 3, in a remote area of the Egyptian desert. While landing in the desert isn’t such an unusual feat, it was the last day of a nearly 20-day journey. They had become the first people to circumnavigate the world on a non-stop flight using a hot air balloon.

Twenty years later, Breitling marks the historic feat with a watch that certainly looks like it could go on another 20-day flight. The Cockpit B50 Orbiter is a tool watch through and through, with both analog and digital displays powered by the Caliber B50 movement. The movement is Breitling’s own creation, made with thermocompensated SuperQuartz™ technology, which is measured to be ten times as accurate as a regular quartz movement.

Looks-wise it resembles the Breitling Emergency II, but the carbon-coated titanium Orbiter packs in quite a few features for the outdoors as well. It has a split-time chronograph (which lets you mark an occurrence while still keeping track of your total elapsed time) that also has a flyback feature, which means you can reset it to zero without stopping it first. This makes it handy for when you need to respond quickly to what’s happening around you.

It also has a count-down/count-up system (for timing things), an electronic tachymeter (used to measure distance through speed), and a chrono flight device that keeps track of departure and arrival times and dates. Add in the watch’s use of Coordinated Universal Time (UTC), and you basically have a tool that can easily switch time zones, keep track of two time zones, and switch the screen’s display instantly while also accounting for possible changes in date.

That might seem a lot to handle but the crown and pushers at the side make each function easy to control, while the screen serves as a guide when switching between them. This is a watch that’s meant to be in the air.

Montblanc hit it out of the park with the release of the 1858 collection, a line of vintage-inspired watches that debuted with several interesting pieces. But the most noticeable one was the Geosphere, which had a very unusual dial.

This year, the new Geosphere is much the same, but the bronze case and the green dial really drive the point home and bring the spirit of exploration to the wrist. Bronze is a popular choice of material this year and it’s not hard to figure out why. The metal acquires a patina unique to the owner as it ages, giving it a more personal touch and a true sense of ownership. The green palette, meanwhile, will look good on khaki and navy ensembles, which are neutral enough to wear to most casual occasions.

The watch is basically a world timer, but using the northern and southern hemispheres to display the time in different parts of the world. The hemispheres also move and indicate whether it is day or night. It’s an interesting variation to the usual world timers, which normally have the names of major cities along the dial to indicate the different timezones.

To cap it all off, the sub-dial at the 9-hour mark can be set with a second time zone so you can keep track of the time at home as you travel.

In 1969, Seiko shook the world by introducing the first quartz watch—called the Quartz Astron—that heralded the Quartz Crisis. While that’s a story for another time, it was a period that brought the mechanical watchmaking world to its knees before its eventual recovery.

Fifty years down the line, Seiko now has a reimagined version of the Astron, and it’s gone far ahead of the original.

First off, the watch runs on Seiko’s caliber 5X, which connects to the GPS network to check the time up to twice a day. When exposed to daylight, the watch connects to the network and adjusts accordingly. Should the watch be kept in the dark, however, the Astron GPS Solar remembers the last successful connection and will attempt to reconnect at the same time. When you switch time zones, you can also push a button to automatically adjust to local time, making it handy for hopping across the world.

In terms of functionality, it has a dual-time display to keep track of home time, a perpetual calendar that’s accurate to the year 2100, automatic adjustment to daylight savings time, a world timer, and an indicator for signal reception.

This one has been 60 years in the making.

In 1959, Logines came up with its first dive watch—the Skin Diver—during the time when the world was fascinated with going underwater. Water resistance was an especially big deal back then and all the major manufactures were coming up with watches for the deeps. The Skin Diver was Longines’ entry to the race.

Now recreated for the modern world, the new Skin Diver retains the spartan aesthetic of the watches of the time, with its only function being to tell the time underwater. As with other dive watches, the bezel rotates so you can keep track of the time you spend underwater. Simply rotate the bezel’s 12 o’clock marker to where the minutes hands is currently pointed, and you can then use the minute indicators on the bezel to see how much time has gone by since you set it.

The modern Skin Diver is water-resistant for up to 300 meters, and even if you don’t decide to go underwater with it, the vintage appeal is enough to keep it on your wrist.

Let’s make this clear: this thing is real, and it was meant to make a statement.

It’s become something of a habit for Moser to create something with a groundbreaking concept (check out their hilarious video that pokes fun at smartwatches and their watch made with Swiss cheese). Still, it looks as though they’ve literally had to break ground to make this piece. First off, watch the video:

Okay, so it seems silly at first, but it makes sense, I promise.

Moser made it as a declaration of their commitment to going green. They’re changing their manufacturing processes to create zero carbon footprint, and are now using fairmined gold (which is responsibly and ethically mined).

Now, on to the specifics. The dial is made of natural stone and lichen from the Swiss Alps and the strap is made of grass. The case, meanwhile, is made out of steel, but also with succulents, moss, mini echeveria, cress, spiderwort, and onion sets.

While it won’t get you out of a tight spot in the wild, it might just help you reestablish a greenery in case of an apocalypse (I guess?). At the very least, it’s going to be useful for camouflage. Practicality aside, though, this is a watch that drives its statement home. And since only a single piece exists (like the Earth!), you’re going to have to grow alongside it.