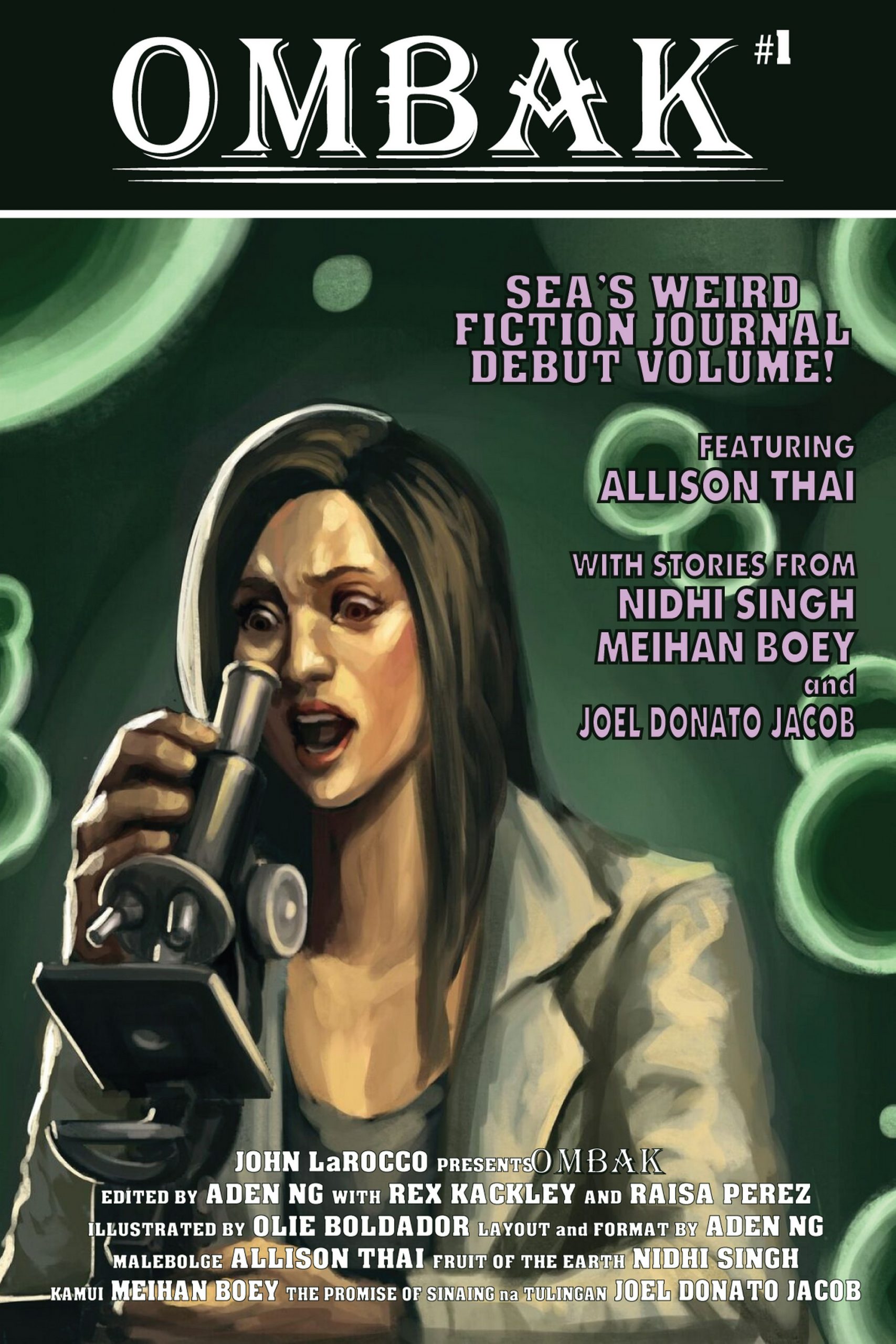 Fantasy, science fiction, and their related thematic counterparts continue to get progressively larger slices of the contemporary pop culture pie. Realism is by no means dead, of course, but genre fiction has come a long way from being just the literary establishment’s whipping boy.

It’s arguable that that’s always been the case, that fringe stories have always thrived despite (and probably because of) mainstream exclusion. What’s different now, though, is that they are celebrated for their fringe-ness today, more than they ever have been. There’s much to be learned from these interesting times, especially with the right people to guide us.

So, we decided to check in with someone who knows the landscape first-hand: Filipino speculative fictionist Joel Donato Jacob.

On writing for regional audiences

You might have most recently come across Jacob because of his inclusion in the first issue of Ombak, a weird fiction journal that focuses specifically on Southeast Asian writers. And no, weird isn’t a pejorative in this case: it’s a tacit celebration of blazing trails.

“Ombak is the spiritual successor to LONTAR,” Jacob says. “They’re both Singapore-based journals. Sometime after LONTAR closed, [its editor] Jason Erik Lundberg passed along Ombak’s call for submissions for its first issue. One of my longer pieces got in, thankfully.”

The piece he’s talking about is “The Promise of Sinaing na Tulingan,” which we won’t spoil for you because you really should check out issue #1 of Ombak, which came out in the fourth quarter of 2018 and is currently free to download.

While Jacob is happy to be part of Ombak and looks forward to submitting for future issues, he’s always aware of the challenges of writing for a regional audience: something that he experienced when he was first published in LONTAR.

“A lot of the concepts I wrote for LONTAR were written with a Filipino mindset and tone, assuming the reader would be familiar with them,” Jacob admits. “Jason, he was very keen on helping [non-Filipino] readers out. Discover without being told, and show by telling, for example, what a tikbalang is, or what a lambana is. It’s so easy for Filipinos to overlook. We would casually use them in a conversation or in a story, without feeling the need to explain it. Whereas, if you’re writing for a larger audience, internationally, you’re obligated to hold your readers’ hands a bit to get where you’re going.” Jacob’s commitment to making accessible stories paid off: in 2018, he won the Scholastic Asian Book Award for his novel submission of Wing of the Locust, which has since been acquired for international publishing by Scholastic.

On spec-fic and going beyond the center

While waiting for Wing of the Locust to be published, Jacob is happy to talk about the rationale behind its creation.

“You know how they say the mangkukulam were just village wise people who were vilified by the Spaniards to hedge out folk knowledge, folk wisdom, and promote Christianity? I’ve always been interested in that, so I wrote an entire novel about the ‘good guys,’ these pre-Hispanic mangkukulam. And they’re just those wise people. Of course, there are good things and bad things. They still do what we know mangkukulam do, but they also help out with medicine, the harvest, stuff like that.”

Jacob states: “I just wanted to take the discussion away from the imperial center.”

That notion of telling stories to explore outside of the prevailing narrative is the core of speculative fiction. Jacob points out how it can, and should, be leveraged even in the face of the literary establishment’s disdain.

“It’s all about stepping down from the ivory tower. The print industry built itself into a prison,” Jacob underscores. “With the recent resurgence of fantasy, like Harry Potter and George R. R. Martin, it’s practically already mainstream. People are just denying the fact that it can be literary. There’s a denial of its literariness, or its validity as a text. Realism [is still the] mode, supposedly. But you have all of these dystopian future novels that already discuss, say, Trump economics, or Trump politics in the US. Racism, issues of class, too. It’s still realism, even though it’s not realism in the way that we might understand. It’s hyperrealism, a refocusing of the lens to see that things are really f*cked up.”

And then he delivers the kicker: “These stories? They sell. People buy them.”

On market viability and the future of publishing

Jacob asserts that that’s the important thing: the fact that there’s tangible market demand for published material, albeit not what the establishment considers literary.

“A lot of people are whining that the print industry is dying,” Jacob says. “But really, the print industry is dying only for the people who are gatekeeping literariness. If you go to the Summit Media shelf in National Bookstore, for example, the romance novels there are selling like hotcakes. There’s no denying that people read; they just don’t want to read [the gatekeepers]. Once we get off our high horses, we realize that Filipinos do read.”

Recognizing the value of what does catch the public’s interest is a major point that Jacob wants to make, especially where it dovetails with what pushes the envelope across media forms. “There’s, say, how flash fiction is making a comeback. When flash fiction started, it was for instructional materials, like for the Church. But now, it’s not. Now we even have flash fiction erotica. Flash fiction can be just a burst of insight from an observation, so you’re not even sure if it’s an essay or fiction. Like, there’s Joselito Delos Reyes and his iStatus Nation, that’s an entire book based on Facebook statuses.”

Bringing it back to the essential union of storytelling and publishing, Jacob notes that we don’t have to be limited in our view of what publishing is, and what it could be. “There’s the resurgence of D&D, for example, and recently we had [Netflix’s] Bandersnatch.” He cites dating sim games as a significant example too of how fiction has developed: another evolutionary step forward from the framework that Choose Your Own Adventure books once pioneered.

“That kind of interactivity is powerful,” Jacob affirms, “and online publishing has the opportunity to tap into not just those kinds stories, but greater accessibility too.”