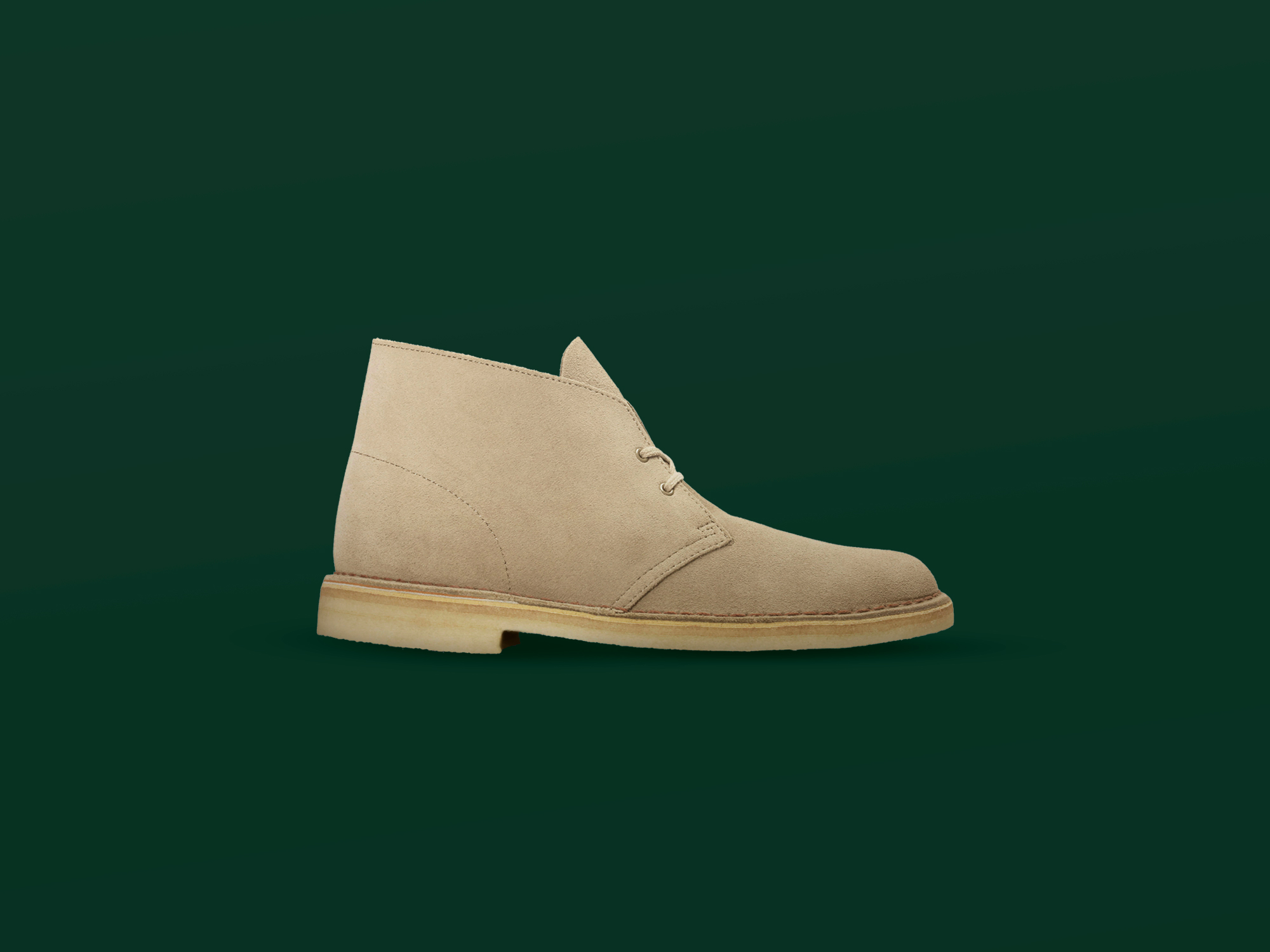 Today, the desert boot is on almost every must-have list.

If the desert boot in its original form were to be reborn into a human, it would be the robust, no-nonsense kind. A real meat and potatoes kind of guy. More Sean Bean and less Benedict Cumberbatch. Any comment on its looks would no doubt be preceded by the word “ruggedly”.

In 1941, Nathan Clark was deployed to Burma, Myanmar. His last name carried heft when it came to footwear, as he was the great-grandson of James Clark, founder of the footwear brand Clark’s. When he reached Asia with the instruction to be on the lookout for new shoe styles, it was meant to be serious business.

It was a boot design that originally came from the Khan el-Khalili bazaar in Cairo, Egypt, that caught Nathan Clark’s eye. Although these boots were worn primarily by officers of the British Army for the Second World War, it was not associated with rank.

The shoes were simple and free of embellishments. The materials–suede for the uppers and crepe for the soles–were used almost exclusively by the working class.

But it was precisely the minimalist design with the unusual sole that appealed to Clark. In 1949, Clark’s debuted its boot design at the 1949 Chicago Shoe Fair, where it was well-received.

The desert boot gained even more traction during the 60s when they were seen worn by celebrities like the Beatles and Steve McQueen.

Today, the desert boot is on almost every must-have list. It would be wrong to call it a resurgence. Its popularity has never waned because of its functionality, but it certainly is experiencing increased attention.

The recognition that the desert boot is enjoying in recent years comes partly from hitting the right notes when it comes to being both smart and casual. In an era where dress codes are more fluid, this trait is to be rewarded.

The desert boot has largely maintained its original design. Most of its iterations keep the iconic two or three eyelet feature and lightweight construction. However, the original crepe sole has expanded to more options. Modern versions of the desert boot use soles in a more comfortable material like rubber, or a dressier form like leather.

The colors most associated with the desert boot are neutral tones like beige, brown, or gray, but it is not unusual to find a more flamboyant hue like purple or bright blue in the mix. A rising trend in desert boots is also the use of a sole in a contrasting color.

The question of what desert boots can be worn with can be better framed as: what can’t it be worn with? The classic pairing of this shoe style is with chinos, but it also provides gravitas when worn with a pair of woolen trousers.

Like the Oxford shirt and a great pair of well-fitting jeans, the desert boot’s fuss-free aesthetic appeals to the crowd that wants to individualize fashion in order to express personal style, so it’s easy to go town with it.