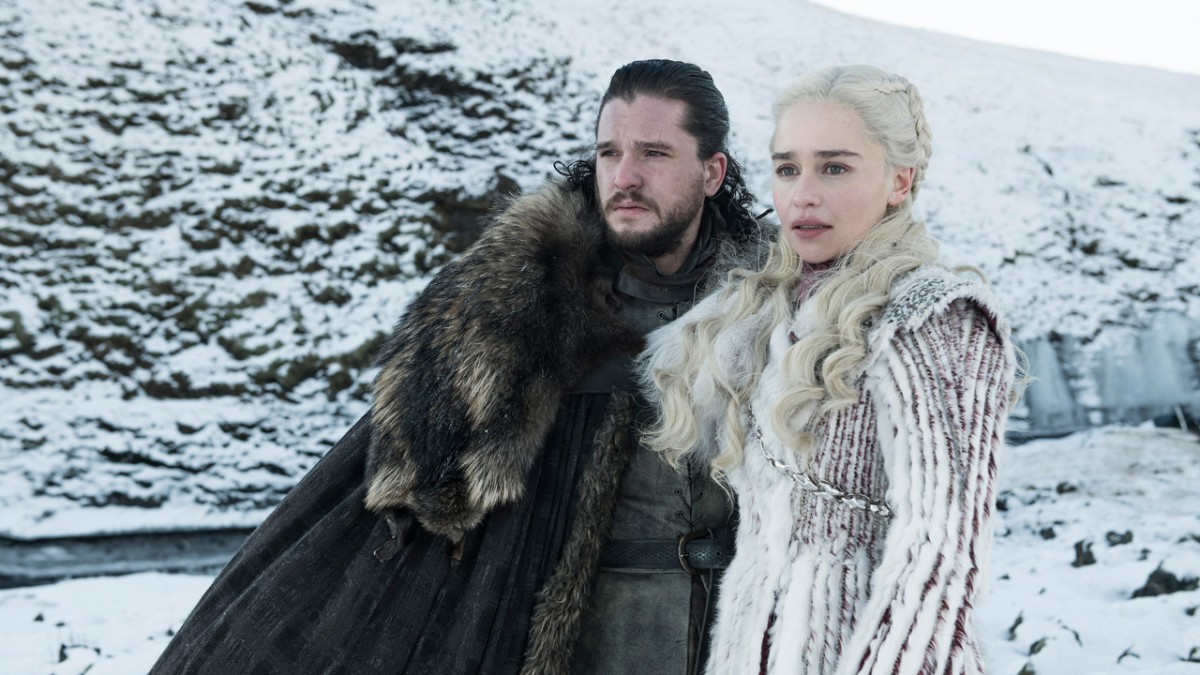 Obviously, here be spoilers. So if you don’t want to know who lives, who dies, or who tells the story, look away now.

Is everybody gone? Okay. I have a secret: I don’t really watch Game of Thrones.

I know, I know! It sounds suspiciously like the 1% who pride themselves on not knowing the hardships of the Starks, the treachery of the Lannisters, nor the honor of the Martell. In my defense, I’m not completely clueless.

I read the books long before the series aired, which gave me a certain sense of Schadenfreude when the Rains of Castamere finally broke everyone. Finally, everyone knew just how I felt when I threw my copy of A Storm of Swords against a wall and people at the food court judged me.

Fast forward to 2016, when the show diverged from the books, and I was left with the same handwringing thanks to the unknown, my certainty of character fatality once again in the hands of writer George R.R. Martin and TV showrunners D.B. Weiss and David Benioff.

I stopped watching after Season 3, firstly because I didn’t have cable anymore, but really because I no longer had the emotional temerity to drag my feelings through the shredder every time a favorite character died. I wanted to watch it again, especially with the final season coming up on April 14, but at the same time, I did not want to latch on to someone who would not survive till the end.

So I asked Ivy Valmadrid, admin of the Westeros Philippines fan page, on the level of attachment I should place on some of the characters in the series. With 1 being “Might as Well Administer the Last Rites” to 5 being “Protecc this Bb at All Costs,” she gave me a cheat sheet on whom to invest my feelings, starting with:

Okay, I know that the bastard of Ned Stark (or is he?) has died before, but Ivy is not so optimistic about his chances. As Lord Baelish once said, “Starks… quick tempers, slow minds.” There is a popular theory that Jon Snow is “R’hllor reborn” and destined to defeat the Night King, but nobody said the R’hllor would survive after the battle! So chances of Jon Snow dying (again) are very high.”

Also, as per slasher flick rules, they who sex early in the film get killed first. While Season 7 is not exactly the beginning of the story, Dany and Jon Snow kind of tipped the scales by having the may- or may-not-be incest.

“Anyone who holds a Valyrian Steel has a high chance of dying, because these people will defend the kingdom against the Night King and his army,” explains Ivy. “And Arya has two: Catspaw and Needle.” Add to that the fact that she is a Stark, and anyone with that last name in this series is bound to a life of pain and gruesome death. Her survival rating is only a little above Jon Snow’s, based on the fact that she’s a little wiser than any one of her siblings.

Say what you will about Sansa, but she is the only Stark to have survived the lion’s den, amid abusive marriages and politicking. “The problem here is that she may not be able to fight against a white walker or a wight,” Ivy says. She does get a beacon of hope though, in Brienne of Tarth and the lady’s promise to her mother.

Ivy has not much love for the last legit Stark boy. “He would probably die because, one, he’s a sitting duck in his wheelchair, two, [though] his warging ability may be vital to the Night King’s defeat, [it’s likely that] it would cost him his life and, three, he may actually be the Night King, so he would definitely die one way or another.” Whew.

“The prophecies in Game of Thrones are more accurate than any weather forecast,” says Ivy. “I firmly believe that she will die at the hands of Valonquar.” Not without fanfare, I hope. If anybody deserves a fantastically gruesome death, Cersei should be first on the list, not only for her scheming but as a wrap-up to a truly captivating character.

“I felt that Jaime’s character almost came to full circle when he left Cersei to join Jon’s army,” Ivy explains. “Fighting the Night King’s army and dying to atone for his crime seems to be a noble end for Jaime.” It would be a good fit too, especially for those who sail in the Tormund Giantsbane + Brienne of Tarth ship.

“He may be the most unfortunate Lannister, but he has been lucky enough to have escaped death from Eyrie to Meereen,” Ivy says. “He may survive to be the last Lannister standing.” Personally, I would like to see him on that Throne, since he’s really the only one with the smarts and EQ to rule kingdoms.

Aside from the slasher flick rules mentioned above, Dany’s survival rates were pretty much set even from the House of Undying.

“‘Three treasons will you know, once for blood and once for gold and once for love,’” Ivy recalls of the prophecy. “Mirri Maz Duur betrayed her with blood magic that killed Khal Drogo. Jorah Mormont betrayed her as Varys’ spy. She will definitely be betrayed for love.”

The survival rates in this list pretty much peak at only three stars, with good reason. “No 5 rating,” Ivy says. “Since I firmly believe that nobody will survive and the Iron Throne will be destroyed.” Grim, but in the end, the deaths are not really the point.

“What made it fun was the politics and the character development,” Ivy says. “You hate this character early in the series, then after several episodes, you begin to see that they are really not that bad.” The same goes for characters who needed to make dubious decisions. Game of Thrones is a lesson taught in shades of gray, and it has also taught us the art of letting go. And with the coming season being the last one, it’s imparting its biggest lesson yet: Don’t get too attached.