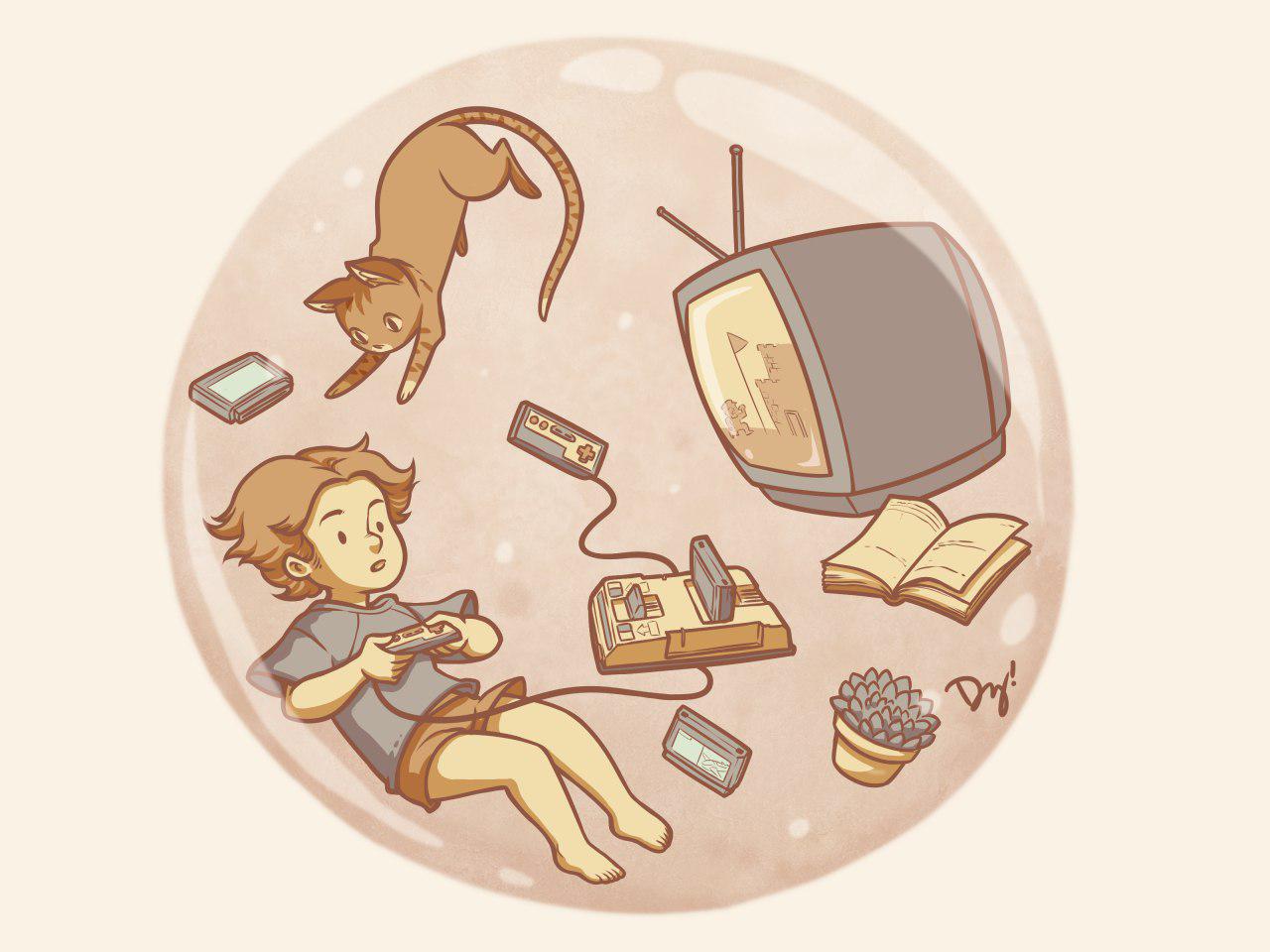 This is the first in a three-part series.

While it’s arguable that collective fatigue for all things retro is bound to kick in at some point, there are no signs of that happening any time soon, especially in the realm of video games. The biggest reason for that is the impact of nostalgia in today’s less-than-ideal cultural climate, and how video games have become the shiniest poster children for remembrances of happier days.

And, for some of us, they are remembrances of all the other lives we’ve lived.

Growing up as an asthmatic, awkward child with no siblings in 1980s Metro Manila meant that the immortal adage of “go outside and play” wasn’t as worthwhile as it could have been. Since the time I did spend outdoors couldn’t be about being sporty and working up a sweat, it was instead about being curious and coming up with stories in my head. They were stories where I could run as fast as I wanted and explore even the riskiest places without fear.

My imagination was the outside world, and early on, daydreaming was what truly let me go outside and play.

My path would have probably led to a cloistered lifetime of books and libraries if not for two things. The first was my father’s unrelenting fascination with martial arts movies, to the point of having Betamax “mix tapes” of movie fight scenes. They instilled not just an ironclad respect for Bruce Lee, Jackie Chan, and Chuck Norris, but also a deep desire (and abject frustration) to do martial arts despite my health.

The second thing was Karateka.

Decades before it became the monolithic iCompany that it is today, Apple released the humble Apple II Plus: a home personal computer that could do all sorts of nifty things. It would boot up with a loud-but-polite beep, and then make warm and pleasantly grating noises with its disk drives that would probably worry the hell out of us if we heard them coming out of our computers today.

My uncle had one because of his work at the time. While he ostensibly used it for work things that I honestly cannot recall, he also used them for video games: distractions that he treated with the same quasi-reverence and mild tinge of shame that one would associate with perusing racy magazines. Some of his diskettes even had “incorrect” labels, or none whatsoever aside from the silver write-protect tabs on their sides. Computers weren’t meant to be used for games, after all: they were for computing! Accounting! Databases! Serious things!

So, naturally, that’s where I first encountered Karateka: a martial arts game by Jordan Mechner that used unparalleled motion capture tech (at the time) to simulate combat. It wasn’t the first game of its kind to use many of the conventions we now recognize as 2D side-scrolling game design gospel, but it was easily the best of its class. (Mechner would later use more advanced versions of the motion capture tech to create another pillar of gaming history: the iconic Prince of Persia.)

Karateka was what really kicked open the doors in my head. I could imagine myself as the straight-backed, seemingly Caucasian, literally square-jawed hero (okay there’s some cultural unpacking required there) who could triumph using well-timed kicks and punches against countless enemies and the occasional irate attack bird to rescue his lady love (definitely more unpacking required).

In the video games of the Apple II Plus, I wasn’t the frail, slouchy, often-bedridden boy. I was the speedy thief (Lode Runner), the beleaguered Asian tradesman (Taipan), the harried arcade clerk (Spare Change), the post-apocalyptic survivor (Wasteland), and the last hope of a world falling to evil (Ultima IV: The Quest of the Avatar).

Thanks to that feisty little computer, I had my first real taste of what video games would eventually come to mean for me, in ways that books couldn’t. (Sorry, future comparative literature degree!) The written word was and would continue to be meaningful to me over the years, but it was the interactivity of video games, the sense of personal agency, that I grew attached to.

With video games, I was free to live all the lives I wanted to live.

When my mother realized that she was tired of not seeing her son for hours every evening because he was gaming at her brother’s place, she eventually got us our own Apple II Plus. I spent almost every waking hour at it, if I wasn’t at school, at the dining table, or in bed. And I most assuredly was not using it for any sort of work.

What she didn’t realize at the time, however, was that granting me unfettered access to my own gaming platform meant I would learn to process the real world as an environment adjacent to my life as a gamer. Rather than as, you know, the real world. While I wouldn’t say it was an unwise choice given where I am today, it did cement the need for constant video game engagement at the greater expense of getting proper sunshine, fresh air, and exercise.

Since I couldn’t take the Apple with me wherever I went, my mother relented and gave me the next best thing: portable gaming. Nintendo’s Game & Watch series was the most recognizable portable brand during my primary and secondary schooling years, with kids sporting many of the iterations of the dedicated little consoles (much to the consternation of schoolteachers everywhere, as the Age of Handheld Electronic Distractions that Should Be Confiscated had effectively begun).

My pride and joy of that era was Game & Watch Panorama Screen: Donkey Kong Jr., a handheld like nothing any of us kids had ever seen at the time. It would unfold and require an overhead light source to illuminate the gorgeously colorful LCD screen, which was reflected onto a built-in mirror. It was bright and cheery in ways that no other Game & Watch in my pocket of Metro Manila was. The display was so crisp and the sounds were so clear that it was, as the designers intended, like holding a tiny arcade cabinet in my hands.

That game taught me a lot of things that are the hallmarks of twitch gaming (as in reflex-based gaming, not the video streaming platform we know today): hand-eye coordination, high-speed problem-solving, and how to frequently stretch your hands because of repetitive strain injury. What it also taught me, but I only understood much later, was that I wasn’t just enamored with it because it was fun: I clung to it because it represented a lifeline. It was a tether to the safe place that I recognized video games to be, in a world that was slowly but steadily becoming more demanding and more serious.

Like Charles Schulz’s beloved Linus van Pelt, I held on to that Panorama Screen as a security blanket, and I really took it everywhere: to school, to the library, and even to the beach. I needed it to feel connected to the gateway, to the alternate lives that video games, or at least that one game, could afford me. How it never got confiscated or destroyed throughout my young childhood was nothing short of a miracle.

That practice of having a gaming security blanket never left me, and it was a theme that would come up repeatedly throughout my life. Before I would graduate to the true initial heyday of portable gaming—as embodied by the Game Boy, its descendants, and its rivals—two things would happen: my desktop gaming would cross over from the Apple II Plus to the worlds of MS-DOS and Windows out of hardware necessity, and I would stumble onto the console that would truly solidify my original gaming bubble: the runaway Japanese hit that was Nintendo’s Family Computer.