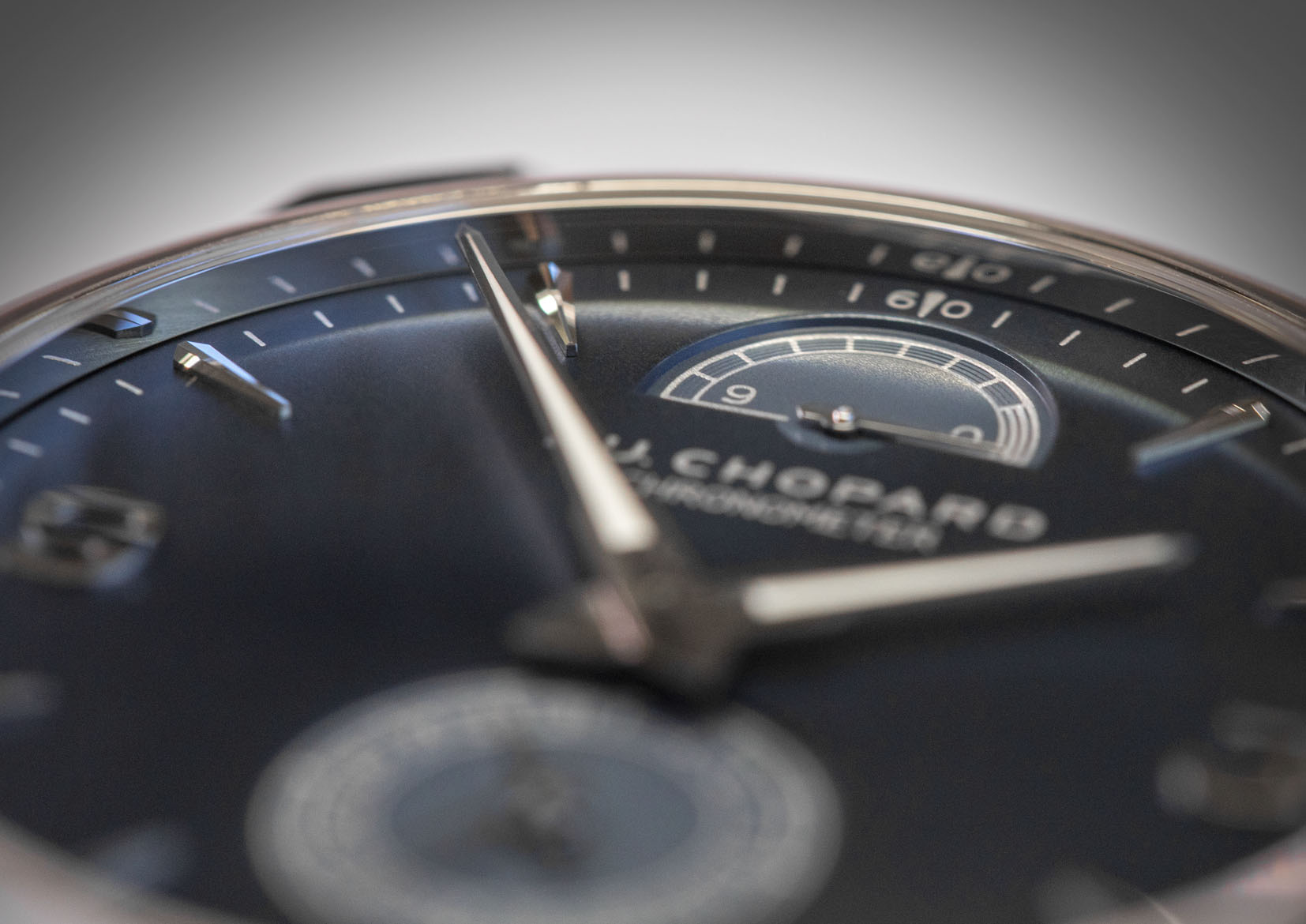 Take a look at the best pieces from one of the most important watch and jewelry shows in the world.

With Baselworld 2019 recently packing up, we’re left with another slew of watches to think about until the next big series of releases. This year, the watch houses have drawn inspiration from the past, developed new innovations, and re-issued iconic watches to create something new in the ages-old tradition of watchmaking.

The romance of astronomy has never been lost to watchmaking. The various houses have come up with planetariums, star charts, and moon phases, along with every other complication that could possibly fit into a wristwatch.

Jacob & Co. is no stranger to these things, but the Astronomia Casino decided that it wanted to push its luck in the complication department. A double-axis tourbillon rotates at the center, counteracting the effects of gravity (fitting for a watch that takes the sky as its inspiration). A tiny blue globe (the Earth) and a small diamond (the moon) also travel along the dial with the rotation of the tourbillon.

Still, what sets this watch apart is the fully-functional roulette done up in black, red, and green enamel. At the push of a button at the 8 o’clock position, the roulette spins, letting you play a game of chance. You can also have the craftsmen of Jacob & Co. customize the piece with a mother-of-pearl insert on your lucky number.

In 1969, right before the Quartz Crisis (the advent of quartz watches that almost put an end to mechanical watchmaking), Zenith came up with a groundbreaking model. It was the first fully integrated, high-frequency, automatic chronograph. Known as the El Primero, it remained an icon of watchmaking and was the most precise chronograph in existence for years.

Now, 50 years later, Zenith pays tribute to the watch that has since become a legend. The El Primero A386 Revival is an accurate replica of the original from 1969: a 38mm case, a domed crystal, three-colored counters, a tachymeter scale, and even the shape of the hands and hour markers.

Zenith reverse-engineered the original El Primero, digitizing each component to create as close a reproduction as it possibly could.

The only difference is in the case back, which now fully reveals the movement instead of being closed. With three versions available—white gold, yellow gold, and rose gold—the El Primero is set to make history for another 50 years.

This piece is an exercise in restraint: with the introduction of the original Quattro in 2000, Chopard was out to prove that it could slap on a massive amount of power into a watch that still looked elegant on the wrist. The Quattro has four mainspring barrels (essentially the power source of a mechanical watch), giving it an incredible 9-day power reserve. For something that’s just 3.7mm thick, that’s certainly a remarkable feat.

It’s this slimness that allows it to maintain a refined silhouette. While the case does sit at 43mm, it doesn’t look like it takes up that much space at all. The layout of the dial is also very cleanly done, with only two Arabic numerals at 3 and 9. Both the small seconds hand and the date display appear in a sub-dial at 6 o’clock, and a power reserve indicator sits at 12, letting you know just how long this watch can keep on running.

Bronze seems to be a popular material this year, with the Panerai Bronzo and the Urwerk Maverick making strong impressions when they were announced a while back. The main reason behind it is the way bronze ages, since the metal acquires a patina over time, creating a pattern and color unique to the user.

The Black Bay’s slate grey dial is a very appealing alternative to the black or brown ones you usually find in bronze models. Still, make no mistake, this piece isn’t just about the looks. The Black Bay is a fully functional dive watch with 200m water resistance, as well as a rotating bezel to help keep track of your time underwater. That, and bronze is known to be heavily resistant to corrosion. This is a watch that’s meant to be used at sea.

In 2005, the original Big Bang was revealed in Baselworld, and it has since become Hublot’s most iconic timepiece, giving birth to new flagship collections like the Classic Fusion and the Spirit of Big Bang.

Keeping in line with Hublot’s reputation for innovative watchmaking, the Classic Fusion Ferrari GT is a new step in the brand’s collaboration with the famed motoring house. The watch draws inspiration from the Gran Turismo world, and it certainly looks the part.

The sleek case (which comes in titanium, gold, or carbon) was created by the Centro Stile Ferrari designers, so you can be sure that the spirit of racing is alive in this one. The dial is reminiscent of a sports car dashboard and the touch of red at the top pusher is distinctly Ferrari-inspired.

Still, it is very much a Hublot, with the exposed screws on the case and a Big Bang Unico movement under the hood. The Unico movement’s flyback chronograph also allows you to keep track of how well you’re doing on the tracks, or how long it takes for the water to boil. Because, let’s face it, chronographs are just fun to use.

Popularly nicknamed the “Batman” because of its blue-and-black bezel, this one is very likely going to be a hit. Rolex is mostly about refining its classics, and while the old Batman was already a fan favorite, the new one sports quite a few differences.

First off, there’s the movement: the calibre 3285. It’s got a 70-hour power reserve and is accurate to within two seconds per day. The next is the Jubilee Bracelet, which now replaces the Oyster Bracelet more commonly found in the previous models.

Aside from that, the GMT-Master II just plain looks cool, and since it is Batman’s 80th anniversary (the character, not the watch), you might want to think about commemorating it with something that’s also iconic.

Another one from out of the archives, the Navitimer 1959 Re-Edition faithfully reproduces the look of a model from the era. From the black dial and the custard details, down to the beaded bezel and the unsigned winged logo, Breitling pays attention to every tiny thing that made the original what it was. Even the case measures exactly 40.9 mm, with the lug profile kept intact.

For the movement, Breitling developed a new hand-wound caliber to power the watch, which will later be used for other re-editions to come (yes, it seems there will be more historical pieces from the brand).

The Navitimer was an important watch for quite a few reasons. It followed in the footsteps of the brand’s Chronomat model, which was the first chronograph with a slide rule: a kind of analog computer that used the bezel and dial to make calculations (distance, fuel consumption, and so on) while flying planes. The Navitimer had a more advanced design and was intended for use as a functional tool for pilots. A variant called the Navitimer Cosmonaute was later worn by Commander Scott Carpenter of NASA’s Project Mercury—the organization’s first manned spaceflight project—making it the first chronograph in space.

With the 1959 Re-Edition, part of that history comes alive again.

As watch designers go, Gerald Genta remains one of the most important. The man is responsible for creating the Patek Philippe Nautilus and the Audemars Piguet Royal Oak, both still icons of their respective brands. The latter almost single-handedly saved Audemars Piguet from going under, and is considered one of the watches that changed timekeeping history.

While Genta was an independent watchmaker for a while, the company was acquired by Bulgari later on, and so the watchmaking expertise lives on with them. This year, Bulgari pays tribute to that legacy.

The Genta 50th Anniversary is a beauty. The cerulean dial just jumps out at you, and the round, Arena case goes well with the Arabic numbers on the dial. On the center is a jumping hour display, while the minutes are shown on the top half with a retrograde display. The bottom half, meanwhile, has a retrograde date display. A retrograde complication makes the hand “jump” back to the beginning after it reaches the end of the display.

In any case, all of these make for a stunning, retro-futuristic tribute to the man who dedicated his life to the art of watchmaking.