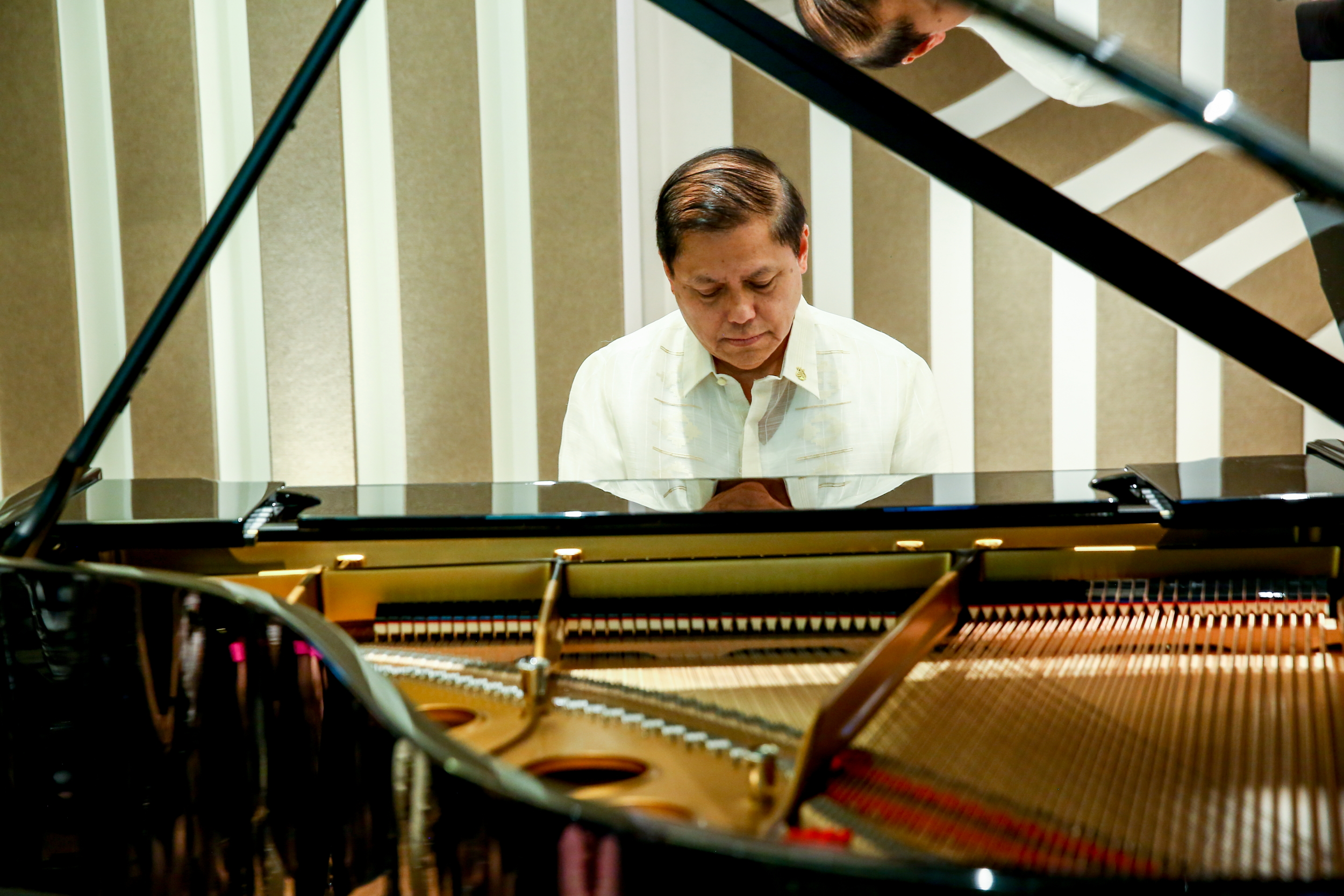 Steinway has conferred world-renowned pianist Raul Sunico as one of its artists.

Walking into the Steinway boutique, I don’t know what to expect. I’ve never been to a live piano performance before. At least, not by someone as well regarded as Raul Sunico.

Sunico, he’s a multi-awarded international concert pianist. And here’s how much of a legend he is: Sunico seems to be the only person on record who has ever played the four Rachmaninoff concertos in a single evening. The third of those concertos is considered to be one of the most technical and challenging piano pieces in the modern classical world.

Tonight is his conferment, and what that means is that Steinway & Sons considers him one of the top pianists in the world, and will now include him in its roster of artists. This is a list that includes names like Sergei Rachmaninoff himself, as well as Cole Porter, Diana Krall, and Billy Joel.

The conferment is an important occasion for two reasons. The first is that Steinway & Sons makes some of the finest pianos that exist, which means that the brand’s regard isn’t lightly given. The second is that Sunico is the first Filipino-domiciled classical pianist to have been given this commendation. That he’s here, that any of this is here at all, is nothing short of remarkable.

And so, the music begins. But it isn’t Sunico playing. Not yet, anyway. Instead, the Steinway on the stage—a Spirio—hits the opening notes of Ernani Cuenco’s “Bato sa Buhangin,” all by itself. It’s designed to do that: to play performances by artists indistinguishable from a live version. The song is an old one, and it has been played in many forms. Most popularly, perhaps, in a Manila Sound rendition by a band called Cinderella.

The Spirio plays it exactly as Sunico would, the keys moving as though an actual player were pressing on them: he’d recorded it at the Steinway Hall in New York, some time ago. Think along the lines of motion capture for music. Sunico would play it again later, with him sitting at the piano, but for now, the lilting melodies of “Bato sa Buhangin” keep everyone silent. It is a beautiful song, and Sunico’s version sounds more in the style of Chopin’s Nocturne in E-flat.

When the song is done, there is much applause, some cheering, a few bravos. But now, Sunico is preparing to take the seat himself.

“I have to warn you,” he jokes, “I cannot play the same thing twice.”

Now there is laughter, though the audience knows that, in this joke, there is a bit of the truth. In the brief sent to me, Sunico says that: “It isn’t written down. The music is in my head as an idea. And when I record, that’s it, I play what’s in my fingers.”

That’s what we’re about to hear now.

As the opening notes of “Bato sa Buhangin” play again, they come alive in Sunico’s fingers. While the Spirio may have played it the same way he did all those weeks ago in New York, it is still a different song this time, the way he presses each key varying slightly to make new sounds altogether. You see the depth of music here, the small nuances, the elasticity. And I suppose that’s what’s so beautiful about the Spirio: it takes a moment in time, a thought, a sequence, and recreates it, over and over.

Sunico is done now, and again: applause, cheers, bravos. Some people still have their eyes closed, perhaps the better to appreciate the music. I feel like I have lost part of my gut somewhere, the performance was that good. And while the applause continues for “Bato sa Buhangin,” everybody knows they are cheering for a different song entirely, one that Sunico has only made now.