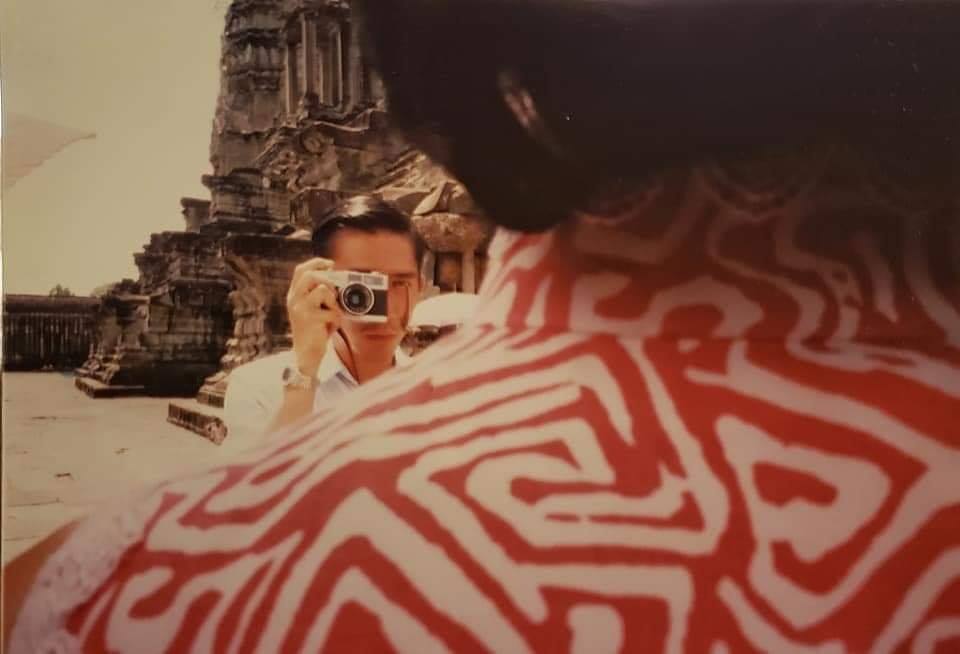 Revisiting the masterpiece by Wong Kar-wai

It has been nearly twenty years since Wong Kar-wai’s In the Mood for Love was released, and three years since I saw it for the first time.

Having never seen a Wong Kar-wai film in my life, I had no idea what to expect. And, much like the two main characters of that gorgeous movie, I didn’t expect to fall in love.

It could easily have been a cliché of a love story: Two people discovered that they’d been betrayed by their spouses, and they ended up finding solace in each other. They fell in love and ran off together, leaving their betrayers behind and starting over. The end.

In the Mood for Love spun the old cliché into a more complex romantic tale, telling it in a way that drew me in and convinced me to stay for dinner and a few rounds of mahjong.

The film was set in 1960s Hong Kong, and it began with two couples, the Chows and the Chans, moving into apartments adjacent to each other. When Mr. Chow (Tony Leung) and Mrs. Chan (Maggie Cheung) discovered that their spouses were cheating on them with each other, they started a friendship that gradually developed into something more.

The story and the relationship between Mr. Chow and Mrs. Chan played out in tiny rooms, narrow corridors, and dimly-lit streets. I loved how those small spaces and clever cinematography make me feel an intimate connection with the characters, while also reminding me that I’m an outsider spying on something that ought to remain private.

The cinematography moved at a steady yet somewhat erratic pace, using a combination of long slow-motion sequences as well as quick cuts of short scenes that occur on completely different days. I found it hard to keep up the first time around, but once I started paying more attention to the little details—like the pattern and color of Mrs. Chan’s lovely cheongsam, or which shirt-and-tie combo Mr. Chow is wearing—I got a better sense of how the story was moving along.

Interestingly, it was that kind of attention to detail that helped Mr. Chow and Mrs. Chan realize that their spouses were cheating on them with each other. As Mrs. Chan said in one scene, “You notice things if you pay attention.” So, when she noticed that her husband had the same tie that Mr. Chow had, and he noticed that his wife had the same bag as Mrs. Chan had, it became clear that something was going on.

Once they admitted their suspicions to each other, I assumed that they’d just start an affair of their own to retaliate. In a way, they did, but it started in a more interesting way than I expected.

In an attempt to understand what happened, they started an odd roleplay: pretending to be each other’s spouses while acting out what might have transpired between them.

While that added an interesting layer of complexity to their relationship, it actually hurt to see them perform those little scenes. They might have said that the entire point of the exercise was to understand what happened and figure out what do next, but it just ended up hurting them even more.

Mr. Chow and Mrs. Chan initially kept things platonic, agreeing that they would not stoop to the level of their cheating spouses. “We won’t be like them,” Mrs. Chan said. So, when they started falling in love, they tried to deny the true nature of their budding relationship.

As they started spending more time together, I could just feel their connection. It was in the music that played as they interacted. It was on their faces and in their actions. It was even in the detail and composition of every frame where they appeared together. For them to deny the love that was so beautiful and so apparent was just so tragic to watch. And that was what I absolutely loved about the film.

That denial of love was the ultimate tragedy of their story. Even when the two lovers were finally ready to admit their feelings, circumstances seemingly conspired to deny them. When Mr. Chow finally admitted his love for Mrs. Chan, it took her a while to follow suit. She eventually decided to accept his invitation to join him as he migrates to Singapore, but by the time she rushed to his hotel room, he was already gone.

One year later, Mrs. Chan visited Mr. Chow’s apartment in Singapore while he was at work, and they never saw each other. All she left for Mr. Chow to find was a lipstick-stained cigarette in his ashtray. Three years later, Mr. Chow visited their old apartment building, and passed by the apartment Mrs. Chan was living in without even realizing she was there.

Their relationship started with well-timed chance encounters at home and on the street, but it ended with one poorly-timed visit and a missed opportunity. In the end, Mrs. Chan moved on with her life as a mother and wife, and Mr. Chow tried to let go of the past by whispering their secrets into a hollow at Angkor Wat.

Vikra Murthi of Indiewire perfectly captures the meaning of what made that final scene so meaningful: “We’re left on that moment: A mud-covered hollow containing an enduring love that will never be realized but can never be forgotten.”

Revisiting the film three years later feels like recalling an old flame that burned out long ago but remained unforgotten.

I really didn’t expect to fall in love with it, but once I started watching, it was hard for me not to. A beautifully written love story, compelling performances by talented actors, amazing cinematography, the right music to set the tone: what more could someone in the mood for love ask for?

And even if you aren’t in the mood for romance angst, it’s still a critically-acclaimed, award-winning film that every cinephile should watch.

In the Mood for Love is one of three films in an informal trilogy: Days of Being Wild is its predecessor, while 2046 is a loose sequel. I haven’t seen Days of Being Wild, but I have seen 2046. It’s interesting in its own way and it’s full of the stunning visuals Wong Kar-wai is known for, but In the Mood for Love is simply more pointed and impactful.

Wong Kar-wai’s upcoming film, Blossoms, is said to be a follow-up to In the Mood for Love and 2046, and it’s based on an award-winning Chinese novel by Jin Yucheng. Given how wonderfully executed In the Mood for Love is, I’m excited to see what he has in store for Blossoms. Will Mr. Chow and Mrs. Chan be reunited? Likely not, but it’s too early to tell.

In the meantime, maybe I’ll watch the movie again.