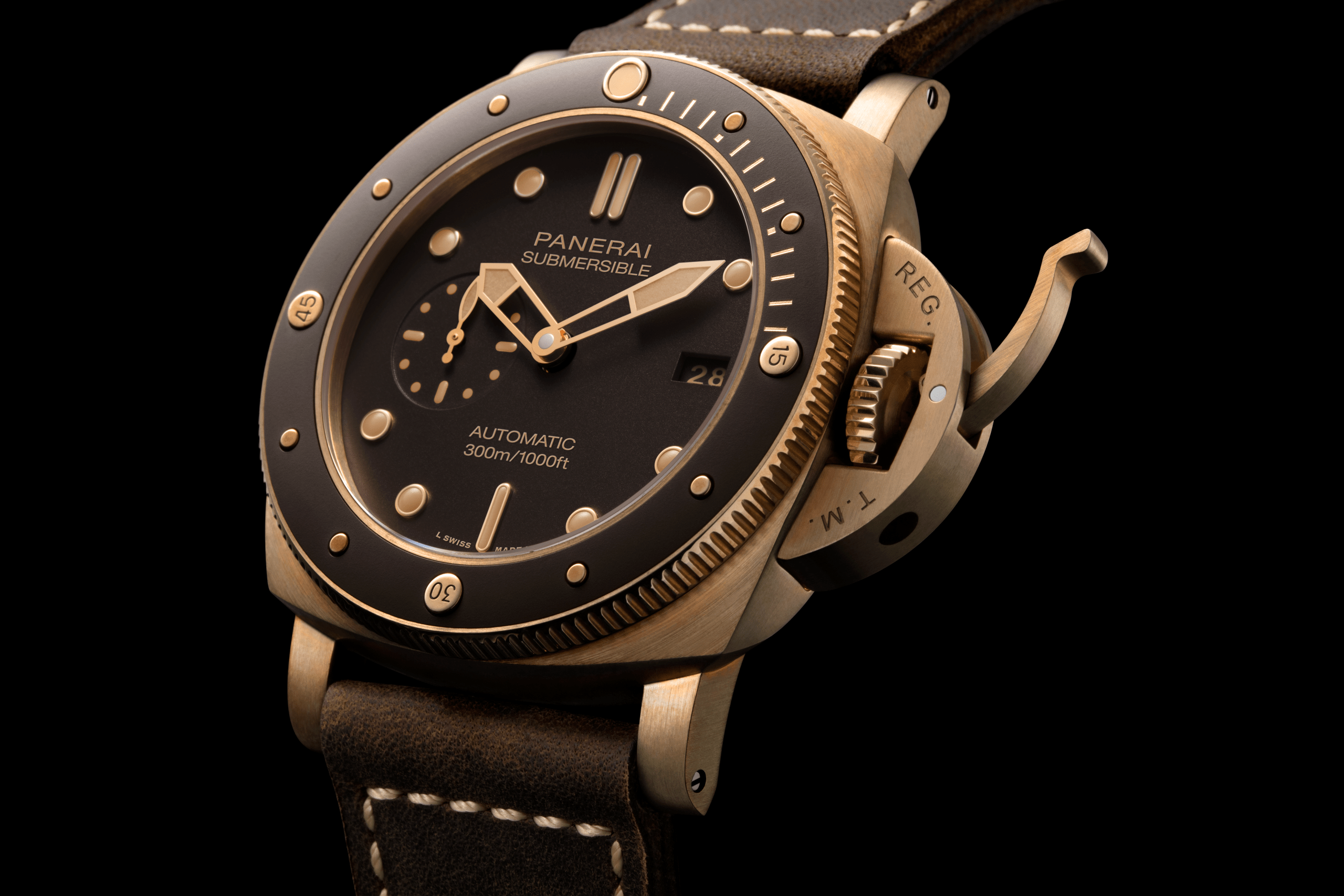 With the Luminor Submersible Bronzo, Panerai just entered the Bronze Age. Sure, they’ve been releasing a few bronze models here and there since 2011, but never on this scale. Typically, they were limited edition models, and considering just how many fans the brand has all over the world, it was always an uphill battle to get one. The new Luminor Submersible Bronzo, however, will be made available to everyone. So I suppose you could say the Bronze Age really starts now.

Panerai says that the new Bronzo is designed for “modern heroes,” and it’s difficult to argue with that. At 161 grams and with a 47mm case, you may need the strength of a Bronze Age hero to wear one. Levity aside though, this isn’t a watch for the shy, and it seems likely to get a lot of attention.

The brand’s Laboratorio di Idee has been working on bronze—one of the oldest metals known to man—and figuring out how to combine a sense of the past, a hint of the future, and the technology of the present, to create a watch that changes appearance as it ages. And they’ve largely succeeded with this one.

Sure, watches get dinged and scratched all the time, but bronze is unique in its ability to develop a patina over time. There’s also no set pattern for this patina, since it depends on what the wearer does with the watch, making each piece unique, despite not being a limited edition. It’s roughly similar to how selvedge denim fades according to how you wear it. It might take a while to get the look you want (likely, years), but the result will feel more storied and personal.

As for the features, the Bronzo is a professional diving watch, and you can take it up to 300 meters below the water. There’s a small seconds sub-dial at the 9-hour mark, a date display window at three, and a rotating bezel done up in bronze and brown, sandblasted ceramic. The bezel is an especially useful tool for divers, as it allows you to keep track of how long you’ve been underwater. You rotate the bezel’s 12 o’clock marker to where the minutes hands is currently pointed, and you can use the minute indicators on the bezel to see how much time has elapsed since you set it. Pretty handy, even when you dive into a meeting.

The brown dial is also a striking feature, and all indications are luminous, which means they’ll be legible, even in darkness. Panerai’s signature crown guard is also done in bronze, which is a nice touch. This is definitely a watch that will draw looks with its old-timey military appeal.

Still, if any brand has the right to that appeal, it is Panerai. Having been named the official watch supplier of the Regia Marina (Royal Italian Navy) in the ‘30s, it has the heritage to back up its looks. But that’s another story entirely, and it’s one that we’ll tell in the future. In the meantime, have a look at the previous entries of Watches and the Pedestrian to read about other historic brands and watches.

Aurelio Icasiano III is the editor-in-chief of Mantle. He’s a big fan of the Bronze Age.