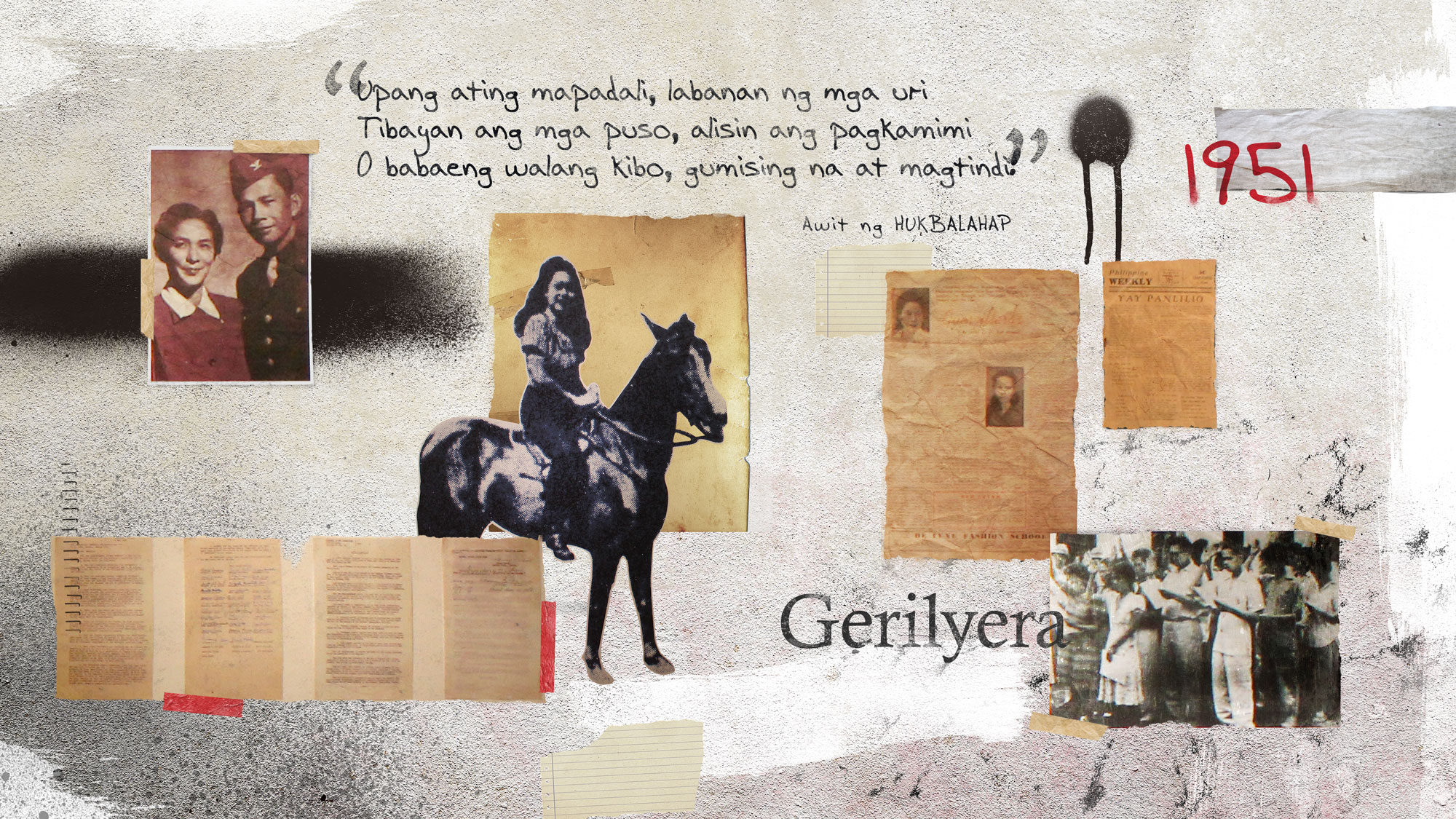 An exhibit tells the stories of Filipinas during World War II.

There are far too many aphorisms about war. War is death. War is glory. War is history in the making. War decides fates. War is dirty business.

War is about people and machines and boundaries, belief and conflict, ways of life and change. But war is also millions of stories, of bravery and bravado, courage and cowardice, brutality and tenderness.

Stories of war often tell of men going off to fight, of strategy and tactics, glory on the battlefield. These are stories of small forces fighting off gargantuan armies, small bands of brothers trapped, miracles and mayhem.

Rarely are there stories of the women at war. “Every war is a war on women,” wrote Filipino writer M. Evelina Galang. Wars widow women and orphan children. Women suffer abuse in many forms. If there are any stories of women and war, these are the stories often told.

But women are at war too, everywhere, often undocumented, their efforts ignored by history, their feats downplayed by the victors. Women tend to the wounded. They write the stories of the downtrodden. They make sure there is food enough for all. They gather and organize. And fairly often, they arm themselves and take to the battlefield themselves.

It’s these stories and more that were told at Women and War, “an exhibition on Filipina workers, warriors and survivors of World War II” held at the Ayala Museum. Presented in partnership with the Filipinas Heritage Library, Roderick Hall Collection and Lila Pilipina, the exhibit told many stories that were previously untold, or known to too few. Many of these women were, in one way or another, part of the Huk Rebellion.

Rebelling against the Japanese–and the Americans

According to the Philippine Center for Investigative Journalism, “The Huk rebellion actually came in two phases. The first involved a peasant-based struggle against the Japanese invaders during the 1940s that led to the formation of the Hukbo ng Bayan Laban sa Hapon (People’s Movement Against the Japanese) or Hukbalahap. The second phase was during the postwar era that saw the new Philippine republic still under strong U.S. influence and with a strong intolerance of the Left. Determined not to let the Left establish a political power base, the government launched a series of actions aimed at delegitimizing the Huks and undermining their popular support. The Huks were thus forced to go underground and reorganize in the forests of Luzon to now resist the government – their fellow countrymen. The Hukbo ng Mapagpalaya ng Bayan was then established.”

Historians estimate that one in ten guerrillas who served in WWII was female.

Women often suffered the worst abuses at the hands of the Japanese invaders, and it was precisely this abuse that compelled them to join the fight. Many of them had male relatives who were already guerrillas; it made sense to them to follow. Media later called them Huk Amazonas. Many of them served as medical aides or nurses, while others served as spies. And some actually led men into battle.

One of those Amazonas was Remedios Gomez, of Mexico, Pampanga. Later known as Kumander Liwayway, she would lead about a hundred men to battles and win, even when other Huk commanders had already decided to retreat.

One woman whose name kept appearing across the plaques and photo captions was Valeria “Yay” Panlilio, a Filipina-Irish-American journalist and broadcaster. She fled to the mountains to escape the Japanese, and there she met Major Marcos “Marking” V. Agustin. She ended up helping him lead his army of guerrillas, handling paperwork and advising him in decision-making. Her autobiography, published in 1951, told of life not only of the guerrillas, but also of the women who served alongside them. She wrote, “It is true women are soft. It is also true that women can be the most bloodthirsty and cruel of creatures. I want to be neither. It is enough to do my duty.”

There were others who fought not with arms, but with words. Nieves Baens Del Rosario, born in 1902, was a prolific writer. First published in 1922, she wrote essays on nationalism, on the patriotism of Rizal, and on the popularization of Filipino as a language. Her translations of Jose Rizal’s poems were published in various magazines throughout the 1930s and 1940s. In her novel Erlinda ng Bataan (Erlinda of Bataan), she told the story of a woman who, disguised as a man, fought as a guerrilla for four years.

Countless other women served in different ways, their names usually mere footnotes in history books. But in every war, there have always been women, working quietly at “women’s work” or charging at the enemy, swords and teeth bared, or maybe even both.

Their stories are heartbreaking, awe-inspiring, no less amazing than the men’s stories. And their stories must be told.