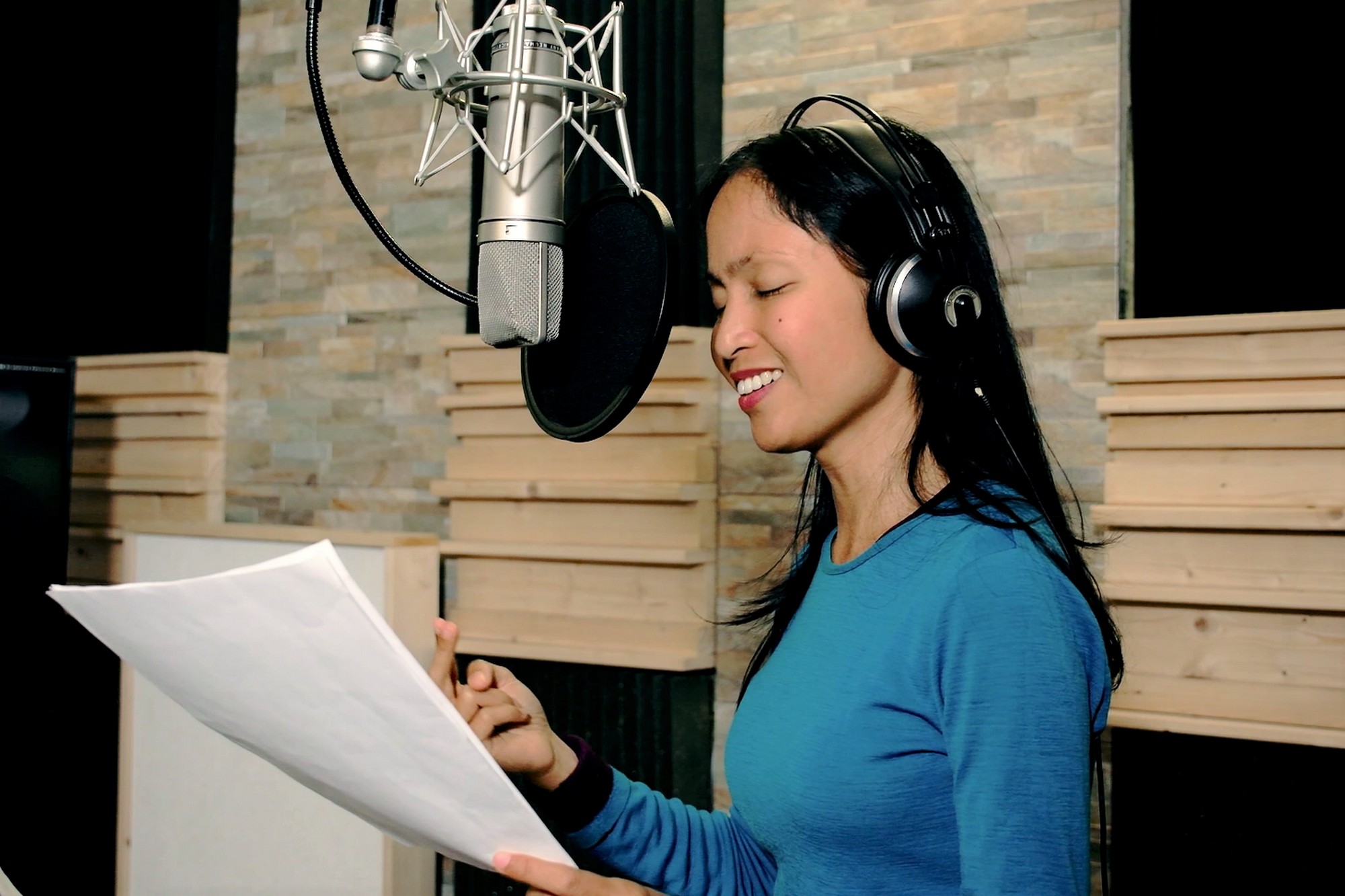 There is a deep, wistful warmth in the Tagalog kundiman: a warmth that underscores the passion it always seeks to present. It’s been called the quintessential traditional Filipino love song, marrying sincere (but not sappy) sentiment to music that is unilaterally serene and soothing. It is synonymous with serenades in Filipino culture, but to think of it simply as such would be akin to saying that romantic love is the only kind of love.

Capturing and conveying what the kundiman was, is, and can be for Filipinos is challenging enough. Seeking to do that for a global audience could itself be the subject of a song, given life by the same kind of passion.

Mantle would like to introduce you to Fiona De Vos: a Filipina living in Austria who has begun doing exactly that with her album, Mahal na Likha: Songs from the Philippines.

Please tell us about how you came to be a songstress in Austria.

Like many people, I always enjoyed singing, ever since I was a kid. I went to an art high school and started taking classical voice lessons there. Afterwards, I studied Broadcast Communication and Information Media at university, only to go back to singing, studying music at a conservatory. However, after my studies, I wasn’t sure I wanted to be an opera singer. And so, I did other things, like translation and writing Tagalog learning materials. Then came the dark years of my life: my mom died, and I struggled with a serious illness, as well as mental and emotional problems. Thankfully, the darkness led to a new dawn. A beautiful healing journey that led, in 2018, to me coming home to music.

I originally planned to record demos and then maybe audition for opera or classical concerts. So, I contacted Aries Caces, a Filipino pianist living in Vienna, where I was staying at the time. Aries then introduced me to producer Michael Hecht, and video producer Lisa Punz. It was during that first meeting that the idea of recording an album of Philippine classical songs and kundiman was birthed. This was to become the album Mahal na Likha: Songs from the Philippines.

Then, in the middle of the recording project, Michael asked me to try my hand at pop songwriting. At around that time, I was also having some strange out-of-this-world experiences, which became a source of inspiration. Long story short, these led to the pop single “When Will I See You Again” and its music video.

How would you characterize your take on music?

I see music, at its essence, as a vehicle for expressing Love. And by that I don’t just mean romantic love, but also love for family, friends, one’s motherland, principles, the Divine, and so on. My approach to music creation is always, as much as possible, to do it with Love. To feel the Love springing forth from within, from the depths of one’s heart and soul, and to bring that out through music.

What goes into your creative process?

I connect within, deep within, and then let whatever arises simply unfold. Whether it’s songwriting or singing, whether it’s recording or performing live. There may be a few things that I would need to remember, say if during a recording session I’m asked to sing a line a certain way. But apart from that, I do my best to empty my mind and not think too much. These are truly the most beautiful moments for me. Singing or songwriting, and simply being in the present moment. There’s nothing else but the music, the words, and the Love that’s bringing them forth.

Please tell us about the collaborators who have had the most significant impact on your craft.

Definitely, my number one collaboration partner and producer Michael Hecht. I’m truly so grateful to him for opening up the wonderful world of songwriting to me. And he’s taught me so much, not just about music, but also about business and life in general. He’s an amazing musician and such a funny guy.

Also, pianist Aries Caces, who coached me during the classical album recording and made such a beautiful arrangement of the Pangasinan song “Malinak La’y Labi.” He’s a great pianist and friend, and I’m so thankful to him for introducing me to Michael.

And of course, video producer Lisa Punz. What she does is magic. She’s simply an amazing artist.

If you were to pick highlights from your past work, which would they be, and why?

Also, some of the most poignant moments for me were singing “Ugoy ng Duyan” for my mom while she was in the hospital, and then weeks later, at her wake. Singing while hearing sobs from the listeners, while trying to hold back tears myself. It was a time of grief, but at the same time, of gratitude, for the blessing that was my mom’s life and for the overwhelming support we received from family and friends.

What are your current projects?

Right now, I’m working on new songs. We intend to release a pop EP or album later this year or early next year. At the moment, we’re at Song #5. We also intend to make more music videos, and we’re preparing for concerts sometime this year.

Dante Gagelonia is the features editor of Mantle. He earnestly wishes he could sing well enough to do a proper kundiman justice.