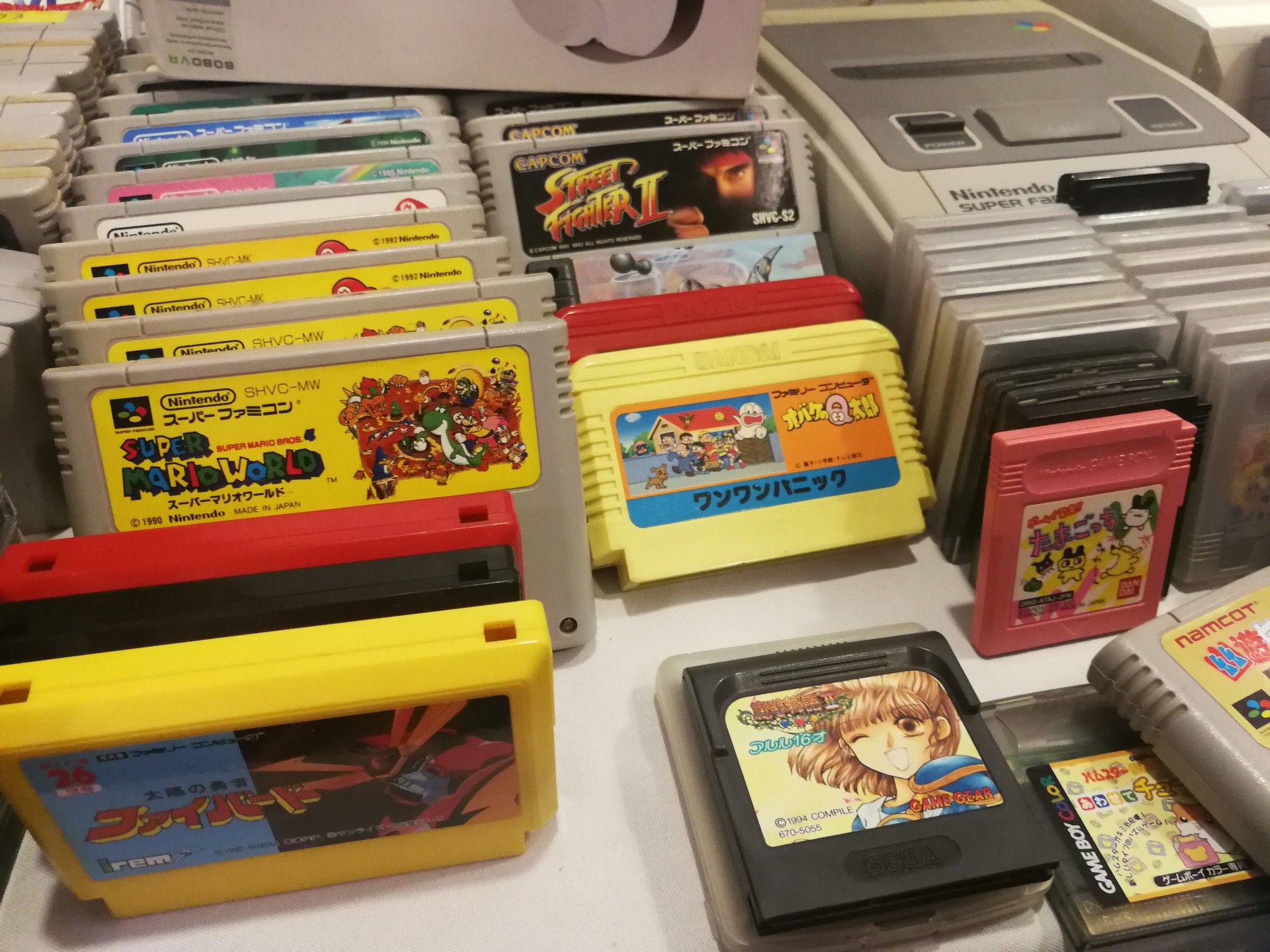 Taking a brief respite from adulthood by revisiting the beloved consoles and video games of the past.

There are many hot takes regarding the millennial obsession with nostalgia. But can you really blame our generation for seeking refuge in our Pokémon collection when the world is going to the crapper?

Retro Gaming Expo (RGX) was a mini convention held at Fisher Mall in Quezon City that featured old-school merchandise and throwback activities intended to make turn-of-the-century gamers feel young again. Upon entering the expo hall, my first impression was that the ‘80s and the ’90s threw up all over the place. To my left, there were stalls selling cartridges (or in colloquial Filipino, bala, which means ammo): the colorful Family Computer titles, the clunky gray NES, SNES, and N64 games, and the tiny Game Boy ones. There were also game discs for past PlayStation and Xbox consoles.

To my right, there was an entire row of visitors sitting in front of TV screens, faces illuminated by the glow of games from a bygone era (not to mention of varying quality of polygonal and 2D graphics). On the same side, they also had a free-to-play board game area and artists selling video game merchandise. There was a smattering of 8-bit and 16-bit sprites all over the walls, and right smack in the middle was a wonderful display of vintage video game consoles dating back to the late 1970s, featuring interesting pieces such as the ill-fated Virtual Boy and PSX.

Retro Gaming Expo was the little convention that could, and it came at a crucial time when I was falling out of love with gaming.

The formative years of my gaming life spanned the heyday of the SNES until the PlayStation One era. I grew up in a very strict household and was rarely allowed to go out and play with friends. Video games gave me an opportunity to explore beyond the confinement of our house and visit virtual landscapes. I was able to live vicariously through different protagonists and their adventures.

As a ‘90s kid, I was introduced to fundamental gameplay mechanics by playing platformers like Super Mario Bros., brawlers such as Street Fighter, and shooters like Contra. When I was an awkward teen in the early 2000s, I focused on improving my gaming skills and developed a preference for particular genres. I invested hours on end in survival horror titles like Resident Evil and Silent Hill, as well as JRPGs such as Star Ocean Quest 2, Suikoden 2, and Final Fantasy VIII.

As an adult, I went on to work as a video game journalist and stage host for gaming conventions. For a time, I was able to keep track of the video game trends but eventually felt exhausted. I was overwhelmed with the rapid-fire pace of video game releases and trends. And when I committed a very public mistake that affected my career, it made me question whether I deserved to continue working in this industry. I was out of touch with the modern gaming community because I just didn’t do well playing the recent games. In the same way that older people might be fixated on their own generation’s music, I clung to my childhood video game titles, which reminded me of a simpler time in my life. But I no longer had the energy to play even those games.

As soon as I heard the familiar bongo beats of the Donkey Kong Country theme song outside the expo hall, I knew I was at the right place. The venue was smaller than big-name conventions, but the place was certainly packed. I saw a bunch of guys playing the OG Dance Dance Revolution on a plastic mat as the speakers boomed the earworm “Butterfly” song by Smile.dk. I saw parents giving their children a crash course on the finer points of cartridge care. (It’s interesting how the proud tradition of blowing on a cartridge was passed on to kids who now play the Nintendo Switch. It doesn’t really help, but we do it anyway.)

The event ran activities throughout the day that didn’t distract from the main objective of bargain hunting. They gave away collectibles such as Guitar Hero peripherals. It was a surreal moment for me to actually know the answer to questions like “Who is the protagonist of the original Silent Hill game?” and “What is the full name of Dr. Wily from Mega Man?”

I checked out the stalls, spoke to the sellers and realized that some of them were selling items straight out of their own collection. I went about searching for interesting finds at the risk of my budget, and found games such as the infamously difficult Battletoads, video game adaptations of classic anime such as Cardcaptor Sakura, Sailor Moon, Magic Knight Rayearth, and Yu Yu Hakusho, and even games based on movies that maybe didn’t need to be made, like Home Alone.

My favorite finds included an amazing collaboration between Nintendo and Squaresoft: Super Mario RPG. There was also a golden N64 cartridge of The Legend of Zelda: Majora’s Mask, which featured a lenticular graphic of Link.

The atmosphere in the shopping area was chill. There was no fixation on popularity and stream views, or gaming skill and setup. People just kind of walked around and started conversation if they found a kindred spirit. I made a lot of friends that day because there was zero judgment for being a “filthy casual” and not being part of the “PC master race.” I also managed to score a free Chrono Cross PS1 game care of one of the sellers.

RGX was a stripped-down, back-to-basics convention that didn’t get bogged down by too many distractions, and it offered a treasure trove of gamer products. It was ideal for people who wanted to do the geek equivalent of antiquing but without the bandwidth for big crowds. The event wouldn’t have been possible without the effort of people from Retro Gamers & Collectors Philippines, who understood old-school gamers but also made room to accommodate younger gamers who wanted to be educated. The success of RGX also meant that there’s a market for smaller events in between major conventions.

As the event wound down to the tune of “The Moon” from DuckTales, I felt the urge to fire up a console once again; don’t get me wrong, I don’t hate modern games—I just don’t feel motivated to play anything in general. But seeing all the vintage items and watching kids learn about gamer relics reminded me why I got into gaming in the first place. I realized that I didn’t have to force myself to play and like every game that’s put out there. I could take my time and save my progress along the way.

Karen Mae de Vera is a freelance writer, content creator, and event host. She has worked in the print magazine industry for almost a decade and writes for major publications. She’s a cosplay enthusiast and all-around geek who owns an extensive Super Mario and Sailor Moon collection.