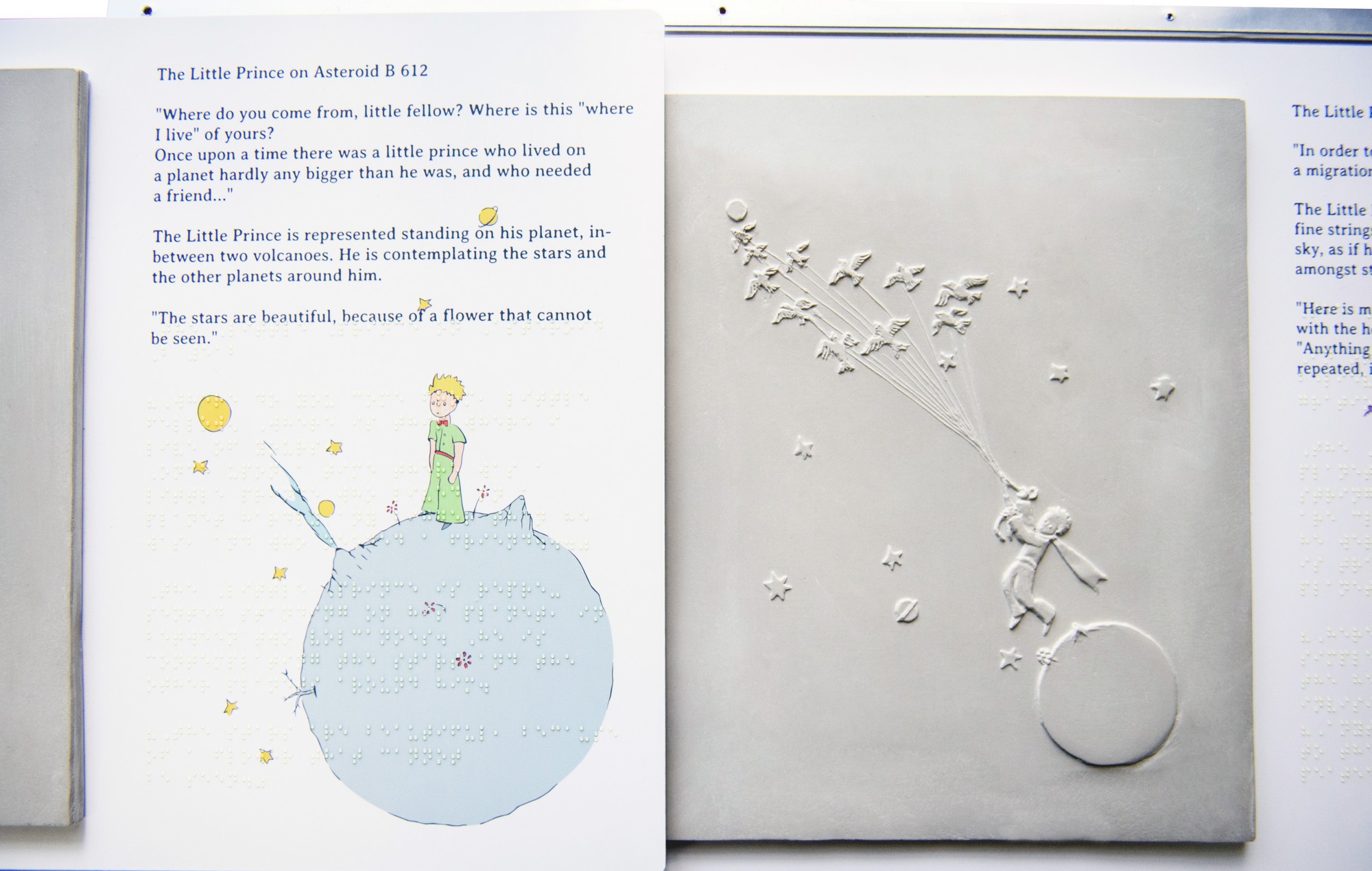 Why a 76-year-old book remains a source of inspiration for the watchmaking world.

Just last week, at the Oscars, Bradley Cooper wore something special on his wrist. It was The Big Pilot’s Watch Single Piece from IWC, a brand for which he’s currently an ambassador. A one-off piece with a 7-day power reserve, and a date display at the six-hour mark, the watch was certainly a looker. But what was special about it lay on the caseback. Engraved in 18-carat gold was the familiar figure of Antoine de Saint-Exupéry’s famous character, the Little Prince, and around him were the words “It is only with the heart that one can see rightly”—a famous quote from the book.

You’d never have been able to tell, had you only looked at the watch from the front, but I suppose it’s appropriate, when you consider the other half of that quote, which goes: “what is essential is invisible to the eye.”

The Little Prince is turning 76 this year, though age hasn’t really done anything to dim its popularity. It’s been translated into over 300 languages and dialects, and still sells nearly two million copies every year. It’s a book about life, love, loss, the imagination of childhood, the lack of it in adulthood, and just about every other essential thing there is to being human. A message like that just doesn’t fade quickly. And that message is still helping people now.

Just a few days ago, the watch that Bradley Cooper wore to the Oscars went under the hammer at Sotheby’s, raking in a winning bid of US$60,000. It was double the estimated auction amount, and that could either mean that the value of the story behind it hit home, or the value of the watch had jumped since Cooper wore it while performing the song “Shallow” with Lady Gaga at the Oscars (“Shallow” won an Oscar for Best Song that night).

Whichever one it is, all that money’s going to charity. Specifically, it’s going to the Antoine de Saint-Exupéry Youth Foundation, which will then use it to help the Association Arrimage.

Established by Dr. Claude Garrandès—a blind French artist, teacher, and publisher—the Association Arrimage has numerous projects, and the funding from IWC’s auction will go toward workshops for visually impaired children. Garrandès collaborates with the foundation to create tactile versions of The Little Prince, with embossed illustrations and braille translations, so the children at the workshops can both read and feel the iconic book’s contents for the first time. Seeing the illustrations is key to understanding The Little Prince, especially the drawing of the boa constrictor swallowing an elephant (which, in the story, is often mistaken for a drawing of a hat): I won’t spoil any of it, but if you haven’t read the book yet, this is one of most poignant and clever parts of the story.

The children also get the chance to learn how to draw, using teaching tools created by the Association Arrimage, and the next of these workshops is slated to happen this month in Bangkok and Hong Kong.

While the top bidder at Sotheby’s might have taken home a one-of-a-kind watch, it’s clear who the real winners are here. And since what is essential is indeed invisible to the eye, the spirit of The Little Prince (and its brilliant illustrations) finds another way to reach a new audience, even in its 76th year.