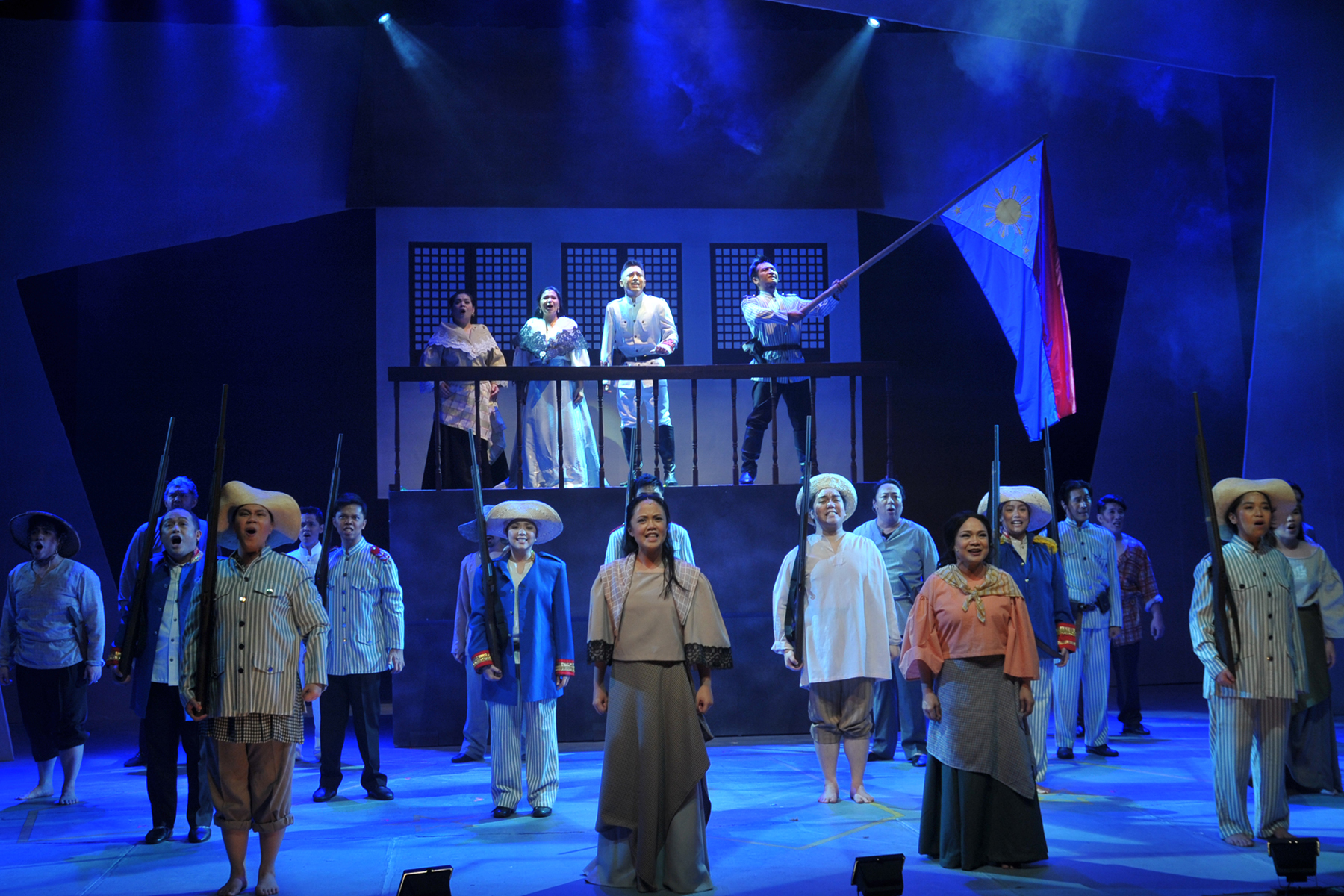 Repertory Philippines opens its 82nd season with the story of a life, told in song.

Why, why, I ask, as I struggle with anger, despair, hope, frustration, awe.

Why does it hurt so much to love your country?

It was difficult to parse through such feelings in the midst of tears, in the thrall of song, in awe of passion. But there I was, heart torn into a million pieces as I stood, applauding the show I had just seen.

How could a person born 150 years ago make my heart ache so much?

Miong is the first show in Repertory Philippines’ 82nd season. Originally staged in 1998, the show is a musical about the youth of Emilio Aguinaldo, the first President of the Philippines. No spoilers here (because really, read your history books!), but the show begins with the circumstances of his birth, and ends on a celebratory note: the declaration of the Philippines’ independence.

Miong is written and directed by Joy Virata, with music by Ian Monsod and additional lyrics by Freddie Santos. The cast features Tim Pavino in his first leading role, alongside Noel Rayos and Cara Barredo, as well as Meynard Penalosa, Elver Esquivel, and Lani Ligot.

I first saw Miong back in 1998 at one of the many celebrations of the nation’s centennial. It seemed like a time of joy, patriotism, and hope back then.

I suppose that memory was colored by my own context.

It was the summer between high school and college, and I was sixteen, eager to start a new life. I saw so many shows and concerts, many of them free or with tickets selling for hardly anything. My mother was determined to instill in me and my brother a knowledge of our country’s history, and perhaps a burning love as well, and so she dragged us to everything she could.

I remember Miong, then played by Robert Seña, singing of life at sea, of lady loves, of trying to find his own path in the face of familial expectations. I remember joy at the song and the dance. I remember awe at history coming alive before my eyes. I remember the thrill of witnessing a life, a legend, and seeing an ordinary kid, just trying to make sense of everything.

Yes, these are exactly the things a teenager would remember about that show.

I voted, got married, had a child. I loved, lost, wept, loved again. I worked, wrote, traveled.

It has been twenty years since Miong took to the stage.

Me, I feel those twenty years, too. This time around, I’m still smiling and laughing at young Miong’s escapades at sea and his adventures with love. I’m still in awe of the battles and the high emotion and the actors baring their hearts in front of strangers. But this time, I feel for Don Carlos and Kapitana Teneng, and their hopes and dreams for their son. I feel Miong’s frustration at being in opposition with Andres Bonifacio. I feel his confusion over who to trust, which way to go.

Most painfully, I feel the war within Miong’s heart, because it’s the same war in mine. It’s a desperate love for this country, warring with exhausting anger at those who choose to be divisive or passive. It’s a fierce longing for peace and security and dignity, at odds with a nigh-irresistible urge to impose violence on those with so little regard for the rest.

It’s the knife in my heart, twisting as I ask why things are this way, why can’t we all work together. Why, over a hundred years later, are we still aching over the same hurts?