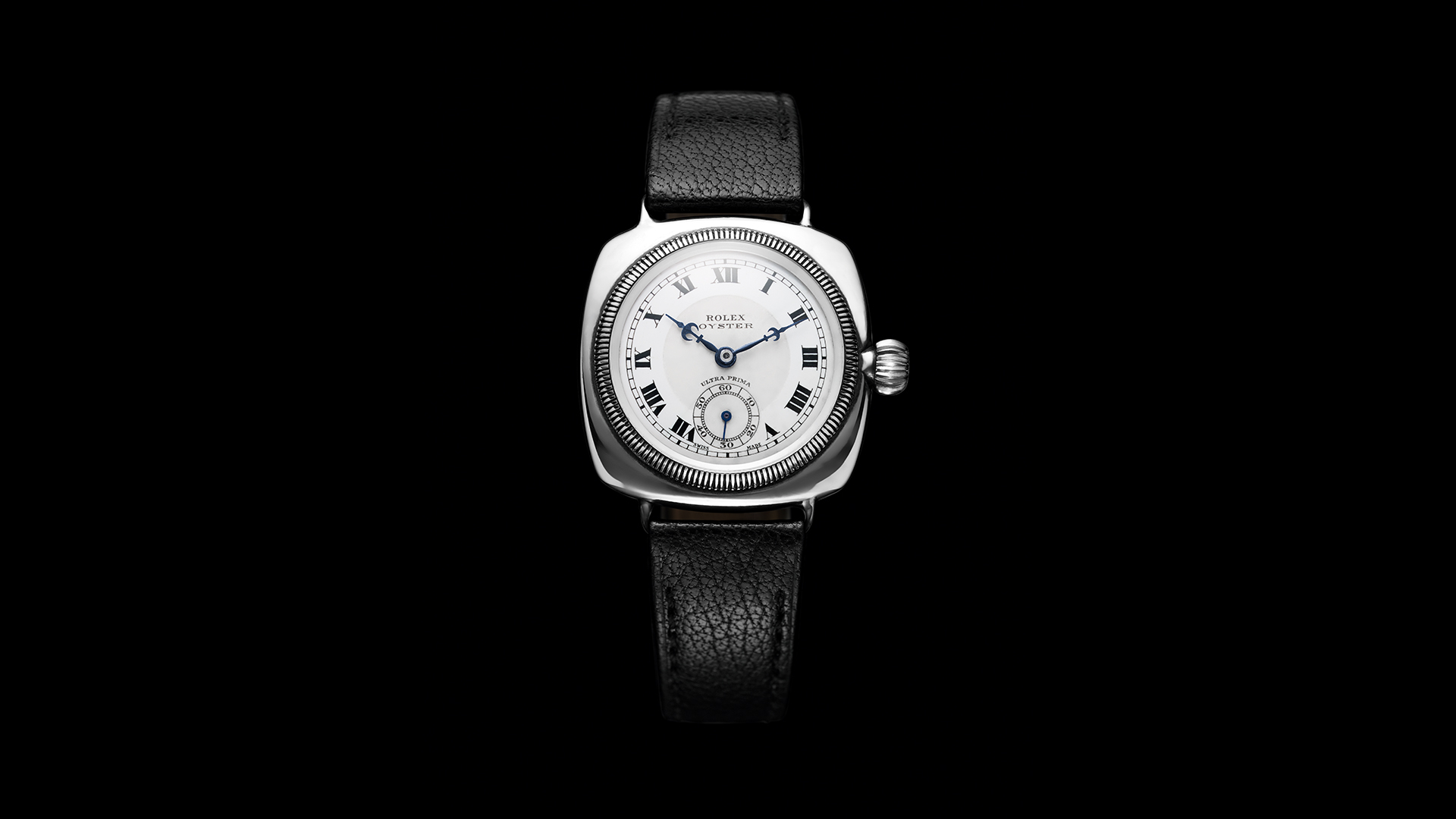 It has to do with history.

Even if you’ve never been interested in watches you will have most likely heard of Rolex. The brand and its reputation have been part of popular culture for so long that its image, its idea, is used to refer to success, to prestige, to adventure. It’s basically used as a metric for what the modern man should be, and it has mostly kept this role for decades, even as the “modern man” and his ideals have changed repeatedly. And whether you agree with that or not, Rolex has planted a flag that’s not likely to be uprooted anytime soon.

But why exactly is that? How has this brand become so iconic that it’s been called the engagement ring for men?

It has to do with history, and in this regard, Rolex’s roots run deep.

The story began when Hans Wilsdorf, the brand’s founder, created a company that distributed timepieces in 1905. Along with his partner, Alfred Davis, it was originally called Wilsdorf and Davis. All of 24 and armed with a dream and presumably a killer moustache, Wilsdorf imagined that wristwatches were the future of timekeeping. At the time, wristwatches weren’t as well-received as they are now, and people preferred the reliable, if larger, pocket watches as both status symbols and timekeeping instruments.

Nonetheless, Wilsdorf persisted, and he began selling wristwatches with tiny (for the time) precise movements that were built in Bienne, Switzerland, and installed in elegantly shaped cases.

Still, that wasn’t enough. Wilsdorf needed a name that would match his vision. He thought it needed to be short, easy to pronounce, sound pleasant, easy to remember, and look great on watches. That was when he came up with Rolex. Actually, according to him, the name was whispered to his ear by a genie as he was riding a horse-drawn omnibus in London. In any case, in 1908, Rolex officially had a name.

By 1910, part of Wilsdorf’s dream was realized as Rolex was awarded the Swiss Certificate of Chronometric Precision by the Official Watch Rating Centre in Bienne. Then, 1914, a wristwatch made by the brand was granted the Class A precision rating by the Kew Observatory in Great Britain, previously only held by marine chronometers. The marine chronometer is one of the watches that changed timekeeping history, used for keeping track of time while sailors were at sea for months. That’s how precise Rolex watches had become.

In 1919, Wilsdorf moved the company to Geneva, where it still resides today. From there, it began making some of the most iconic watches that still exist in some form today. Across the decades, Rolex would keep on creating timepieces that have become attached to some of the most daring events in history. Here are just a few of those watches:

This was the first waterproof and dustproof watch in the world, with a hermetically sealed case that protected the movement. For the first time, watches were not only elegant and practical, they were more durable as well. This breakthrough would set the stage for the watches to come.

In 1953, Sir Edmund Hillary and Tenzing Norgay reached the summit of Mount Everest. And while the members of the expedition were provided with Rolex Oyster Perpetual watches, there’s still some debate as to which watch Hillary was wearing when he actually reached the summit (another watch manufacturer, Smiths, also provided him a watch for the journey).

Norgay, however, was wearing his. The Oyster Perpetuals that were provided for the journey were to be the forefathers of the Rolex Explorer, which came out the same year as a new line of watches aimed at professionals.

Perhaps the most familiar watch in the Rolex range, the Submariner was the first commercial timepiece that could go up to 100 meters underwater. It was designed and built specifically as a robust tool watch for divers. Still, that didn’t stop it from gaining a cult following for its role in pop culture. Sean Connery wore it as James Bond in Dr. No, and Roger Moore (also playing Bond) had it on his wrist as well in Live and Let Die. Steve McQueen also frequently sported a Submariner, cementing its profile as a watch that was worn by some of the world’s coolest men.

In 1960, the Bathyscaphe Trieste—a submersible designed by the Swiss physicist-explorer Auguste Piccard—went on an expedition to the bottom of the Mariana Trench. At more than 10,000 meters down, it was the deepest dive that had thus far been attempted.

At the same time, Rolex had been working on an experimental watch, the Deep Sea Special, and decided that it would be a good idea to send it down with the expedition—attached to the Bathyscape Trieste’s hull.

By the time the submersible resurfaced, Piccard relayed a message via cable to Rolex headquarters, reading: “Happy announce to you your watch as precise at 11,000 meters as on surface. Best regards Jacques Piccard.” It was a new world record for both Piccard and Rolex, and the brand later used the findings to create a more commercial diver called the Sea-Dweller in 1967.