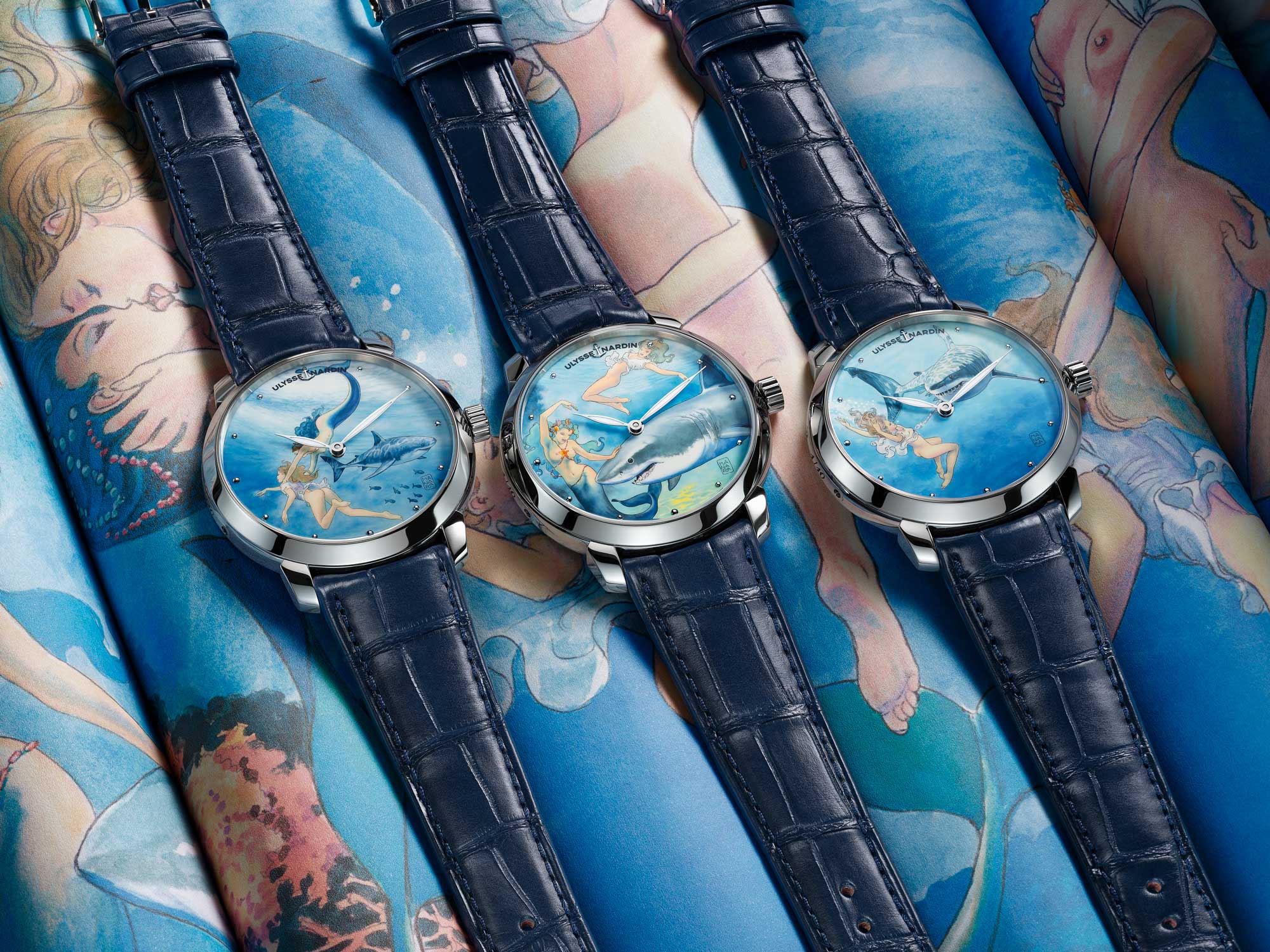 When you think about a medium for erotica, you think about television, film, art. Literature comes to mind, and maybe even music. The last thing you think about is watchmaking. You may not even think to go there at all. Because what do timepieces made of springs and gears have to do with love anyway? A lot, actually.

Watchmaking began as a medium for erotica as early as the 17th century. And it was probably the perfect time to do so. The subject wasn’t as openly discussed then as today, though watchmakers had the perfect medium: the back cases of pocket watches.

And yes, even venerable brands like Jacquet-Droz and Breguet dipped their toes into the honey pot (the links are obviously NSFW, but since you’re here reading this anyway, you might as well take a look).

This is a tradition that’s still alive today, though it doesn’t get quite as much coverage as the tourbillons and perpetual calendars and all the other complications or watchmaking arts. Still, the skill that’s required in making them is particularly demanding. Between miniature painting, sculpted automata, and the mental effort it takes to creating art that moves or art that moves the senses, this is a field that very few have mastered. Ulysse Nardin is one of those few.

Ulysse Nardin has a history of making these things, though you would normally hear about the more modest (at least in sensibilities) watches like the Trilogy series, which is astronomically inclined, and the Stranger series, which is essentially a collection of watches that are also music boxes with complicated tunes like Strangers in the Night.

The Voyeur features a complex minute repeater that chimes down the time, and it uses tiny sculptures of a man and a woman in a boudoir to do that. I leave it to you to imagine how that happens.

The series revolves around the clandestine meetings between Ulyssa, a mermaid, and Nadia, a human, as they explore the depths of the sea (and each other).

But how do you tell a story that can stand alone, even if you don’t buy all ten watches?

“I had to think of a theme that brings all these ten images together and yet leaves each one its autonomy, so that it works on its own without the need for the others,” Manara says. “This is not a linear story but there is a common thread based on two characters; one is a timeless girl and the other, a mermaid.”

Here’s a slideshow of all ten dials:

Manara has won several awards, including the Eisner and the Gran Guinigi, and has illustrated for Heavy Metal and Marvel Comics. However, his cover variant for Spider-Woman #1 has been infamous for how it drew some heavy criticism in 2014 for being hypersexualized and created a conversation about how women are depicted in comics.

For the Classico Manara collection, the originals were painted by Manara in water color. Each piece was then painstakingly hand-painted by artisans onto the dials with acrylic, and then sealed with a lacquer finish.

For now, you can watch the brand’s short documentary about the collaboration here: