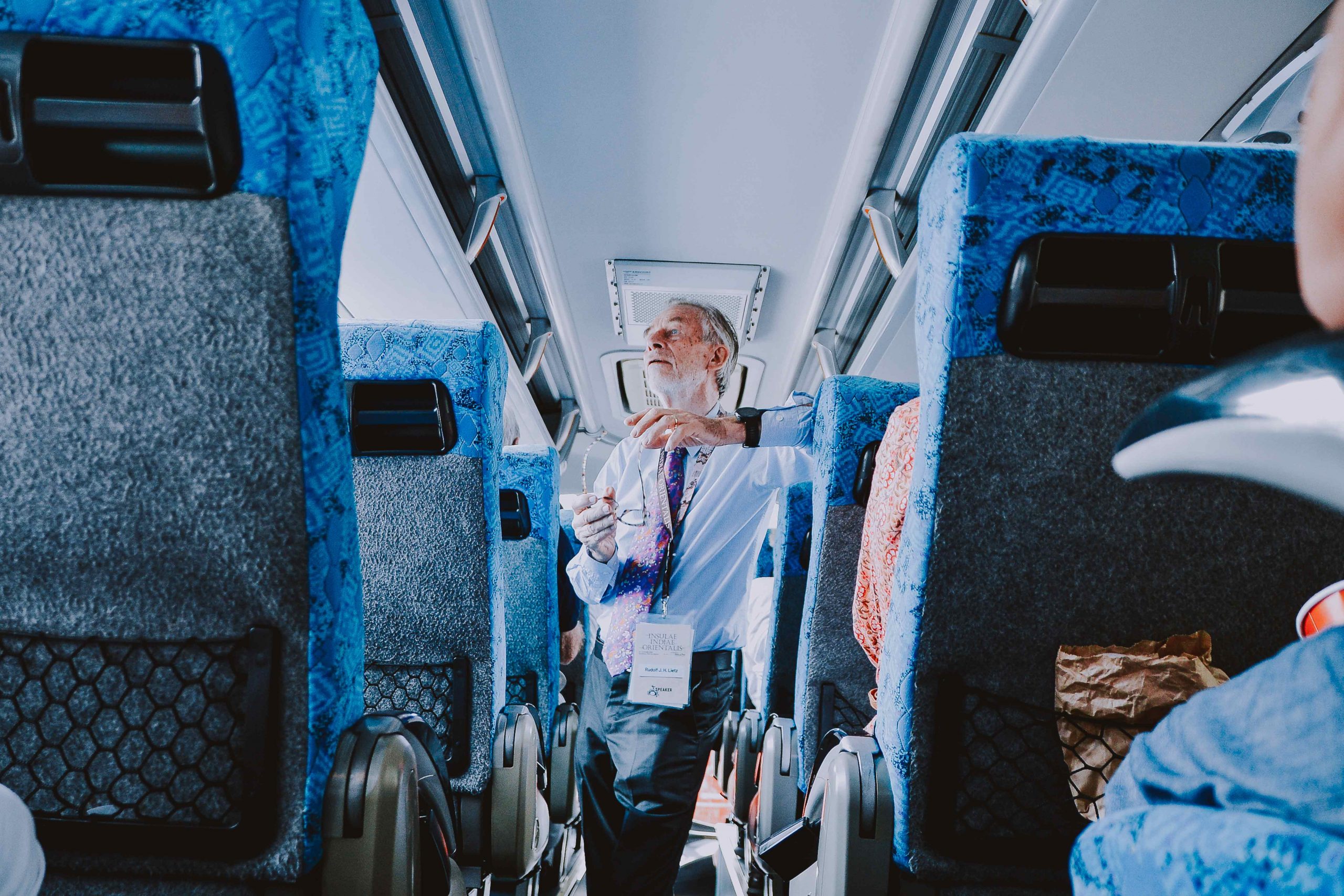 We take a closer look at Rudolf J. H. Lietz, and how his passion for maps has fueled both his own hobby and the enthusiasm of many other people.

Today’s growing prominence of appreciating and collecting antique maps and prints around the world can be traced to the ongoing efforts of the International Map Collectors’ Society (IMCoS), with proof easily found in landmark events such as the Indiae Insulae Orientalis. If we look even closer at this landscape, we can credit the growing illumination to the individuals who act as our guides: the people driven by their own love for the hobby.

One such person is Gallery of Prints proprietor Rudolf J. H. Lietz, the prime mover behind both Indiae Insulae Orientalis and the surge of public interest in antique cartography in the Philippines.

“How did I get into maps? Geography was laid in my cradle by my parents one way or another,” Lietz recounts. “My father was always interested in geography. That was his specialty in school, and eventually it became mine as well.”

It wasn’t just a broad appreciation of geography, though. Lietz had a distinct interest in islands. “Islands always fascinated me. Since childhood, since I was a kid. Why islands? Because you could be alone, you could philosophize, and you could sing. Nobody would complain,” Lietz cheerfully notes, “and islands cannot be discovered without a map.”

Lietz’s first encounter with a map was at a very early age, around five or six. He couldn’t read it yet, but he could follow lines and figure out what a rivers, lakes, and mountains were even if he couldn’t yet understand political borders. When he was in his early teens, he received his first print from an aunt. While he was disappointed that he couldn’t resell it because it was a reproduction (even back then he was already business-minded, and the 50 marks an original would have fetched would have been a nice payout), it did manage to fully hook him on maps.

Once Lietz properly got started with buying his own original maps and prints, he began with Dusseldorf, his hometown, and then progressed to the places he visited. He made it his mission to gather maps from wherever he went, and always new places. Never the same place twice: from an island in Northern Germany called Sylt, which was infamous at the time for its nude beaches, to other significant islands like England (“still an island, at the end of the day,” Lietz maintains), the Channel Islands, Cyprus, Greece, and many others.

As it became clear that his fascination with islands was his North Star, Lietz eventually did find himself in the Philippines. “Islands have haunted me until this very day,” he jokes.

After Lietz put down roots in the Philippines in the 1960s, he took stock of his sizable-and-still-growing collection and decided to step away from general European and travel-related material and focus on Southeast Asian maps. Eventually, he also decided to align his import-oriented business with his hobby: he set up Gallery of Prints in the mid-1990s so that the act of gathering and collecting would become self-sustaining.

“The majority of my personal collection perished [in that fire],” Lietz admits. “After the fire, for two years, I couldn’t touch maps or prints, not with a ten-foot pole.”

“Then I decided, when I was over it, that my focus needed to narrow even more. It took me 40 years to gather that collection of Southeast Asian maps. If I added another 40 years from 2007, that would make me 100 plus years old, and that’s unlikely to happen by normal life expectancy.”

Lietz is matter-of-fact about processing the experience with barely a pause, and as he resumes his story, he sounds more assertive and confident. “I said no, [I should] concentrate on the Philippines. So that’s why my focus since 2009 for my own personal collection has been only on the Philippines, even though Gallery of Prints does continue with Southeast Asia materials as well.”

That specialization in antique Philippine maps and prints has led to Gallery of Prints becoming a worldwide leader in Philippine materials by the map-collecting landscape. Lietz’s coffee table book, The Philippines in the 19th Century: A Collection of Prints, was the first of its kind that exclusively showed images of rare printed material, and it stands in tandem with the Philippine Map Collectors Society (PHIMCOS) catalogs that Gallery of Prints also sells.

Lietz’s personal collection has also grown quite nice again by his reckoning, even though he does miss some of the pieces and manuscripts that were lost.

Defending the value of preservation

“Over the years, people in this country have understood that printed material can be conserved properly even for the tropics, if done correctly and if handled professionally,” Lietz emphasizes. “One of the serious issues we have here is when people come in and we see how conservation was done poorly. Most framers here do not specialize in old paper. They know how to frame posters and so forth, but they are not trained in framing and handling antique material. They use Scotch tape, they use packaging tape, masking tape, normal adhesive tape to affix the item to matte boards that aren’t acid-free.”

While careful and conscientious preservation of antique materials can get pricey, Lietz points out that it’s a matter of getting value for money. Everything has a price, which is internationally driven by demand, supply, and quality. While it’s possible to get the same print at vastly different prices with the damaged and badly mounted one as the cheaper option, the pristine one is visibly better and retains its mint condition for the foreseeable future. The work to educate people about the value of that, he admits, is an ongoing challenge.

Map collectors and aficionados come from many different contexts, Lietz says, and there’s no fixed type of person. Some of them might have been antique collectors to begin with, while others may just have a casual enough interest to be happy having five or ten pieces in their homes.

“And then there are those who just like traveling,” Lietz enthuses, “especially amongst the overseas participants. [They like to] get to know another country amongst people of similar interest. That’s always nice if you move around with a circle of people who share the same interests that you have.”

In the same way that contemporary fandoms unite people from across the world, Lietz and his contemporaries tap into the spirit of togetherness that shared passions can bring. “The people we meet at the events, we get to know each other and keep in touch. It’s a small-knit community worldwide, and we make sure to meet regularly once or twice a year.”

That feeling of belonging is, to Lietz, the biggest benefit that one can get aside from the joy of pursuing this kind of specialized hobby. “It’s like being with old friends even if you meet them for the first time, because the topic that you share immediately you know what the other party is talking about.”