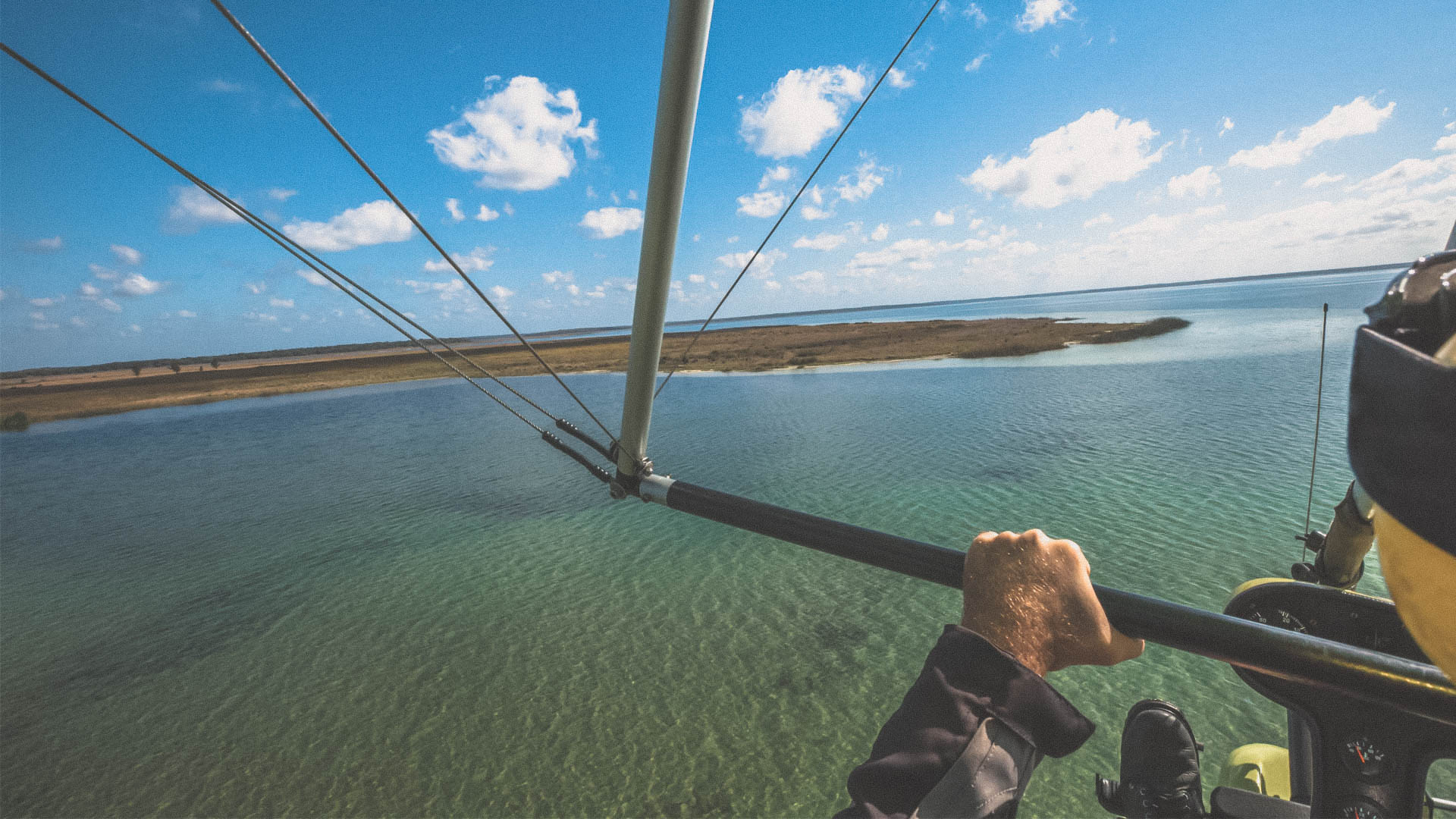 Everybody wants to fly.

I’m not a morning person at all.

But I wanted to fly, and that meant getting up at 5AM.

It was in 2015 when my best friend posted a photo of herself riding the Ultralight at Mati National Airport, Davao Oriental. Trip Advisor called it the “#1 Outdoor Activity in Mindanao.” I immediately put it on my bucket list, and I swore that the next time I was in Mati, I would not leave the city without trying the Ultralight.

Finally, 2018 found me in Davao City for some field work. I decided to go to Mati for the weekend, a five-hour ride on board the Bachelor Express to Mati City Bus Terminal. Ultralight flying was a service offered by the Mindanao Saga Flying Club, a group of pilots “passionate about sport aviation and dedicated to open the skies to everyone.” They offered flight lessons to those who wanted to earn a Sport Pilot License, and recreational flying to those who wanted to experience the thrill of sport flying. The service only accommodated walk-ins, so that visitors could ride on a first-come, first-served basis.

According to the club, the ideal flying times are from 5:30 AM to 8:30 AM, but the flights still depend on wind conditions; in fact, flights may be cancelled if the winds are too gusty. From PhP1,500 in 2015, it now costs PhP2,700 to ride the open ultralight aircraft, and PhP3,200 for the closed aircraft.

So yes, I was willing to get up at 5AM for that.

Ultralight flying was a service offered by the Mindanao Saga Flying Club, a group of pilots “passionate about sport aviation and dedicated to open the skies to everyone.”

When I arrived at the Mati National Airport in Brgy. Dahican, I was already fourth in line to try the Trial Instructional Flight, a 15-minute flight in an open ultralight aircraft. I rode a Quicksilver Sport 2S (USA), a doorless, floorless, wall-less machine with a four-stroke engine and two side-by-side seats.

The Quicksilver Sport 2S has dual throttles and dual rudder pedals. The shared center joystick is placed between the passenger and the pilot and has grips for two persons, which makes it easier for instructors to teach those who want to earn their Sport Pilot License. It features tricycle landing gear, or two wheels under the wings and a third wheel on the nose of the aircraft, called the nose wheel. Tricycle gear aircraft are the easiest to take-off, land, and taxi, which makes that kind of gear the most widely used.

When it was my turn to fly, I was asked to put on a helmet with a microphone so I could converse with the pilot as ground staff strapped me to my seat. There was no dress code, but it was pretty chilly up in the air, so passengers were advised to bring jackets or wear long-sleeved shirts, and to skip skirts or dresses. There was a footrest, but since it was an open aircraft, closed shoes would be the better option.

The pilot and I introduced ourselves–his name was Iking–and after a brief conversation (“Are you ready?” “YES!”), he maneuvered the aircraft towards the top of the runway, and we prepared for takeoff.

Iking revved the engine, and my excitement grew as the aircraft gained speed. After fifteen seconds, the Ultralight began to ascend, and I watched as the coconut trees grew smaller and the Mt. Hamiguitan Mountain Range came into view. I was lucky that the winds were not strong that day, so the flight was smooth.

While in the air, I saw Dahican Beach, the early morning sun making the blue-green water sparkle. While the beach, one of the top destinations in Mati City and a seven-kilometer stretch of white sand facing the Pacific Ocean, is popular with surfers and skimboarders, the water was calm that day. I saw fish pens and shrimp pens near Pujada Bay. I saw a river; I saw clusters of houses scattered in fields of green. I was better able to appreciate the beauty of Mati City from 500 feet off the ground.

Fifteen minutes went by too fast. Iking was a veteran pilot, and our small aircraft had a smooth landing.

Ultralight flying was exhilarating, Mati was beautiful, and the experience was unforgettable. The excitement lasted from takeoff to landing, and it was incredibly thrilling to be in an open aircraft and feel the crisp early morning wind on your face as you enjoy an unobstructed view of the landscape of Mati. Riding an Ultralight deserves its spot as the #1 outdoor activity in Mindanao.